OPINION: To increase Black leadership in Washington, D.C., and state capitals, it’s vital that the highly qualified Black Democratic candidates running this year draw strong support from Black voters and other voters of color as well as independents.

Black Americans have always been underrepresented in elective office. But we could see a big increase in representation for statewide offices in the November elections when a record 11 Black U.S. Senate candidates and five Black gubernatorial candidates are on the ballot.

While about 13 percent of America’s population is Black, only 3 percent of the 100-member Senate are Black. That goes up to 4 percent if you add in Vice President Kamala Harris, who can vote to break ties.

Not a single governor in office today is Black.

Fortunately, we have strong representation in the U.S. House of Representatives, where 58 of the 435 members—13 percent—are Black. Many serve as chairs of powerful committees like homeland security, education and labor, financial services and science and technology. But that could fall if Republicans pick up seats during the midterm elections, as all but two Black House members are Democrats.

Black Democrats are also running for other statewide offices. These include candidates for lieutenant governor in Illinois and Michigan and for attorney general in New York and Nevada.

Many Black Democrats are running against extremist MAGA Republicans who have pledged loyalty to disgraced former President Donald Trump, who continues to falsely claim he won the 2020 presidential election.

The key to election victories for Black candidates is forming broad coalitions and appealing to people of all backgrounds, as Douglas Wilder of Virginia did when he became the first Black person elected governor in U.S. history in 1989 and as Barack Obama did when he was elected as the first Black president in 2008.

Here are some of the key races involving Black Democratic candidates this year:

Warnock is also senior pastor at the Ebenezer Baptist Church in Atlanta, where the Rev. Martin Luther King Jr. was pastor. See his positions on issues here.

Walker was a great talent on the football field, but he’s out of his league when it comes to politics and government, lacking a basic understanding of key issues. Check out this long list posted by Georgia Democrats of his “latest ‘series of head-scratching comments,’ embarrassing gaffes, and flat-out lies.” He’s been endorsed by Trump and strongly supports MAGA Republican positions, including opposition to abortion rights.

Also in Georgia, Black Democrat Stacey Abrams is running against conservative Republican Gov. Brian Kemp. This is a rematch of their 2018 race.

Abrams is a Yale Law School graduate who served in the Georgia House of Representatives from 2007 to 2017, including as Democratic leader starting in 2011. She has spent the past four years fighting to protect voting rights, which Kemp has worked to restrict. Some of Abrams’ policy positions can be found here.

Democratic Congresswoman Val Demings, who is running to become the first Black person to represent Florida in the U.S. Senate, served in the Orlando Police Department for 27 years, including four years as the city’s first female police chief.

Demings drew favorable national attention when she was one of seven House members presenting the case against Trump in his first impeachment trial in the Senate. Her issue positions are detailed here.

The congresswoman is running against Republican Sen. Marco Rubio. Rubio is a strong Trump supporter who has embraced right-wing extremist positions, including co-sponsoring a bill that would ban most abortions nationwide after 15 weeks of pregnancy.

Cheri Beasley was the first Black woman to serve as chief justice of the North Carolina Supreme Court and is a former public defender. She is running to become the state’s first Black U.S. senator. Here are her positions on some key issues.

Democratic candidate for U.S. Senate Cheri Beasley will speak Saturday at a reception and fundraising dinner at the North Carolina Democratic Party’s annual state convention in Durham, which the African American Caucus is boycotting because it falls on Juneteenth and Father’s Day weekend. (Photo: Andrew Craft/USA TODAY NETWORK)

MAGA Republican extremist Rep. Ted Budd is running against Beasley for the open Senate seat. Trump’s endorsement helped propel Budd to victory in a three-way Republican primary over a former governor and a former congressman. Trump is scheduled to return to the state on Sept. 23 to attend a rally with Budd, who is co-sponsoring legislation to ban most abortions nationwide after 15 weeks of pregnancy.

Lt. Gov. Mandela Barnes is a former community organizer and state legislator and only the second Black person elected to statewide office in Wisconsin. He is running against MAGA Republican Sen. Ron Johnson. Here are Barnes’ issue positions.

Wisconsin Lt. Gov. Mandela Barnes who is running to become the Democratic nominee for the U.S. Senate speaks during a campaign event at The Wicked Hop on August 7, 2022 in Milwaukee, Wisconsin. (Photo by Scott Olson/Getty Images)

The Washington Post reported in June that Johnson “has been dogged by scandals and controversial statements….He has spread false information about the coronavirus, [and] was accused of racism for saying he would have been concerned had Black Lives Matter protesters flooded the Capitol on Jan. 6 instead of mostly White Trump supporters.”

The Post also called Johnson “one of Congress’s most prominent election deniers and Jan. 6 apologists—spreading conspiracy theories about rigged votes and playing down the severity of the violent assault on the Capitol as mostly ‘peaceful,’ while floating the idea that it might have been an inside job by the FBI.”

Wes Moore is running to become the first Black governor in Maryland history. Here is a summary of his positions on issues he would have to deal with if elected.

He’s a Rhodes scholar and served as a captain and paratrooper in the U.S. Army, leading troops in combat in Afghanistan. He also served as a White House fellow, working on national security and foreign relations.

Moore spent four years as CEO of the Robin Hood Foundation, which provided $600 million under his leadership to help families escape poverty. He is also a bestselling author of books dealing with race, equity and opportunity.

Moore is running against Trump-endorsed MAGA Republican radical Dan Cox, a first-term state legislator. Maryland Republican Gov. Larry Hogan, who is term-limited, has said he will not vote for Cox and called him a “QAnon whack jobs” and “a nut” who is “not, in my opinion, mentally stable.”

Politics isn’t a spectator sport. To increase Black representation in Washington and in state capitals, it’s vital that the highly qualified Black Democratic candidates running this year draw strong support from Black Americans and people of other racial and ethnicity as well as independents who ultimately will decide who control the outcome of the 2022 midterm political cycle.

Donna Brazile is an ABC News Contributor, veteran political strategist, an adjunct professor at Georgetown University, and the King Endowed Chair in Public Policy at Howard University. She previously served as interim Chair of the Democratic National Committee (DNC) and of the DNC’s Voting Rights Institute. She managed the Gore campaign in 2000 and has lectured at more than 225 colleges and universities on race, diversity, women, leadership and restoring civility in politics. Brazile is the author of several books, including the New York Times’ bestseller “Hacks: The Inside Story of the Break-ins and Breakdowns That Put Donald Trump in the White House.” @DonnaBrazile

The post A record number of Black candidates running for office is an opportunity to increase representation appeared first on TheGrio. 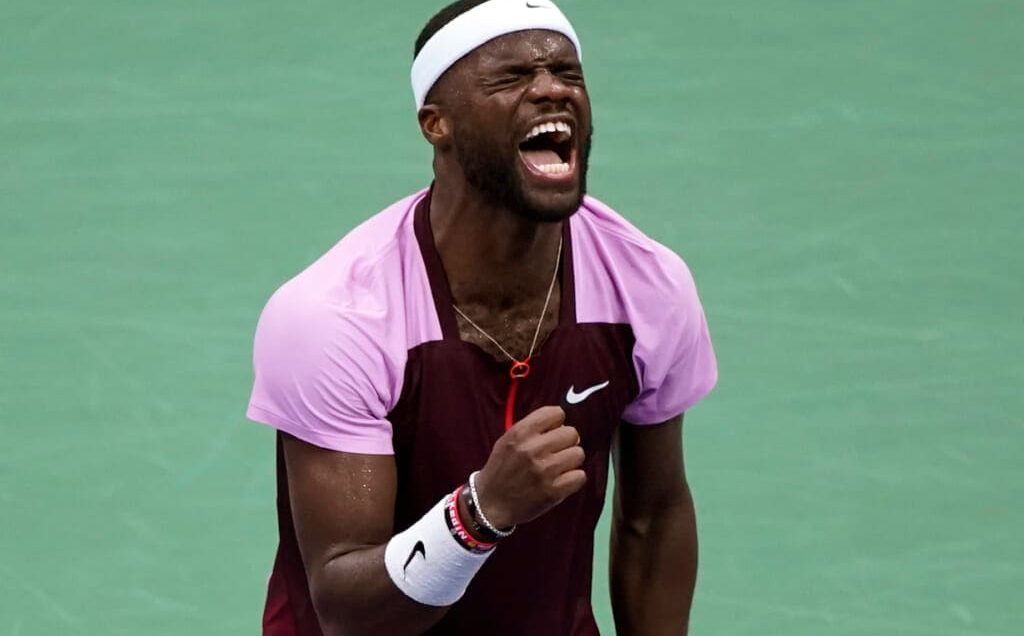 Tiafoe served better than Nadal. He returned better, too. And he kept his cool, remained in the moment and never let the stakes or the opponent get to him. NEW YORK (AP) — Frances Tiafoe ended Rafael Nadal’s 22-match winning streak at Grand Slam tournaments by beating...