Gov. Kay Ivey and Republican legislative leaders have said using the funds will help avoid using state dollars as well as paying interest on a loan

Alabama is weighing the use of $400 million in pandemic relief funds to build new prisons, a proposal that state Republican leaders say would save state taxpayer money but that critics argue is not the intended use of the federal aid.

Lawmakers on Monday are scheduled to begin a special session focused on a $1.3 billion prison construction plan to build at least three new prisons and renovate others. The projects would be done in phases and funded with a $785 million bond issue, $150 million in general fund dollars and $400 million from the state’s $2.2 billion share of American Rescue Plan funds.

Gov. Kay Ivey and Republican legislative leaders have defended the use of the virus funds, saying it will enable the state to essentially “pay cash” for part of the construction and avoid using state dollars as well as paying interest on a loan. 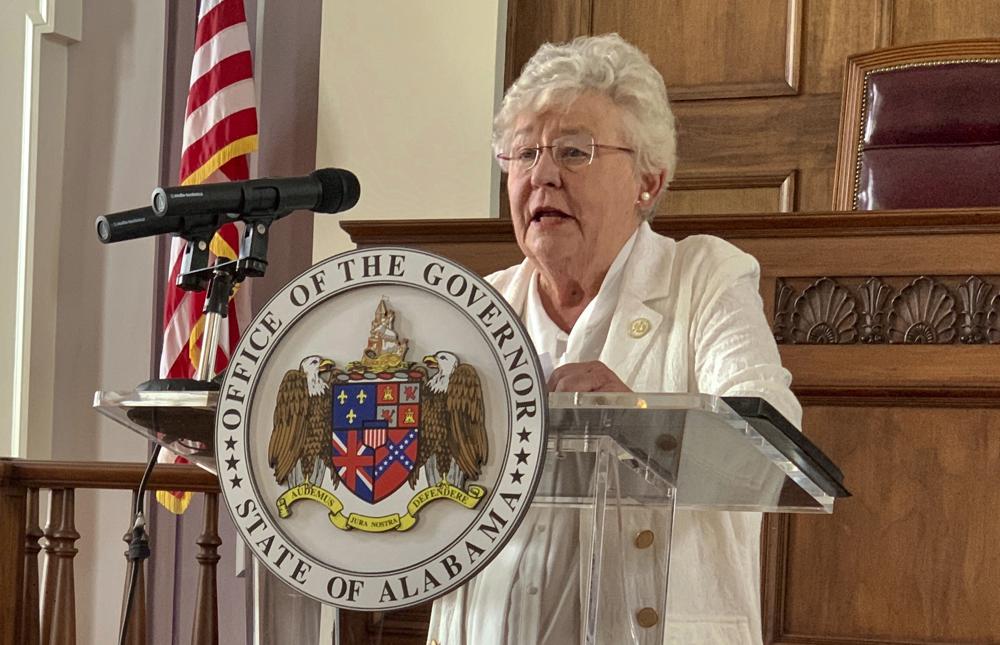 FILE – In this July 29, 2020 file photo, Alabama Gov. Kay Ivey speaks during a news conference in Montgomery, Ala. Alabama lawmakers return to Montgomery on Monday, Sept. 27, 2021, to vote on a $1.3 billion prison construction plan proponents say will help address the state’s longstanding problems in corrections, but critics argue the troubles go much deeper and won’t be remedied with brick, mortar and bars. Alabama Gov. Kay Ivey called a special session next week for lawmakers to vote on the construction plan as well as a sentencing and supervision bill. Ivey said Alabama is risking a federal takeover of the prison system. (AP Photo/Kim Chandler, File)

“We don’t have to borrow quite as much money and pay all that money back,” Ivey told reporters this week of why the virus funds should be used for prison construction.

Republican Sen. Greg Albritton, who chairs the Senate general fund budget committee, said legislative leaders are comfortable they can legally use the money for prison construction. Albritton said part of the federal dollars are to replace revenue lost during the pandemic. He said that pot of funds “has many, many fewer restrictions” on how it is used.

Dev Wakeley, a policy analyst with Alabama Arise, said while the state may be legally able to use the money for prison construction, the purpose was to do things that “will help everyday Alabamians in their lives, and to smooth out the recovery.” Alabama Arise is an advocacy organization for low-income families.

He said the money could be used for items such as an expansion of the state’s Medicaid program to provide medical coverage to previously uninsured Alabamians and child care programs.

“Congress surely did not contemplate, state governments, deciding that well, you know, we’re just not going to use this money to actually improve lives of people … instead we’re going to blow $400 million on building fancy new prisons that don’t even really get at the problems” of the state incarceration system.

As proposed by Governor Kay Ivey (R) and legislators:Alabama is considering whether to use $400M in pandemic funds to build more prisons. pic.twitter.com/0knJSypKtS

Rep. Chris England, D-Tuscaloosa, said there are “obviously better uses of the money.”

President Joe Biden’s sweeping $1.9 trillion COVID-19 rescue package known as the American Rescue Plan was signed in March, providing a stream of funds to states and cities to recover from the pandemic.

A spokesman said the U.S. Department of Treasury does not preapprove any specific uses of the funds and has not issued a final rule on usage. Treasury officials say the department is monitoring all proposed expenditures and expects any state or local government that uses state and local funds in violation of the eligible uses to repay the misused funds to the federal government.