Drake played the track, “Life of the Party” on SiriusXM’s Sound 42 radio show

André 3000 has been thrust into the years-long beef between Drake and Kanye West, and the hip-hop star wants nothing to do with it.

3 Stacks appeared on Ye’s “Life of the Party,” a song that saw the OutKast member pay tribute to his late mother, who died in 2013. Rolling Stone reported that the track was first played at a private listening party in Las Vegas for West’s Donda album, but was ultimately cut from the project.

André Benjamin at the AMC Networks portion of the Winter 2020 TCA Press Tour on Jan. 16, 2020 in Pasadena, California. (Photo by Tommaso Boddi/Getty Images)

On Saturday, Drake played the track as part of a guest mix he served up on SiriusXM’s Sound 42, according to Revolt.

Also on the song, Yeezy disses the Toronto-born artist and Drake’s leak of it comes amid the release of his own new album, Certified Lover Boy, which dropped on Friday.

André 3000 called the situation “unfortunate” in a statement to Variety. He also explained why “Life of the Party” was removed from Donda, saying the version he initially wrote lyrics to did not contain the Drake diss.

“A few weeks ago Kanye reached out about me being a part of the Donda album,” Andre’s statement began. “I was inspired by his idea to make a musical tribute to his mom. It felt appropriate to me to support the Donda concept by referencing my own mother, who passed away in 2013. We both share that loss.

I thought it was a beautiful choice to make a clean album but, unfortunately, I didn’t know that was the plan before I wrote and recorded my verse. It was clear to me that an edited ‘clean’ format of the verse would not work without having the raw, original also available. So, sadly, I had to be omitted from the original album release.”

Andre 3000 releases statement about “The Life Of the Party” being leaked with him and Kanye West. pic.twitter.com/f0wuqQXxUy

“The track I received and wrote to didn’t have the diss verse on it and we were hoping to make a more focused offering for the Donda album but I guess things happen like they are supposed to. It’s unfortunate that it was released in this way and two artists that I love are going back and forth.

I wanted to be on Certified Lover Boy too. I just want to work with people that inspire me. Hopefully I can work with Kendrick on his album. I’d love to work with Lil Baby, Tyler and Jay-Z. I respect them all,” he continued. 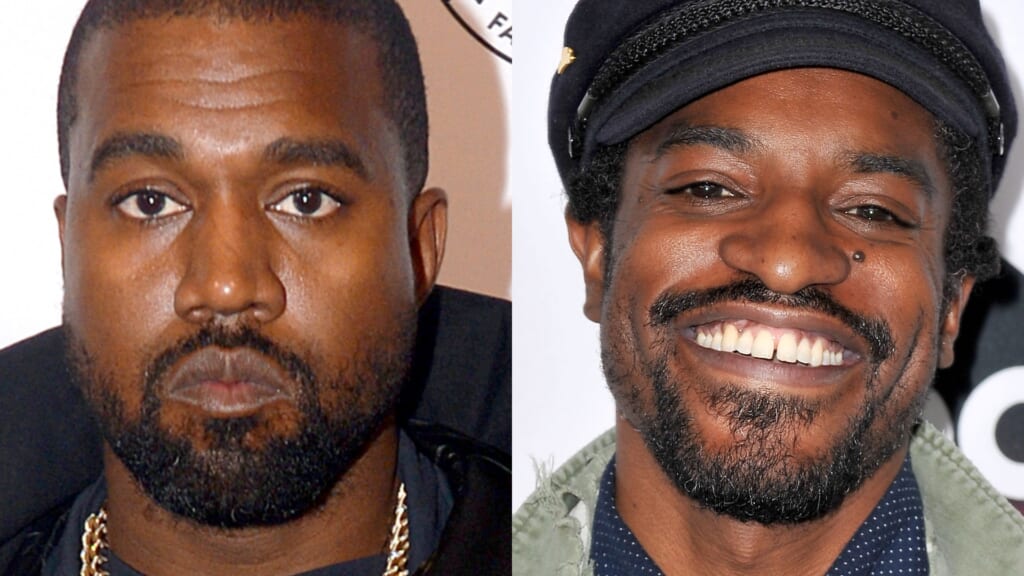 As theGrio previously reported, West first introduced the album at a large-scale listening party at the Mercedes-Benz Stadium in Atlanta, Georgia, on July 22. At the time, the album was expected to be released two days later, but was not.

Not long after, it was reported that West had built a makeshift recording studio inside of the stadium in order to make edits and changes to the recordings, according to Vanity Fair.

A second listening event was planned at the stadium, and fans heard new edits, additions, and omissions to the album. After links to pre-order Donda hit iTunes and Apple Music, it appeared that the album would arrive on Aug. 7. But again, it did not. A third listening party took place on Aug. 26 at Soldier Field in Chicago, Illinois, West’s hometown. Again, changes were made.

West’s manager, Bu Thiam, then confirmed via an Instagram story that the rapper/producer had finally turned over the album to be distributed for streaming, with the caption, “Delivered…,” according to Rap-Up.

Once the album dropped late last month, West claimed his record label released it without his approval.

“Universal put my album out without my approval and they blocked Jail 2 from being on the album,” he shared on Twitter.

Donda features several collaborators, including The Weeknd, Kid Cudi, Jay Electronica, Travis Scott, and Lil Baby. One of the most notable guest features is Jay-Z, with whom West had a public falling out years ago although it appears the two have reconciled.