The Biden administration is putting Black America at the center of the solution for climate change by expanding electric vehicle power stations into Black neighborhoods and dumping funds into HBCU renewable energy research.

This as President Joe Biden is set to tour a Ford Electric Vehicle facility Tuesday.

In an exclusive interview with theGrio, Energy Secretary Jennifer Granholm discussed this engagement as part of President Biden’s equity initiative that sparks tangible creativity and innovation from people who are not normally at the table or in the research lab.

Secretary of Energy Jennifer Granholm briefs reporters on the cyber attack on the Colonial Pipeline and the U.S. response during the daily press briefing at the White House on May 11, 2021 in Washington, DC. (Photo by Drew Angerer/Getty Images)

“My first venture out in this corporate environment was to Howard University … it was to announce a $17 million opportunity at DOE [Department of Energy] offering to support college internships and research projects and opportunities and to bolster investment in underrepresented use in minority-serving institutions,” Granholm told theGrio. 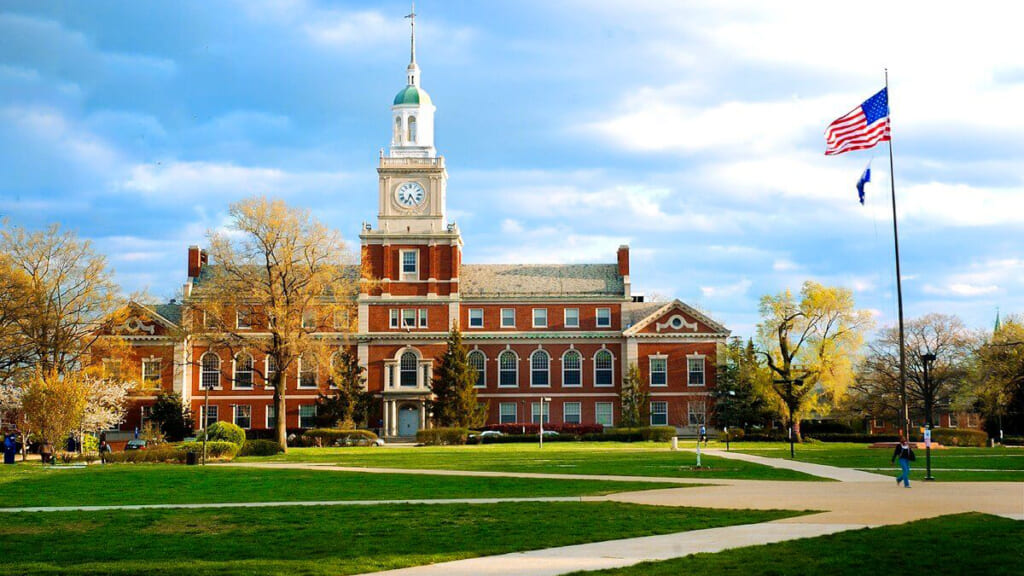 Granholm cited that there needs to be a community of diverse researchers. Her examples pointedly offer how discrimination slows down progression in advancements.

“If you don’t have diverse researchers at the table, your research product, whatever it is, is going to not be as effective. So, for example, when we have all this face recognition software out there, all this artificial intelligence, well, they’re the way MIS identifies African-American faces, especially in law enforcement,” says Granholm.

“Well, if you have more people of color who are on the teams doing the development of that software and that technology, then you will not have that problem. When cars first got seatbelts, they were made for male bodies and women got more and more injured in crashes as a result.

She added, “we have to have diverse participation in the design of these products and the research of them. And that’s why we need to increase the diversity in our laboratories, but of our stem, our science, technology, engineering and math workforce.”

Olay Body Celebrates 60 years of skin care science with all female body wash product development team by investing $100,000.00 in the next generation of women in STEM fields at P&G Mason Business Center on February 21, 2020 in Mason, Ohio. (Photo by Duane Prokop/Getty Images for Olay Body)

The Biden infrastructure plan includes a clean energy switch to electric vehicles and builds 500,000 charging stations in urban and rural areas as it simultaneously rebuilds America’s workforce. But there’s a glaring racial gap when it comes to ownership of energy-friendly electric vehicles. A 2021 paper published by the International Council on Clean Transportation, cites that Black and Latino car buyers make up 41% of traditional gasoline vehicle purchases, but only 12% of electric vehicle purchases.

McCarthy stresses “tax and consumer rebates” are also part of the plan to make this wave to the clean energy future affordable to all.

Another progressive piece to this bold puzzle, Granholm said, is that Justice40 investments “must go to communities who have disproportionately negatively experienced environmental pollution as a result of living on the fence line of smokestacks” and “where children can’t even breathe without an inhaler and communities that have felt and have been left behind by markets, for example, coal and power plant communities that have seen the market turn in different directions and are without jobs.”

Justice40 is an initiative that earmarks 40% of federally contracted dollars specifically for minority companies.

Under the American Rescue Plan umbrella, the Biden administration plans to offer contracts to a more diverse group of companies supporting environmental justice through Justice40.

Meanwhile, as the search for clean energy continues, the nation is working through its current issues of a gasoline shortage after a cyberattack on Colonial Pipeline, which is the largest pipeline system for refined oil products in the United States.

A man refuels at a gas station on May 12, 2021 in Fayetteville, North Carolina. Most stations in the area along I-95 are without fuel following the Colonial Pipeline hack. (Photo by Sean Rayford/Getty Images)

As of last Thursday when we interviewed Secretary Granholm she said, “by the end of the weekend, the vast majority of gas stations will have gasoline.”

However, there could be some isolated cases in rural areas that don’t have gasoline for the moment.

The pipeline extends 5,500 miles long and gasoline moves in a pipeline very slowly, Granholm pointed out.

The disruption created desperation and panic with the shutdown, however, Granholm assured that the gasoline would begin to move out of that line from Texas to the North East.