“Profiled: The Black Man,” a four-part OWN series on the Discovery+ network, debuted Saturday, featuring the company’s owners and co-founders.

Profiled: The Black Man, a new four-part Discovery+ docuseries created by OWN: Oprah Winfrey Network and executive produced by Tina Knowles-Lawson, kicked off Saturday with its first episode.

The Black Bread Company, based in Chicago, is one of the first Black male-owned businesses to be featured on the series, which is hosted by Tristan “Mack” Wilds. Its owners and founders, Charles Alexander, Mark Edmond and Jamel Lewis, are best friends, all from the South Side of Chi-Town, who partnered up to start the first-ever Black-owned sliced bread company in the world. 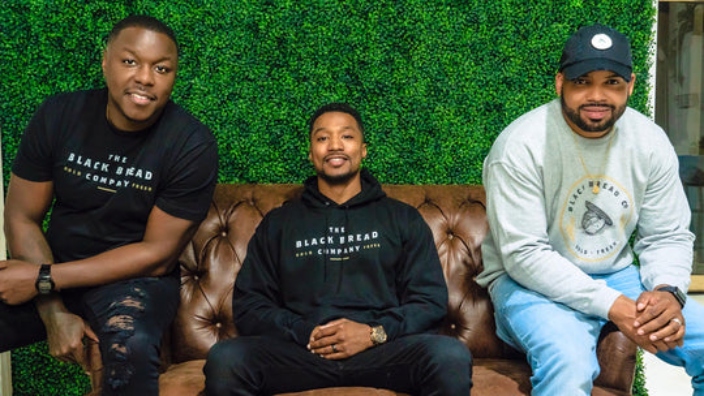 According to their website, the three “strive to inspire others to believe in the power of their own individual contributions to improve the world around them one great idea at a time.”

The trio was featured on the first Discovery+ episode of Profiled: The Black Man, titled “Black Men are Dangerous,” on which Alexander, Edmond and Lewis note that the founding and growth of their company was due in part to the global uprise that followed the police murder of George Floyd.

“For us to be on the first episode,” Alexander told The Chicago Tribune, “it gives us a really unique opportunity to dismantle that stereotype, to talk about if we’re dangerous, we’re dangerous in a way of succeeding — dangerous in a way of overcoming stereotypes, overcoming obstacles in our current lived experiences. It’s a chance to mix in our lived experiences, and we’re coupling it with how we created our company.”

“When we first started,” Edmond added, “we were told from a gentleman that was in this industry for over 40 years, that this was the first time his people were sitting down with Black people. To hear those statements, and realize the importance of African American business … our role is to say that all Black men are not dangerous. Just because we’re from Chicago, the South Side, young, Black males, we automatically have this stereotype, or stigma over us, which is not the case.”

The Black Bread Company — which sells a variety of sliced loaves and buns — ships its products nationwide, and its website contends the company has “centered our efforts toward providing you with the freshest quality in premium sliced bread.” The founders say they hope supporters join them “in using our powers collectively to encourage creativity and ensure generational progression to sustain marginalized communities.”

The men’s baking business was also featured on The Ellen DeGeneres Show last spring, where the talk show host tasted their bread and presented them with a check for $20,000 from Shutterfly to help grow their efforts.

Per theGrio’s previous reporting, the Discovery+ series’ official synopsis, per the press release, reads: “Through a powerful mixture of historical footage, real-life testimony, and commentary from an array of renowned thought leaders, Profiled: The Black Man aims to show the difficulties Black men have faced, both in the past and present-day, while also highlighting and celebrating the triumphs and resilience of countless extraordinary men. In addition, each episode will feature commentary from notable community members such as executive producer Tina Knowles-Lawson, civil rights activist DeRay Mckesson, activist Tamika Mallory, hip-hop culture icon Sway Calloway, the Grammy, Emmy and Tony award-winning Billy Porter and more.”