Many Black Americans excluded from white-owned cemeteries built their own burial spaces, and their descendants are working to preserve the grounds

As a child, Linda Davis and her mother broke clay pots over the gravesites of their ancestors, allowing the flowers in them to take root.

When she returned to Brooklyn Cemetery in Athens, Georgia, decades later in 2009, her grandparents’ temporary grave markers were lost, and shrubs and overgrowth blanketed the site. But it still felt like home to Davis, and she knew then it was up to her to restore the cemetery.

“When I walk through the cemetery, it’s like walking down the old streets of my community,” she said. 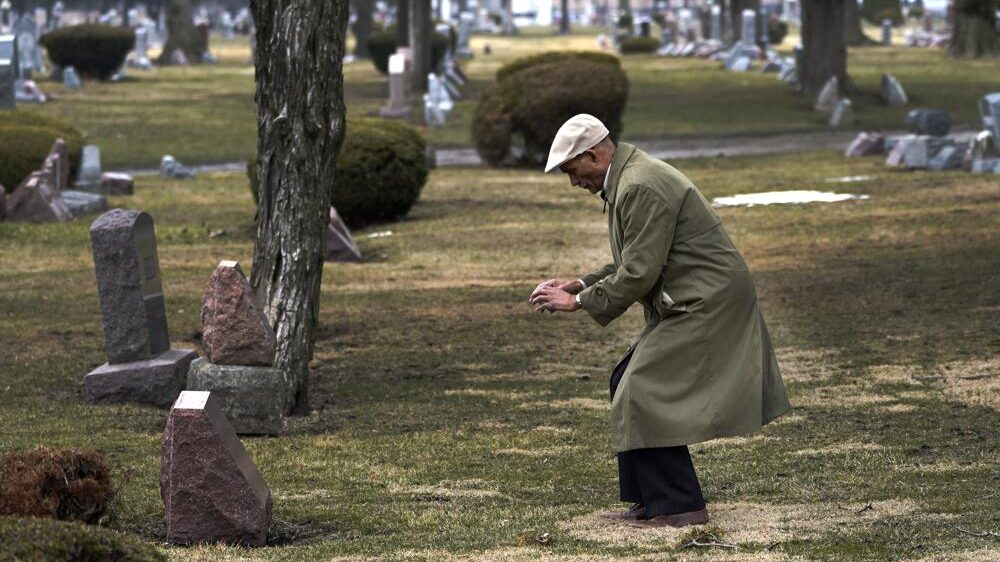 Tony Burroughs, CEO of Chicago’s Center for Black Genealogy, bends down Wednesday, March 17, 2021, to take a photo at the gravesite of his great-grandparents in the Oakridge Cemetery in Hillside, Ill. (AP Photo/Charles Rex Arbogast)

Similar Black cemeteries are scattered throughout the United States, telling the story of the country’s deep past of cemetery segregation. As these burial grounds for the dead mirrored the racial divisions of the living, Black communities organized to defend the dignity of their deceased and oppose racist cemetery policies.

Many Black Americans excluded from white-owned cemeteries built their own burial spaces, and their descendants are working to preserve the grounds. Racism still haunts these cemeteries, though, and many are at risk of being lost and lack the support other cemeteries have received.

Tony Burroughs, CEO of Chicago’s Center for Black Genealogy, began tracing his family’s ancestry in 1975, which led him to a cemetery in suburban Hillside, where he found the remains of his grandparents, great-uncles, great-aunts and great-great-grandparents.

“I’m in the process of telling their story, because they can no longer tell their story,” Burroughs said.

“Blacks have had to fight to get equal rights in every facet of life, including death,” he added.

In Chicago, wealthy white residents were laid to rest beside towering monuments in manicured lawns while people of color and low-income residents were buried in potter’s fields soaked with quicklime and with only wooden paddles identifying their locations.

“There are few areas of life that bigotry and discrimination do not touch,” said Michael Rosenow, associate professor of history at the University of Central Arkansas. “Even cemeteries became battlegrounds for dignity.”

Black communities responded to being barred from white cemeteries or charged more “by drawing on a long history of Black self-help and community organizing,” Rosenow said. In Chicago, they protested in the Illinois Legislature. The fight continued in the courts when in 1912 John Gaskill sued Forest Home Cemetery for refusing to bury his wife because of her race. 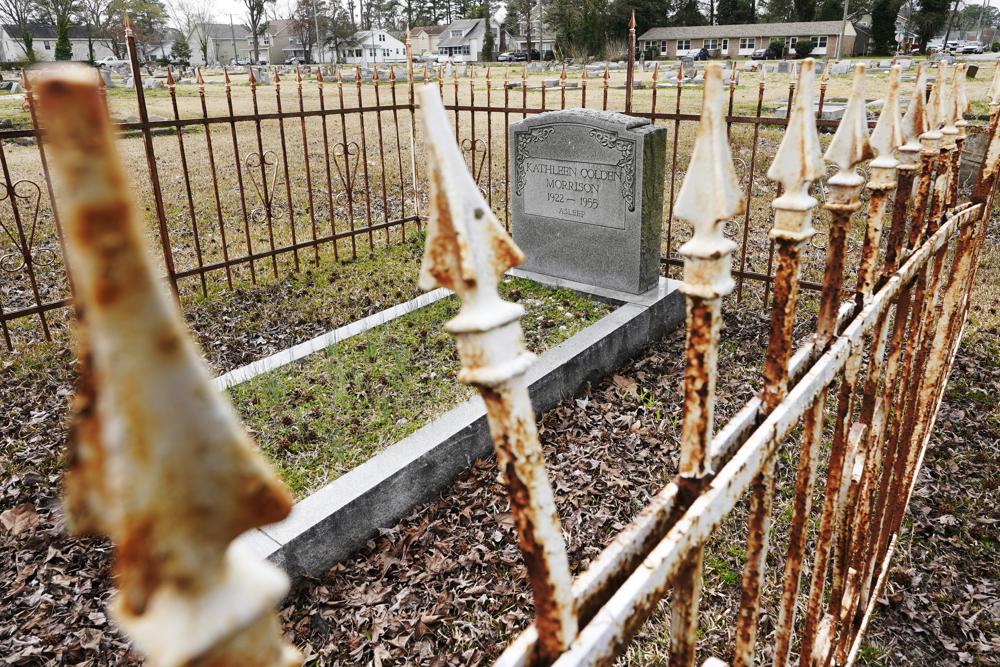 Black people weren’t the only ones excluded from white cemeteries or who organized to protect the dignity of their dead. The Chinese Cemetery of Los Angeles was established by a mutual aid group in 1922 as a burial ground for Chinese Americans then barred from buying burial plots. Countless Native American tribes have mounted decadeslong efforts to reclaim and rebury their ancestors’ remains.

Many groups built their own cemeteries as “a form of resistance,” Rosenow said. But without the same generational wealth and access to resources, Black cemeteries were at a disadvantage.

The effects of chronic underfunding are perhaps most visible at the long-abandoned Mount Forest Cemetery in Thornton, Illinois, where unkempt trees overhang a few crooked headstones peeking up from the grass. In some spots, the ground sinks slightly, marking where a body may lay.

Nadia Orton, a genealogist and family historian who has visited hundreds of cemeteries, said it frustrates her that people assume Black communities are always to blame when their cemeteries are abandoned or neglected.

“They’re trying,” she said. “They just haven’t had the help, and they don’t have the resources.”

She said city leaders are often responsible for the neglect of Black cemeteries or the bulldozing of them to make way for development projects. The cemeteries are sometimes the last remnants of Black communities that have been gutted by projects or gentrified, she said.

In many cases, the cemeteries left behind are hidden. A Tallahassee, Florida, golf course lays atop a burial space for slaves. A Black church cemetery has been paved over in Williamsburg, Virginia. The University of Pennsylvania campus sits on top of a 19th century Black cemetery. Bone fragments were found at the 126th Street Metropolitan Transportation Authority bus depot in East Harlem, New York, which also was once a Black burial ground.

“The examples are endless,” Orton said. 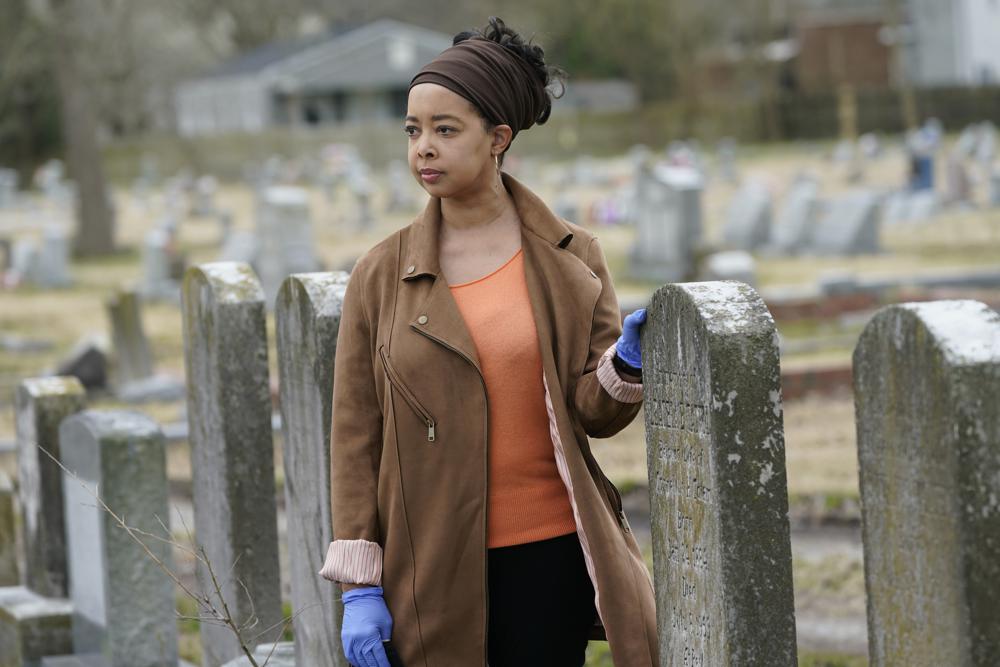 Nadia Orton, a genealogist and family historian in Virginia, poses next to tombstones at the Lincoln Memorial Cemetery in Portsmouth, Va., Tuesday, March 23, 2021. (AP Photo/Steve Helber)

Orton’s great-great-great-grandfather founded a community near Suffolk, Virginia, the city where Orton lives. A hotel parking lot sits where a cemetery once did.

“Am I standing on them now?’” Orton asked about her ancestors as she looked at her feet.

Virginia Rep. A. Donald McEachin has been fighting for legislation to better protect Black burial spaces after noticing in the 1990s how much money was allocated to preserving Confederate graves. McEachin helped introduce the African-American Burial Grounds Network Act in 2018. If the bill passes, it would create a nationwide database of historic Black burial grounds, help produce educational materials for the spaces, and make grants available for further research at the sites.

“A lot of our history has not been uncovered or told,” said founder Renee Ingram. “And so this is a way of educating … the next generation.”

But much of the preservation work still begins on the ground.

When Linda Davis decided to restore the Athens, Georgia, cemetery, she began the delicate, painstaking work of clearing debris and overgrowth. She kept remnants of vases, plates and urns in place.

“Even when it was in its worst disrepair, you could always find a grave that was being tended to, a couple fresh flowers, some kind of sign someone was still watching and caring,” she said.

Davis plans to pave paths, build a fence and restore broken headstones with support from local fundraisers and donations. She feels she’s carrying on the legacy of her ancestors and Black community organizers who opposed cemetery segregation and built these cemeteries.

“I believe I am walking in the spirit of the people who wanted a better resting place for their community,” Davis said.