A small, regional program that originated in Philadelphia public schools is committed to eradicating racial and gender inequality in K-12 mathematics. Black Girls Love Math is focused on encouraging Black and brown girls to pursue their passions in science, technology, engineering and mathematics.

The Philadelphia Inquirer interviewed girls who are members of the STEM program, plus founder and executive director Atiyah Harmon, as Black Girls Love Math celebrates the enrollment of its 300th student. 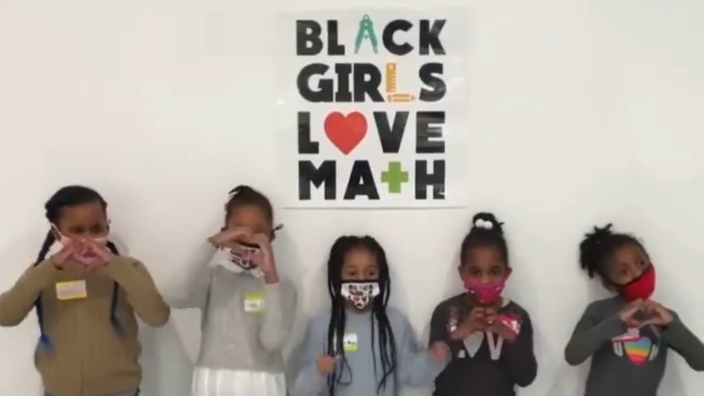 “There’s a cultural norm around who is good at math and who’s not,” Harmon told The Inquirer, “And Black girls aren’t seen as being good in math. But if you don’t see yourself represented in math fields, you’ll shy away from it. There just hasn’t been a push for Black girls to succeed in math.”

Yet, she insists, “They don’t have to be good in math. They just have to want to get better at it.”

The report references a study published in the journal Cultural Studies in Science Education last month titled, “Black girls matter: A critical analysis of educational spaces and call for community-based programs.” Natalie S. King’s study posits that Black girls have struggled in math because of a phenomenon known as “spirit murdering,” from teachers and authority figures “defined as the ‘disregard for those whose lives qualitatively depend on our regard.’”

The study notes, “When their (Black girls) spirits are constantly under attack, it becomes increasingly difficult for them to learn.”

But Black Girls Love Math purposely seeks to place Black girls “in a situation where they are seen as brilliant and capable and not positioned as less than,” said education professor Janine Remillard.

The program is currently being run at six Philadelphia schools and two Camden schools — all of which are elementary or middle schools.

“Math pays off for jobs you want,” one 10-year-old participant told the newspaper. “I fill up the entire paper in my notebook with numbers and, wow, it looks so neat. I’m proud of myself.”

That effect is one of the goals of the program: For girls to see how their education can impact them later in life.

“Normally, it’s hard for children to understand that what they’re doing today will have an effect on their lives down the road,” said La Shaya Duval-Shepherd, principal of Belmont Charter High School in West Philadelphia, whose daughter participated in a Black Girls Love Math 2021 summer session. “But the program helps them see.”