Black vaccine hesitancy may not be about medical bias, report finds

EXCLUSIVE: A new study conducted by Brilliant Corners and the National Urban League concludes Black Americans are less likely to get the COVID-19 vaccine due to misinformation

Data from the Centers for Disease Control (CDC) shows the Black population in this country still lags way behind their white counterparts when it comes to COVID-19 vaccinations — but a recent study reveals the reasons why may not be what was previously believed.

So far, the number of Blacks Americans who are fully vaccinated stands at 1.3 million compared to 13.8 million white Americans.

Read More: Barack, Michelle Obama get vaccine in new ad with all living presidents except Trump

Latiah Haley receives a dose of the Johnson & Johnson COVID-19 vaccine, the newest vaccine approved by the U.S. FDA for emergency use, at an event put on by the Thornton Fire Department on March 6, 2021 in Thornton, Colorado. (Photo by Michael Ciaglo/Getty Images)

Cornell Belcher of Brilliant Corners conducted a COVID-19 vaccine needs assessment poll for the National Urban League on Black hesitancy on vaccinations. Belcher said he is appalled by the huge disparity between Black and white Americans who have been vaccinated, calling it “structural racism in the medical industry.”

There are historical examples of this institutional racism with detailed stories often cited about Henrietta Lacks and the Tuskegee experiment. “We know Blacks have different outcomes than whites in the medical industry,” Belcher tells theGrio.

However, Belcher’s most recent study, “Vaccine Needs Assessment: Understanding Disparate Racial Experiences During Covid and Driving Positive Attitudes towards Vaccination,” finds that ”the vast majority of Black folks are ready to get vaccinated” and that “the lag isn’t because of them not wanting it.” 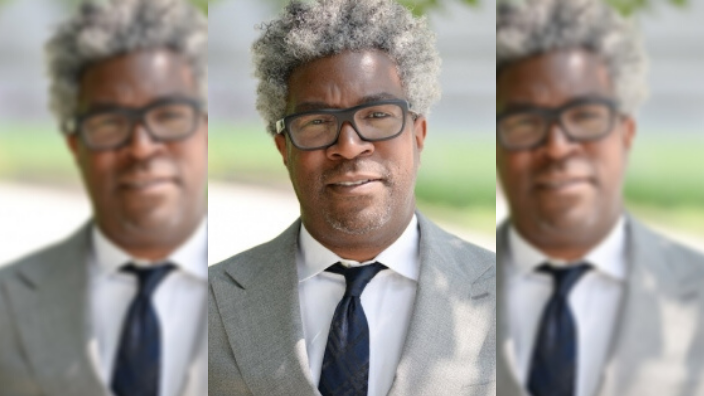 Belcher says his study shows “the percentage of those who don’t want to take the vaccine right now are reluctant because of misinformation or no information” and not necessarily because of concerns of historical racial bias in medicine. “We have to do a better job of communicating with people of color,” he adds.

The Brilliant Corners study commissioned by the National Urban League found that of the Black respondents who found the vaccine to be unsafe, 48% said they had heard or read something that made them less likely to take the vaccine. This data flies in the face of the previous conclusions that Black Americans were not interested in taking the vaccine due to distrust as a result of historical bias in the medical industry.

Additionally, Belcher’s study found that 35% of Black Americans who were studied blamed their hesitancy to take the vaccine on safety concerns such as side effects and allergic reactions. What’s more, 31% are concerned the vaccine was developed too quickly and that more testing is needed. Nine percent said they need more information.

The White House COVID-19 Task Force is working to address this dilemma, says Dr. Rochelle Walensky, director of the CDC. “We have to meet people where they are,” Walensky said Monday during a press briefing.

There are attempts around the country to increase the number of Black vaccinations. Congresswoman Karen Bass (D-Calif.) tells theGrio, “In Los Angeles, we have members of the city council like Councilman Marqueece Harris-Dawson who have used a community-based approach. For example, in order to get around people from more affluent areas coming into South LA, he started phone banking – just like a political campaign.

“The calls say ‘at this place, at this time, vaccines will be available,’ You know what happened? 90% of the folks that showed up were African American. Why? Because of the tactical outreach. Other community clinics in our area have it so that folks call into the clinics to set up appointments. When community-based approaches are used, we turn out to be vaccinated.”

A nurse administers a Johnson & Jonson COVID-19 vaccination to a houseless person at Wayside Christian Mission on March 15, 2021 in Louisville, Kentucky. (Photo by Jon Cherry/Getty Images)

Meanwhile, the numbers are not where they should be to achieve the intended herd immunity by late summer or early fall. However, in the Monday COVID-19 task force presser, Dr. Anthony Fauci of NIH offered the importance of not worrying so much about “herd immunity” and simply get vaccinated as soon as possible. The average daily vaccinations average 2.4 million a day with 37.5 million fully vaccinated.

Based on the findings from the Vaccine Needs Assessment study, Belcher says, “right now, it is about safety concerns driven by false information. Most common responses are [that the vaccine is] developed too fast and it is not safe.”

Belcher warns that those responses feed into each other, creating a ripple effect of vaccine hesitancy.

The post Black vaccine hesitancy may not be about medical bias, report finds appeared first on TheGrio.

Source: Black vaccine hesitancy may not be about medical bias, report finds