‘Catastrophic,’ ‘Devastated’: Those are some words used to talk about Detroit possibly losing Black representation 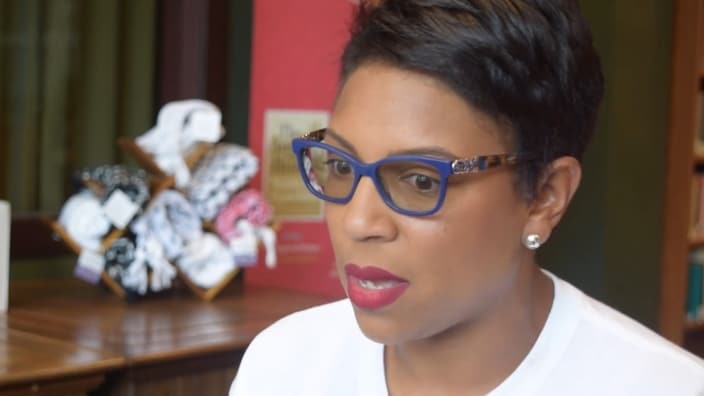 Detroit may soon have fewer Black legislators in Michigan’s capitol and no Black representation in Congress for the first time in more than 50 years.

Last week’s Michigan primary — the first held since the creation of a new citizen-led redistricting commission tasked with drawing fair congressional and state legislative districts — could be a harbinger of bad things to come for Detroit, the state’s largest Black community and the nation’s largest majority-Black city.

The Detroit Free Press is reporting that the Motor City could conceivably be on track to have no Black representation in Congress for the first time in more than 50 years. Things are not looking good on the state level either.

Currently, part of the city is represented by Rep. Rashida Tlaib, a Palestinan-American Democrat and a member of “The Squad.” However, state Rep. Shri Thanedar — an immigrant from India — could become the other lawmaker from the state’s 13th Congressional District after a primary win over eight Black candidates.

Michigan state Sen. Sylvia Santana will be the lone Black senator from Detroit in the legislature if she wins reelection this fall. Currently, there are four. (Photo: Screenshot/YouTube.com)

Some blame the redistricting commission for this state of affairs, while others believe it is premature to make that call.

Independent commissioner Anthony Eid, however, said it’s too early to make that call. “You can’t really judge a whole map due to one primary election,” he said. “I still think that after we look at this in 10 years, we’ll more than likely have more minority representation than what we had in the past.”

On the state level the new maps  — that resemble “spokes on a wheel” and may be challenged in court, according to the Free Press — could also have a negative impact on Black representation. Sen. Sylvia Santana won her primary and if she is reelected in the fall, she will be the only Black Detroiter in the state senate. Currently, there are four.

Similarly, the so-called “Detroit Caucus,” will shrink. It will become mainly suburban because some districts are outside of the city. Currently, 13 of 15 caucus members reside in the city. In the state’s next legislative session, the caucus numbers will swell to 23 but only eight members will reside in Detroit. Residents told the commission before it finalized the maps that white suburban Democratic voters would support candidates other than the ones who had the support of Black voters in Detroit.

For the most part in the primary, white candidates running for open seats in districts that straddle Detroit and the suburbs defeated Black Detroiters.

Democratic State Rep. Tyrone Carter of Detroit, who won in the primary, described the election as “a catastrophic blow” to the representation of Black Detroit. “If nobody realized it before this, representation matters,” he said.

University of Michigan political science professor Vincent Hutchings agrees with Carter’s assessment, citing policy decisions as one example. “Political scientists have been this question for many decades, the question of does the race of the representative make a difference and the short answer is it does,” he told the Free Press.

“Black and Latino legislators at the state legislative level and the congressional level on average just are more likely to be vigorous defenders of minority interests.”

The post ‘Catastrophic,’ ‘Devastated’: Those are some words used to talk about Detroit possibly losing Black representation appeared first on TheGrio.