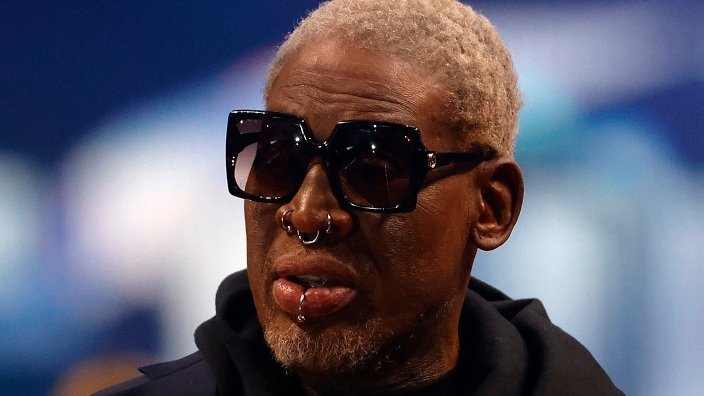 “I got permission to go to Russia to help that girl,” Rodman told NBC News at a restaurant Saturday in Washington, D.C.

Former NBA star Dennis Rodman says that he will soon be headed to Russia to assist with the release of imprisoned WNBA player Brittney Griner.

“I got permission to go to Russia to help that girl,” Rodman told NBC News at a restaurant Saturday in Washington, D.C. “I’m trying to go this week.”

Dennis Rodman, shown during the 2022 NBA All-Star Game in February, says he will soon be headed to Russia to assist with the release of WNBA player Brittney Griner. (Photo: Tim Nwachukwu/Getty Images)

However, an unidentified senior official with President Joe Biden’s administration discouraged the trip, telling the network: “It’s public information that the administration has made a significant offer to the Russians, and anything other than negotiating further through the established channel is likely to complicate and hinder release efforts.”

The NBA icon previously made multiple visits to North Korean leader Kim Jong Un and also met Russian President Vladimir Putin in 2014 after a trip to Moscow, even calling Putin “cool” afterward. Rodman has also given himself the credit for the release of Kenneth Bae, an American, from North Korea.

Griner was sentenced to nine years in a Russian prison after pleading guilty to drug charges. Many Americans view her incarceration as a further indication of the U.S.’ frayed relationship with Russia during the nation’s war with Ukraine. The Biden administration declared that Griner is being “wrongfully detained.”

Lawyers for American basketball star Brittney Griner filed an appeal Monday of her nine-year Russian prison sentence for drugs possession. Griner, a center for the Phoenix Mercury and a two-time Olympic gold medalist, was convicted on Aug. 4. (Photo: Evgenia Novozhenina/Pool via AP, File)

When she was sentenced, Biden released a statement, saying, “Today, American citizen Brittney Griner received a prison sentence that is one more reminder of what the world already knew: Russia is wrongfully detaining Brittney.”

“It’s unacceptable,” he added, “and I call on Russia to release her immediately so she can be with her wife, loved ones, friends, and teammates. My administration will continue to work tirelessly and pursue every possible avenue to bring Brittney and Paul Whelan home safely as soon as possible.”

America has reportedly offered Russia a swap of Griner and Whelan, an accused spy, for Viktor Bout, an imprisoned Russian arms dealer. After Griner was found guilty and sentenced to nine years in prison, the Kremlin said they were open to negotiating with U.S. officials.