‘I am always looking for new opportunities to grow and challenge myself.’

The Hall of Famer joins majority owner and team governor Ryan Smith, the billionaire tech giant and founder of Qualtrics. Wade is the latest pro baller with NBA ownership stakes, including Grant Hill with the Atlanta Hawks, Shaquille O’Neal with the Sacramento Kings, Michael Jordan is the controlling owner of the Charlotte Hornets, and Magic Johnson previously had a 4% stake in the Los Angeles Lakers.

“As a businessman, entrepreneur, and investor, I bring a lot to this partnership outside of my basketball experience,” Wade said in a news release. “I’m excited to help take the Utah Jazz to the next level.”

The NBA approved the sale of the Jazz to Smith in December. ESPN reports that Wade must purchase at least 1% of the team, per NBA bylaws.

“Dwyane is not only a basketball legend, he is also a great leader, businessman, and human being,” Smith said in a statement. “As we continue to build on the incredible legacy of the Utah Jazz franchise, we are excited to add Dwyane’s experience and expertise to the equation. Utah is an amazing place and I couldn’t be more thrilled about the future of the franchise and the future of this state. Dwyane’s influence will be important to both.” 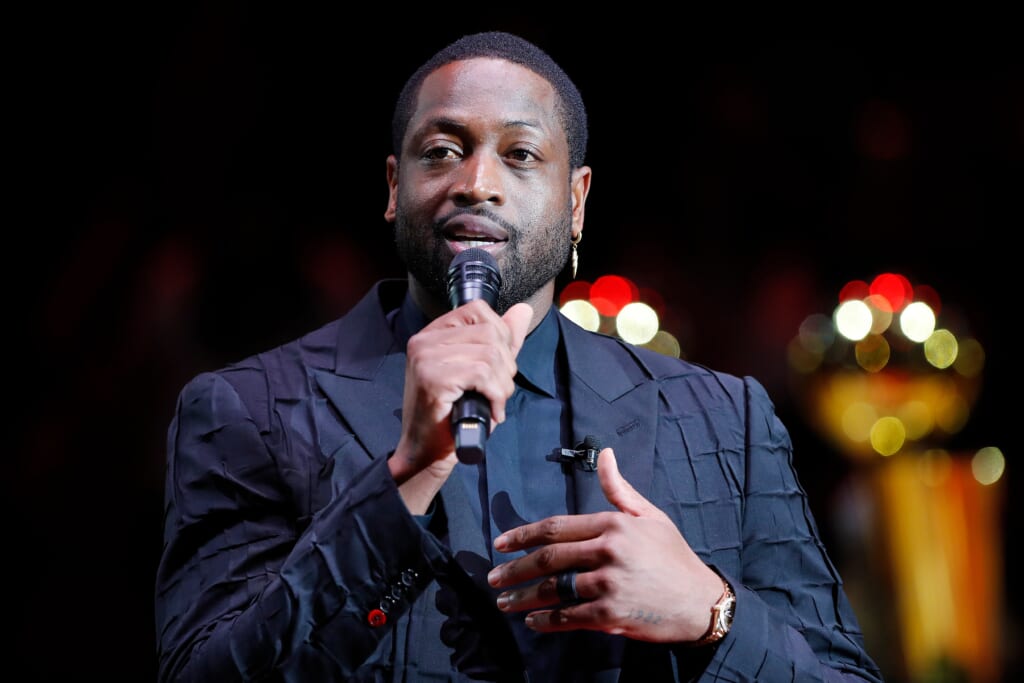 “This goes way beyond the dream I had to just play basketball in the NBA,” Wade told ESPN. “I’ve seen Shaq do it in Sacramento. I’ve seen Grant Hill do it in Atlanta. I’ve seen Jordan do it in Charlotte. If this partnership is going to be anything like my relationship is with Ryan, there are going to be a lot of things that I’ll want to be involved in.

“Unfortunately, people in my community don’t get this opportunity, and I do not take it lightly to have this opportunity. To make real change, this is where you have to be — at the top — and Ryan knows that. I’m thankful for him, and I know too that I bring a lot to this partnership outside of just my basketball knowledge and skills,” he added.

Shortly after his retirement from the NBA in 2019, Wade, 39, and Smith, 44, became fast friends after meeting on a golf course in San Clemente, California. Wade joins a small ownership group that includes Smith and his wife, Ashley; Accel partner Ryan Sweeney; Atlassian co-founder Mike Cannon-Brookes; and previous team owners, the Miller family, according to the report.

“Partnering with Ryan and the Utah Jazz is the perfect fit as we share the same vision and values,” Wade said in a statement. “Not only is this group focused on building a championship franchise, they are also committed to using their platform to do good and actively create a more inclusive, equitable world. We share a lot of the same goals and are trying to go the same places in life.

“I am always looking for new opportunities to grow and challenge myself. I’ve always done things my own way and this is the next step in my journey. As a kid from the south side of Chicago, this partnership goes beyond my wildest dreams of playing basketball, and I hope to inspire the next generation of dreamers,” he continued.

Wade intends to be involved in the franchise’s decision-making process, according to a news release. Meanwhile, Miami Heat owner Micky Arison has revealed that Wade had a chance to join the Heat’s ownership group.

“I want to congratulate Dwyane on his recent announcement,” Arison said in a statement. “We had discussed having him join our ownership group after his retirement, but he was not prepared to commit at the time. Of course I am disappointed that he didn’t reconsider. Having said that, I wish him good luck and much success with the Jazz. To me, Dwyane will always be a #HEATLifer.”

Speaking to ESPN, Smith noted that Wade “has had a chance to be part of so many different [ownership] groups if he wanted that.”

He continued, “We’ve basically been in discussion from the time we closed on the team on how we can get this done. Like I run my tech business, you want the brightest people around.

“There is a broad picture here. It’s much more than just basketball. This league is the biggest platform that there is, and we ran toward that. This isn’t a league where we came in saying, ‘Hey, this has gone somewhere we’re not comfortable with.’ This is actually what we signed up for. We’re the newest ownership group. We’re the youngest. Dwyane’s a perfect fit,” Smith said.

“It wasn’t like we wanted more partners; that wasn’t what we were trying to do. I want to work with Dwyane on and off the court, on the business side, and so do our partners — because of who he is as a human being and what he’s accomplished. Those are the kinds of people you want around,” he added.