Final season of ‘Insecure’ to premiere on Oct. 24

Issa Rae’s Emmy-winning comedy series Insecure will return for its fifth and final season in October and HBO has dropped a new teaser.

Rae took to Twitter on Thursday to announce that the final ten episodes will kick off on October 24, debuting weekly on HBO and available to stream on HBO Max. It announced in January that the fifth season of the beloved hit series would be the last.

The new teaser finds Rae doing some reflecting following the twists that unfolded last season. Check it out below.

“I just wanna be drama-free and happy,” Rae’s character, Issa Dee, tells herself in the clip. Her reflection in the mirror replies, “Maybe there’s a little voice in your head that’s telling you that you’re not done.” Rae fires back with, “That’s you! You’re the voice in the back of my head!”

Insecure first premiered in October 2016, and since then, has received critical acclaim and multiple Emmy nominations. The fifth season also sees the return of regulars Yvonne Orji, Jay Ellis, Natasha Rothwell, Amanda Seales, and Courtney Taylor. The hit comedy follows four Black women in Los Angeles as they navigate their work and love lives. Per HBO, Insecure continues to follow our favorite characters as they evaluate their relationships, both new and old, in an effort to figure out who and what comes with them in this next phase of their lives.

The crew and cast took to social media in June to express their emotions about the show coming to an end.

“Today is my last day shooting #InsecureHBO,” wrote Rae on Twitter at the time, alongside a series of photos. ”Said goodbye to some of my favorite people on Earth, on and off screen, this past week. Never imagined all the doors this would open. Forever grateful to those who paved the way for us to do us.” 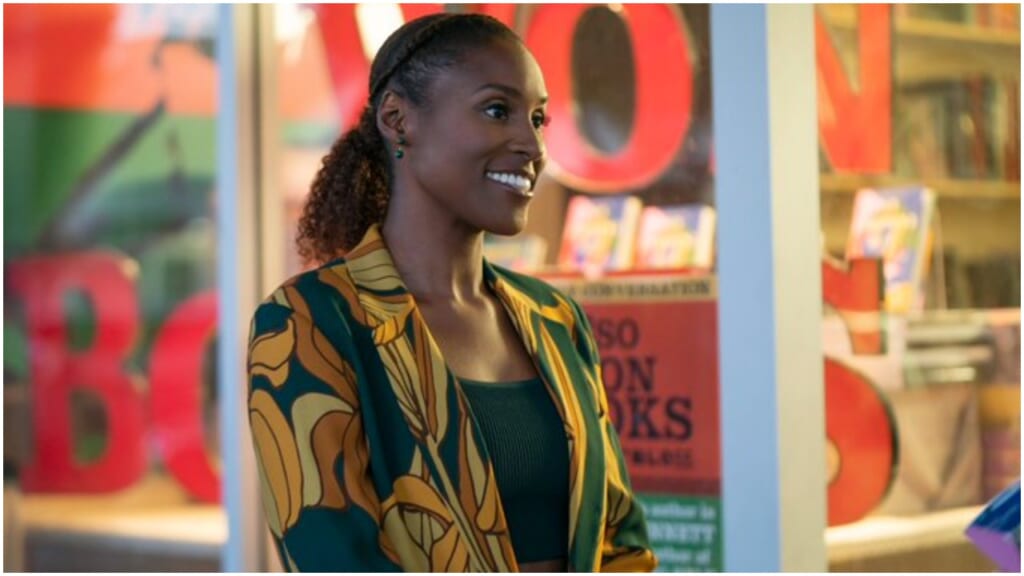 Rae previously opened up to PEOPLE about the end of her hit show, revealing that since season three she has been “wrapping her head around” the ending.

During filming for the final season, Rae told the publication that she tried to remain present while filming, “But being on set everyday, I’m definitely taking it all in on a different level now, just in terms of, ‘Wow, I love this family. This is my family,’ and we’ve done so much and these people are incredible, and I feel so blessed to work with them.”

She added, “I know I’ll look back on this time very, very fondly, as I do now,” she said.

“We always planned to tell this story through five seasons,” Rae told Deadline earlier this year. “But we couldn’t have made it this far without the tremendous support of our audience.”

“Prentice and I are so grateful that HBO believed in our show from the beginning and kept faith in us to see our vision through the end,” Rae said of the feel-good series she executive produces with Prentice Penny.

Today is my last day shooting #InsecureHBO. ????Said goodbye to some of my favorite people on Earth, on and off screen, this past week. Never imagined all the doors this would open. Forever grateful to those who paved the way for us to do us. pic.twitter.com/EUz6IOe85N

Insecure became a staple on HBO when it premiered. Loosely based on Rae’s Youtube series, Awkward Black Girl, Rae gave life to Issa Dee’s journey as she navigated Blackness in both her professional and personal lives.

The post Final season of ‘Insecure’ to premiere on Oct. 24 appeared first on TheGrio.

Source: Final season of ‘Insecure’ to premiere on Oct. 24