‘Friends’ reunion has arrived, but put some respect on ‘Living Single’

OPINION: HBO Max’s “Friends” reunion sounds like a total snooze. But do wake me up if and when a “Living Single” reunion rolls around for a true “90s kind of world.”

Does everyone have their plans together for the reunion episode of Friends on HBO? Didn’t even realize it was happening? Me neither, chile. And honestly who could blame us?

I’ve often found that, similarly to the make-up of the show, the fan base usually falls right along color lines, with many of my white friends being in love with the NBC sitcom, while many of my other friends …. Well, not so much.

While I’ve heard murmurings about the pending reunion episode, I can fervently and honestly say that I’m neither interested in watching it, nor have I ever been particularly invested in the show. But that may be because the series’ creators have never really shown interest in nor invested in people like me.

I remember growing up in suburban (read: white) northern New Jersey. You would have thought Friends was the only show on television. Sure I’ve seen a few episodes sporadically here and there (trust me, it was only because someone else had put it on, and I was going along to get along), but I could never get into the show in the same way my fairer counterparts could. 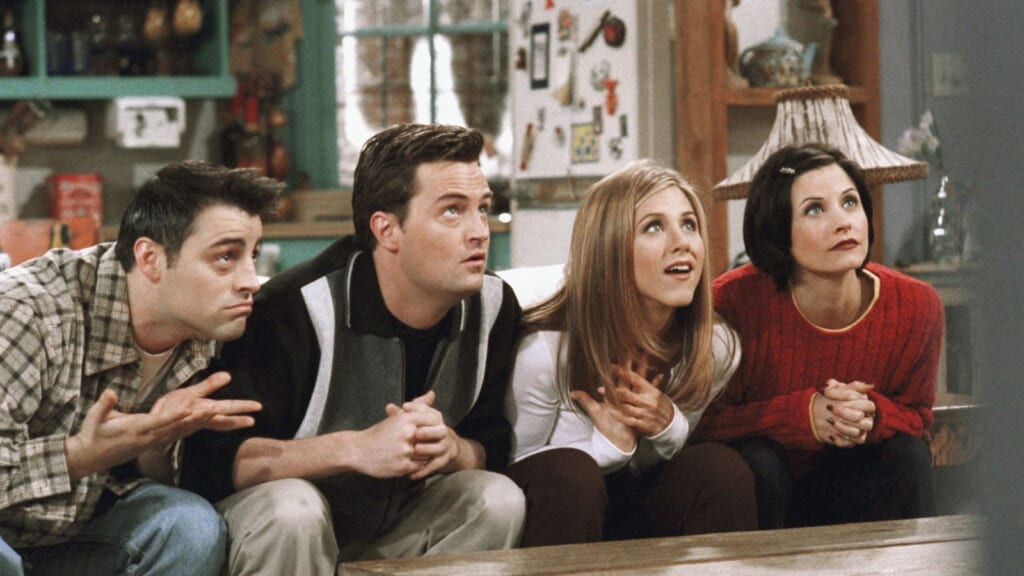 There were exactly zero characters I could identify or resonate with in any serious way. How you gon’ have a show in one of the most culturally, ethnically and racially diverse cities in the world (New York), yet feature absolutely no people of color, except the occasional cameo?

Where they do that at?!

Even then, the appearance of anyone who had even a little bit of melanin in their skin was few and far between, and they weren’t even at all that memorable. I literally cannot recall a single character of color without googling. Can you? I’ll wait.

In fact, a quick search actually turned up that throughout the show’s entire span of ten seasons (1994-2004), there were exactly two characters of color featured. Please — and, I really mean this — allow that to sink in. Even as a child and young teen, the show’s casting struck me as seriously lacking. And, it still does. Things that really make you think.

I may be biased as a late 80s baby myself, but the 90s was arguably one of the best eras in TV. Most of the programming I remember was family-friendly and therefore family-oriented; think TGIF on Friday nights, which at various times featured shows like Family Matters, Full House, Sister, Sister and Hanging with Mr. Cooper. 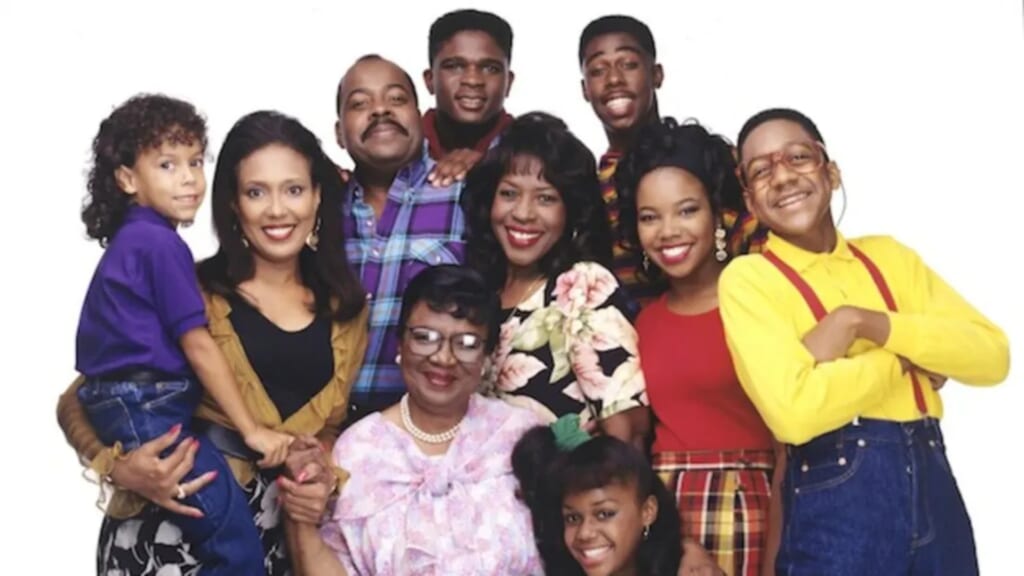 But Friends is considered to be a stand-out, an iconic cult-classic likely because many think that nothing like it had been done before; that the premise — a group of friends, navigating their way through the world, through the trials and tribulations of life, love and work, with all the accompanying comedic hijinx — was entirely new or original. It was not.

Now, if you’re reading this (and of the caucasian persuasion), please raise your hand if you’ve ever heard of Living Single. No?

Living Single, which had a five season lifespan (1993-1998), was also a show based on following the lives of a group of friends, who, in various combinations, lived together, loved each other and worked together. The difference? They were all Black, and rather than being set in Manhattan, it was of course, based in Brooklyn, New York.

Queen Latifah, who played the beloved character, Kadijah, was one of the creators of the show. She also came up with the show’s intro song, which is still a bop! Don’t believe me? Just watch.

What even is the intro/theme song for Friends? I honestly couldn’t tell you because I don’t remember, which mostly tells me that it certainly does not slap the same.

Not only was Living Single first, a fact which the chronological timeline alone makes clear, but it’s also demonstrably funnier (argue with yo mama) and more culturally relevant, with modern shows like Insecure paying homage to Living Single for paving the way.

During an interview with James Corden in 2016, Queen Latifah recalled the infamous origin story of Friends and how it was inspired by Living Single, which also starred Kim Fields, Kim Coles, Erika Alexander, Terrence C. Coleman and John Henton.

“It was interesting because when Living Single came out, shortly thereafter Warren Littlefield, who was president of NBC, they asked him if he could have any of the new shows on television which one would it be [and[ he said Living Single,” said Latifah. “And next thing you know here comes Friends.”

Furthermore, the characters and storylines on Living Single are much more believable for the time period. They had relatable careers and jobs, which didn’t require suspension of disbelief in order to justify their living arrangements.

Friends, on the other hand, has always had us all scratching our heads and saying “huh?” due to the fact that the character’s careers could hardly maintain and support the lifestyles and living quarters showcased on the show. Unless, of course, they all had co-signers, which for some young, white twenty-somethings in NYC, I guess isn’t too much of a stretch.

Now, to be fair, some of the cast of Friends have discussed the obvious lack of diversity. Lisa Kudrow, who played the character Phoebe, last year surmised that should the show be done again today, the cast would look much different and be a lot more diverse. But I find that statement to be a bit disingenuous. This was the 1990s and early 2000s we’re talking about; not the 1890s or early to mid-twentieth century, which I could maybe understand.

But given that we’re talking about just two to three decades ago, there is literally no excuse other than they either didn’t think of it (which seems dubious at best) or quite frankly didn’t care (which seems much more likely), so please miss us with that nonsense and bye Felicia (or in this case, Lisa).

Another notable is David Schwimmer, who played the character of Ross, and was the only character to have any non-white romantic interests on the show (an Asian woman and later a Black woman), which Schwimmer himself says he actively advocated and fought for at the time. 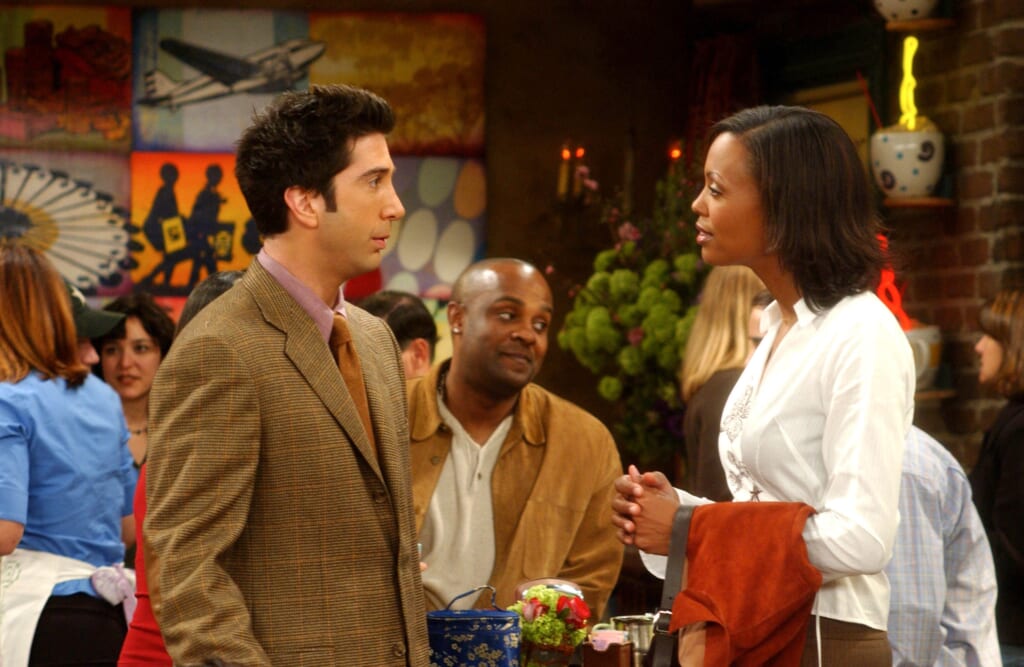 Just last year, Schwimmer proposed that perhaps there needs to be an all-Black or all-Asian Friends, but as many clapped back, Friends, with an all-Black cast, had already existed. What’s more, it’s reported that one of the proposed names for Living Single around its original inception was … you guessed it: “Friends.”

Folks, there’s a term for this and it’s called — say it with me now —  appropriation. And as with most cultural appropriations, the original creators are hardly ever properly acknowledged or credited.

While I’m genuinely happy for Friends fans, who may get their final fix with this reunion, let’s not fool ourselves into thinking that the show was at all original. This blueprint was most certainly Black. And, if it’s not already abundantly clear, let me state affirmatively that I will absolutely not be watching the reunion of Friends.

Quite frankly, it sounds like a total snooze. But do wake me up if and when a Living Single reunion rolls around, if only to relive, even for a moment, a true “90s kind of world.” 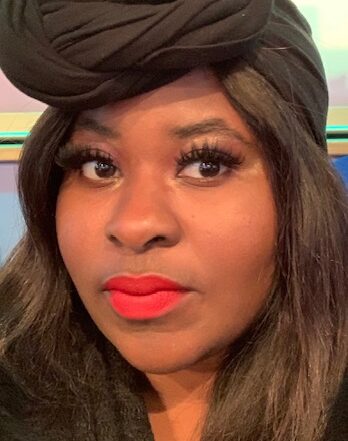 Thameka Thompson has a B.A in African American Studies from Yale University. Based in the New York/New Jersey area, she is a freelance writer, and owns a spiritual practice.

The post ‘Friends’ reunion has arrived, but put some respect on ‘Living Single’ appeared first on TheGrio.

Source: ‘Friends’ reunion has arrived, but put some respect on ‘Living Single’