The stylist and costume designer discussed her legendary career with theGrio as she launched her second collection as creative director for Puma Women’s Hoops.

June Ambrose has never been afraid of making us uncomfortable. As one of a handful of stylists whose career launched alongside some of the biggest names in contemporary music, Ambrose broke and rebuilt the boundaries of fashion, always from a definitively Black perspective. A glance at her IMDb page is a virtual greatest hits of hip hop and R&B pop-cultural moments: think Missy Elliott‘s iconic inflated jumpsuit in “The Rain (Supa Dupa Fly)”; Busta Rhymes‘ African royalty-inspired regalia in “Put Your Hands Where My Eyes Could See”; the slick styling of Hype Williams‘ cult-classic film Belly; or the Carters‘ Louvre-worthy looks in “Apesh*t.” Inevitably, you’re also thinking of June Ambrose. 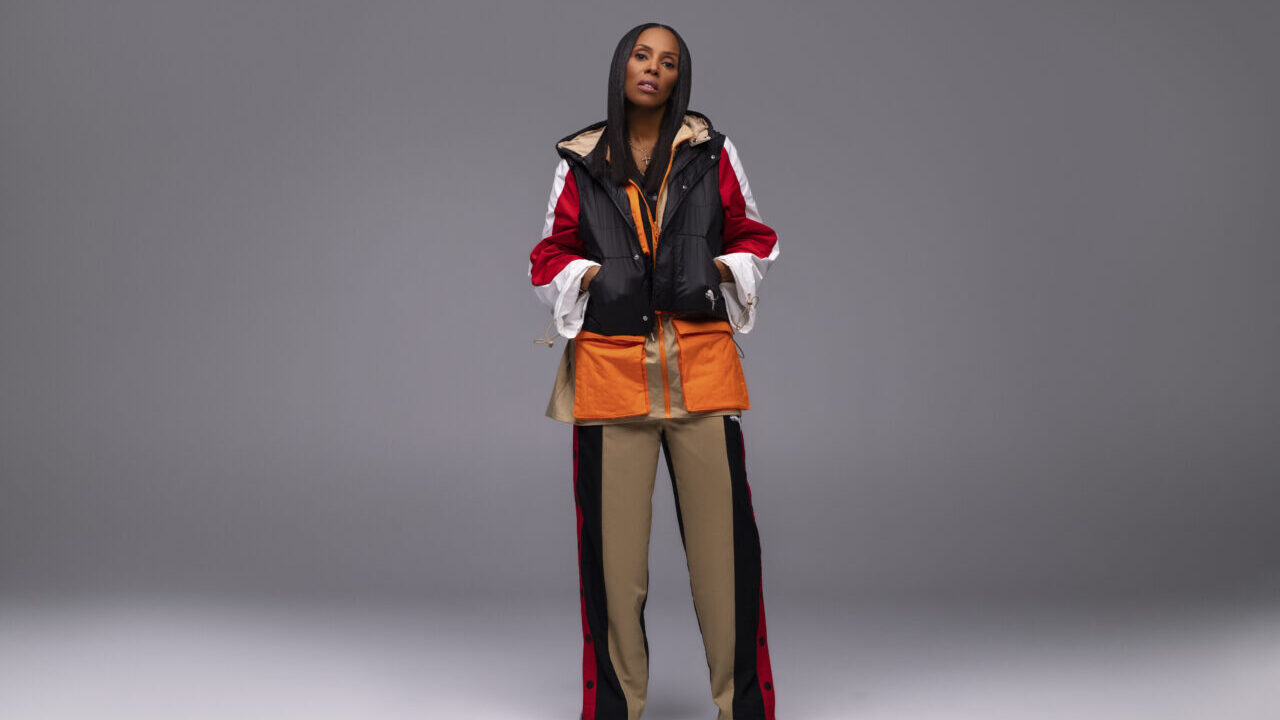 A tastemaker still very much at the top of her creative game, the influence Ambrose has already had in fashion history might go unrecognized. Now nearly three decades into a career that grew in tandem with those of the stars she styled, Ambrose easily recalls when many luxury labels wouldn’t deign to work with so-called “urban” artists. In fact, the self-taught stylist and costume designer’s genre-defying work with artists like Elliott, Puffy/Puff Daddy/P. Diddy, Jay-Z, and more made her among the first to land them and herself previously inaccessible brand collaborations.

“High fashion didn’t see urban music initially,” Ambrose told theGrio when asked how she built her early aesthetic and eventual success. “I took sportswear in the early years and mixed and married that to luxury fabrics…We didn’t ask for permission [or] for high fashion brands to take note. We did it; we story-told our way and the way we knew how.

“I did one of the first collaboration deals with Missy Elliott…I was literally remixing so much [of the label’s style] that the brand was like, ‘let’s partner,’” she explained. “But if that didn’t happen, would you see what you’re seeing now? The mainstream brands recognizing and seeing us as commercial, consumer-facing product and not just something that was niche?”

In 2021, Ambrose became a creative partner of one those mainstream brands, athletic giant Puma, where she was also named creative director of Puma Women’s Hoops. Soon after came her first collection for the brand, the instantly successful “High Court.” As described to theGrio, the collection “features basketball-inspired pieces that allow for women to feel empowered on and off the court.”

Key pieces in High Court’s second collection include the High Court Quad women’s basketball jacket, High Court Cunning suede sneaker, High Court Timeless women’s tank, the University Shopper and the High Court Arena short. Creatively, the collection is inspired by Ambrose’s philosophy that ‘fashion is definitely not a sprint; it’s a marathon and style is a sport.” Chatting with us just ahead of the Fashion Week-timed drop, Ambrose explained how empowerment has also been a major theme in the marathon of her own enduring career.

“My goal was always to not only just bring people along the way, but also help to shape, and shift, and change the narrative in a way that I know that it was supposed to be seen and told,” she said. “I was always very intentional. I was always a ‘FUBU’ kind of girl—a ‘for us, by us’ kind of girl. And I never apologized for having people around me that looked like me because I thought it was important…I knew that the work that I was doing back then was going to afford [us] many creative freedoms, and privileges, and fearlessness.”

Ambrose’s fearlessness included fostering the predominantly or all-Black glam squad, a one-time anomaly that has come to be celebrated in recent years. Style stars like Law Roach, Jason Bolden, Wayman + Micah, and Zerina Akers now proudly walk a path Ambrose helped make possible, a far cry from the days when all-Black squads were rarely booked and largely unsung, despite their immense influence on popular culture.

“Some of Hollywood’s big stylists, it’s always very humbling when I catch up with them and they’ll say, ‘You know, because of the work that you did’ or, ‘We’re so thankful,’ or ‘We always looked up to you,’” she later added. “And you don’t realize it in that moment—then, I didn’t realize that I’d be having that conversation. I just knew that I had work to do so that I could normalize my experience…And that’s [what] I think we’ve been working towards over the last couple of years. That’s where we’re starting to see the shift in just normalizing what it should look like.”

Bringing that same energy to Puma, Ambrose’s lens is now turned on normalizing celebration of the incredible women of the WNBA.

“It’s an opportunity for us to leverage this conversation to shed light on the women in the WNBA,” she said. “This conversation is growing and we’re right on time with our contribution.” 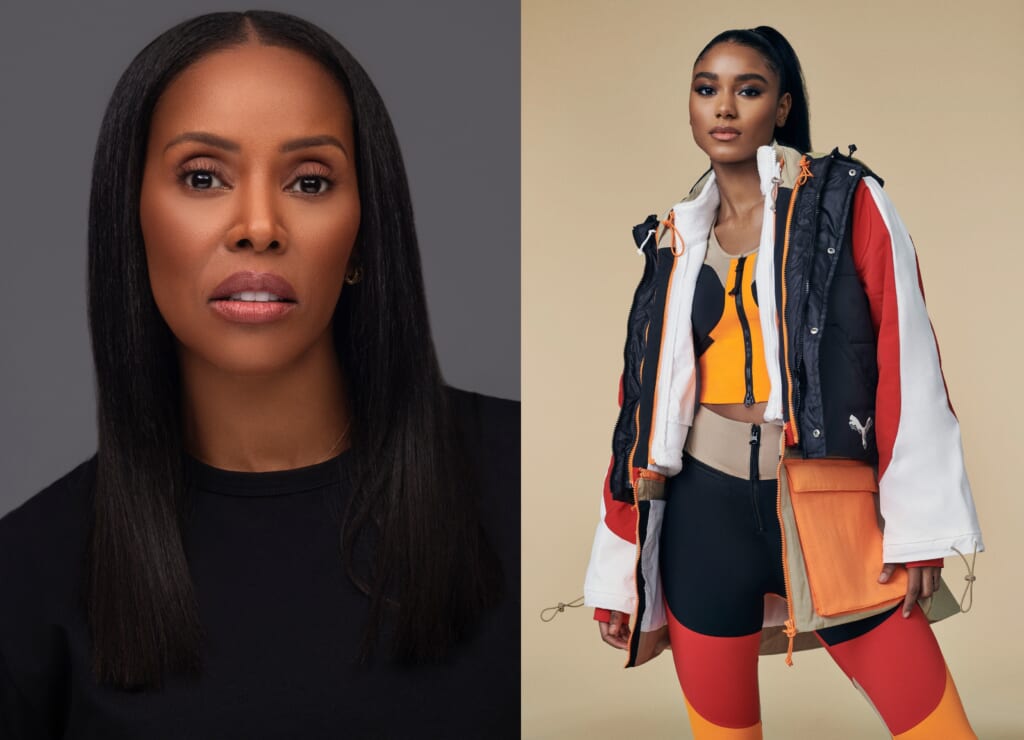 Specifically, the goal is not only to pay tribute to WNBA style but to keep focus on persistent disparities between men’s and women’s professional basketball—from salaries, to travel, to training facilities.

“When I started building out the storyboard and storytelling, it was rooted in 1972 and the rules that Title IX wrote,” Ambrose explained. “I’m trying to keep everyone honest to that in their commitment to that, we’re not doing enough; that it is unfair and that we can be doing to support these women. These are not just athletes. These are mothers, wives, daughters, sisters, and they’re bringing life into the world and playing a really strong sport that they have to play [not only] for a season, but they have to play all year round.

“How do we change that? How do we open up that conversation a little bit more and whistle-blow?” she asked, adding: “And I’m not a basketball player. I don’t have to be an athlete to see something that is being underserved. But I always recognize an opportunity…and I think because we took that risk and that approach that we were able to get the eyeballs and open up the conversation broader than just in the space of basketball and women in basketball.”

With a still-thriving career built on taking risks, what advice does Ambrose have for the Black creatives following in her stead? “You don’t have to ask for permission,” she said. “You just do the work and get it done. And quite often, I think that that’s what we do: We wait around to be chosen or we wait around to be asked. But it’s okay to ask and it’s also okay to take. Take control of your life, your destiny, the opportunity…Look at opportunities in white spaces and figure out how you can make your mark and make a difference.

“And I think that’s always been how I forged ahead, from the inception of my career,” said Ambrose, later adding: “I just wanted to grow. And I was so infinitely curious that it’s kind of what really allowed me to be experimental and to take risks. And when one door was closed, to knock on the next one—and if that wouldn’t open, I built my own door.”

The June Ambrose-designed High Court collection is available now on Puma.com, in Puma stores, and at select retailers worldwide.