The new tag is the brainchild of two Black women at Instagram, where Alexis Michelle Adjei is a data analyst and Cameryn Boyd is an engineer.

Popular social media platform Instagram announced on Monday that it is introducing a new special tag that will help professional accounts and influencers get credit for their content.

The tag is the brainchild of two African American women at Instagram, where Alexis Michelle Adjei is a data analyst and Cameryn Boyd is an engineer. According to a NBC News report, the pair created the enhanced tag to address the “inequity in the creator ecosystem.” 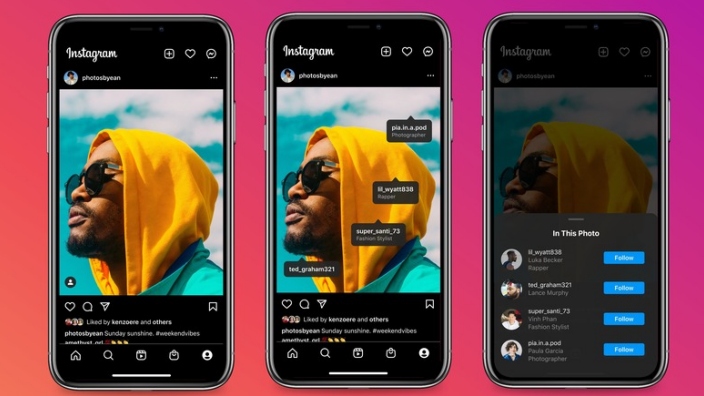 Instagram announced on Monday that it is introducing a new special tag that will help professional accounts and influencers get credit for their content (Photo: Screenshot/instagram.com)

“We want to ensure that as Black creators’ content is being distributed as it already is, they are getting the proper attribution so that they have the opportunity to get all of those growth and monetization and career-starting opportunities like their contemporaries are,” said Boyd. “It’s really critical, as we’re moving towards this new age where creators are so important and creators are really able to use their craft to support themselves in their lives, that Black creators are getting the same opportunity, as they’re already creating the content.”

The report notes that a December study by MSL, a global public relations company, found that 41% of white influencers earn $100,000 or more, versus 23% of Black social media influencers. Specifically, the pay gap is 35% between white and Black influencers.

“There have been rumors of a racial pay gap for years, but no one in our industry has quantified it until now,” said D’Anthony Jackson, a MSL strategist. “These are stark numbers by any measure. Just compare the 35% gap between white and Black influencers to the pay gaps in other industries — education 8%, business and financial 16%, construction 19%, media sports and entertainment 16%. The gap this study uncovered in influencer marketing vastly overshadows the gaps in any other industry.”

Instagram is owned by Meta, formerly Facebook. Adjei and Boyd joined the company in August 2020 and worked diligently to pitch their idea to various teams across the social media giant. They ultimately found the support and worked to bring it to life.

The enhanced tag will reportedly not affect the algorithm but, based on its current model, will allow creators’ reach to grow organically. Its development comes after years of complaints by Black social media creators and influencers, who have been uncredited for starting trends and shut out of opportunities to earn money from their work.

“Now, you can just have this enhanced tag and the idea there was because we know that Black creators’ content was already going viral and was being shared. But they weren’t getting that attribution,” Boyd said. “The hope is that they will now get the credit and that piece of content where their contribution can be traced back to their accounts so that people have the opportunity to follow them, and they can grow their influence.”

A December 2021 article from Insider highlighted the story of dancers from the “Alors On Danse,” who created a viral video.

One of them said in the video, “The opportunities that these artists or creators get are really life-changing.” However, Akua Sackey added, “We have been proven time and time again, that Black creators don’t get credit. And people just don’t care about Black creators.”