The first show will be a podcast version of the show’s successful spin-off with the Estefan family, ‘Red Table Talk: The Estefans’

Get ready for more content from the Red Table. According to new reports, Jada Pinkett Smith’s Red Table Talk has inked a new podcast deal with iHeartMedia, which will include five new shows from the network over the course of two years.

An incredibly successful series for Facebook Watch, Pinkett Smith’s Red Table Talk has taken the culture by storm, and seems to be expanding to reach an even wider audience.

From bombshell interviews with celebrities to intimate conversations with the Smith family (the infamous Will Smith episode broke streaming records), the talk show brings fans to the “red table” with Pinkett Smith, her mother Adrienne Banfield-Norris and her daughter Willow Smith as they dive into deep conversations.

Gloria Estefen shared in a statement to Deadline: “We are thrilled to join the Red Table Talk Audio Network. This podcast lets my fans get to know me, my amazing daughter, Emily, and my niece, Lili, on a deeper level through our hold-nothing-back opinions and life experiences.”

“Having our Facebook show on this new network allows us to reach millions of new listeners everywhere and we’re excited to have that opportunity,” she continued. 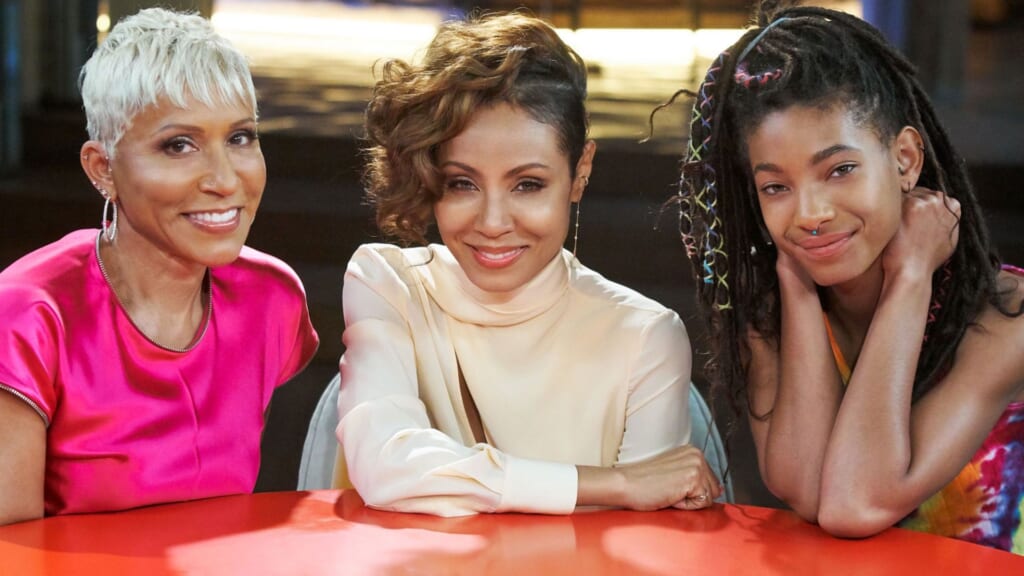 Will Smith posted a video to Instagram of Jada dancing with Willow and Adrienne, writing in the caption, “RED TABLE TALK WON ITS FIRST EMMY!!” He continued, “Congrats @jadapinkettsmith@gammynorris @willowsmith@ellerakieten @westbrook@facebookwatch. I’ll stop complaining about not having a garage now.” The post gained over 1 million likes on the social media app.

Per the official Deadline report, more podcasts form the Red Table Talk Audio Network are set to be announced within the coming months.