‘Jeen-yuhs’: How we got from the old Kanye to the new Kanye OPINION: Netflix’s new three-part docuseries, a 20-year study of Ye’s life, is a valuable tool to understand who he is and where he comes from.

We talk a lot about Kanye’s ego. It’s massive and corrosive; it leads him to make great music and fight publicly with family and friends; it leads him to wear unique fashion and to say really stupid things.

No artist, nay, no modern celebrity, is more representative of an unbridled ego who speaks without regard for how it impacts others for better or worse. Kanye’s titanic ego is at the center of modern culture, especially when he’s trending over the Super Bowl on Super Bowl weekend. So it’s natural to ask how did we get here, or really, how did he get here? Now we have a three-part Netflix docuseries called jeen-yuhs: A Kanye Trilogy, which follows him through 20 years. Jeen-yuhs offers us an answer to the question, where did Kanye’s ego come from?

Most supervillain origin stories include some well-meaning person doing something that the villain perceives. Someone tried to do something nice, but something happened, and it all went wrong. You may or may not consider Kanye a supervillain though he does seem to relish the role of the heel as if he longs to trigger us into disliking him. Some performers purposely try to piss off the audience. They dig themselves into a hole just to see if they can dig themselves out and win the audience back. This is what Kanye has done with his life in recent years, and it’s exhausting. But it’s all rooted in something beautiful.

Jeen-yuhs follows a brash young Ye through Chicago and New York as he fights to climb up the music industry ladder. But because this is an all-access doc made by a friend, co-director Coodie Simmons (along with Chike Ozah), the cameras take us everywhere, even into a night at home where Kanye hangs with his mom, Dr. Donda West. Here we see the beginnings of modern Ye. 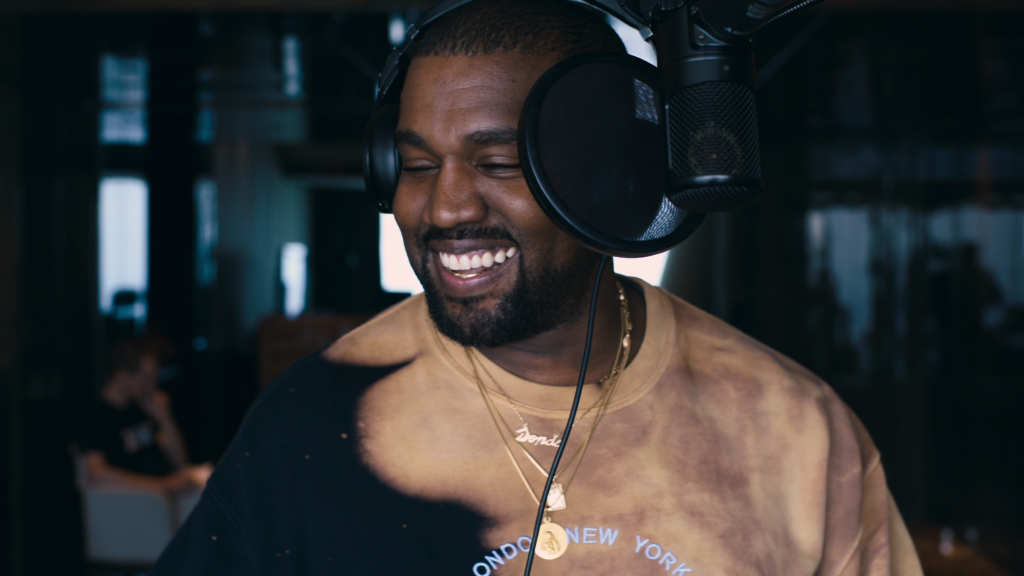 I’ve met and interviewed Dr. West. She was a lovely, brilliant woman who loved her son immensely. Kanye was her only child, and she told me she worshipped the ground he walked on. She was the sort of parent who told her son that the sun revolved around him. In the doc, we see her filling him with confidence and affirmation and encouraging him at every turn. She is the well-meaning source of Kanye’s now giant ego. His mom told him he could do anything, and he believed it. That had one impact when he was a rising star who had a lot of doors closed in his face and needed the self-confidence to keep going. It has an entirely different impact now that he is a full-fledged megastar who sees no boundaries, which leads to both original art and obnoxious behavior.

Dr. West surely did this on purpose. She was highly educated and very intentional. I think she knew that a Black boy, or any Black child, needed a ton of self-esteem to succeed. It’s beautiful to watch a Black parent fill their child with self-esteem. In a world that beats Black people down, many of us need that. We can see why Ye is still making albums named after her.

Kanye needed her when he was going up the mountain of success, but now that he’s there, he needs a new gear. He needs to use his ego for good, not for evil. But I suspect he also feels tremendous guilt for his mother’s death, leading him to see himself as a villain and act like one. It’s a path to getting attention, even if it’s not positive attention.

As loud as Kanye is, he remains enigmatic, and jeen-yuhs, this 20-year study of his life, is a valuable tool to understand who he is and where he comes from. In so many ways, he’s still a boy who wants attention. A boy whose mom told him he was right before he even started talking. A boy who longs to have his mother back and feels horrible that she’s not here and blames himself for her not being here. When you see Kanye and his mother together, you start to understand who he really is, and that’s one of the most important lenses jeen-yuhs is giving us.

Touré is the host of the podcast “Toure Show” and the podcast docuseries “Who Was Prince?” He is also the author of seven books.

The post ‘Jeen-yuhs’: How we got from the old Kanye to the new Kanye appeared first on TheGrio.

Source: ‘Jeen-yuhs’: How we got from the old Kanye to the new Kanye