Boston has a new mayor in Kim Janey, who became the city’s first female and first person of color to take the office Monday.

Marty Walsh resigned Monday evening to become President Joe Biden’s labor secretary. The Boston City Council President Janey, who is Black, stepped into the role of acting mayor and is scheduled to have a ceremonial swearing in Wednesday.

Walsh, the latest in a long line of largely Irish-American Boston mayors stretching back the better part of a century — with one notable Italian-American exception — said he welcomed the change.

Janey took to Twitter to wish Walsh well following his confirmation by the U.S. Senate. 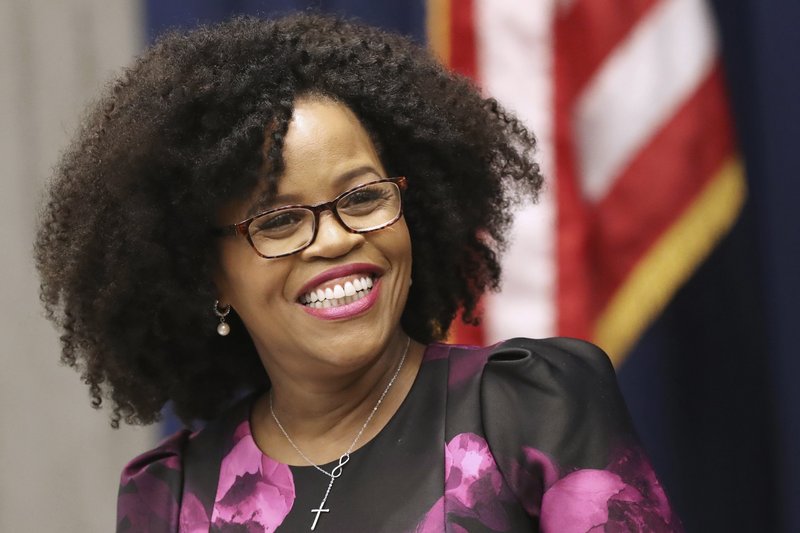 “Congratulations on your confirmation, Secretary Walsh. You are a proud son of Dorchester who will bring our city with you,” she tweeted. “The working people of America will benefit greatly from your passion.”

“Now, we look ahead to a new day — a new chapter — in Boston’s history,” Janey, a fellow Democrat, added.

Walsh said for the past two months he’s had regular meetings and conversations with Janey. The two have also held extensive planning sessions, he said.

“Together the council president and myself and our teams have worked diligently to ensure a smooth transition,” he said.

By any typical political stopwatch, Janey’s rise has been lightning quick. She was first sworn in as a city councilor just three years ago.

Although Janey, 56, is holding the office only on an interim basis, she’s widely seen as hailing a new chapter in Boston’s political history.

Janey has a long history of activism in Boston, with deep roots in Roxbury, the heart of the city’s Black community.

He grandfather, Daniel Benjamin Janey, was a member of Twelfth Baptist Church where Dr. Martin Luther King Jr. worshipped while attending Boston University. Her father was one of only eight Black students to graduate from the city’s prestigious Boston Latin School in 1964. 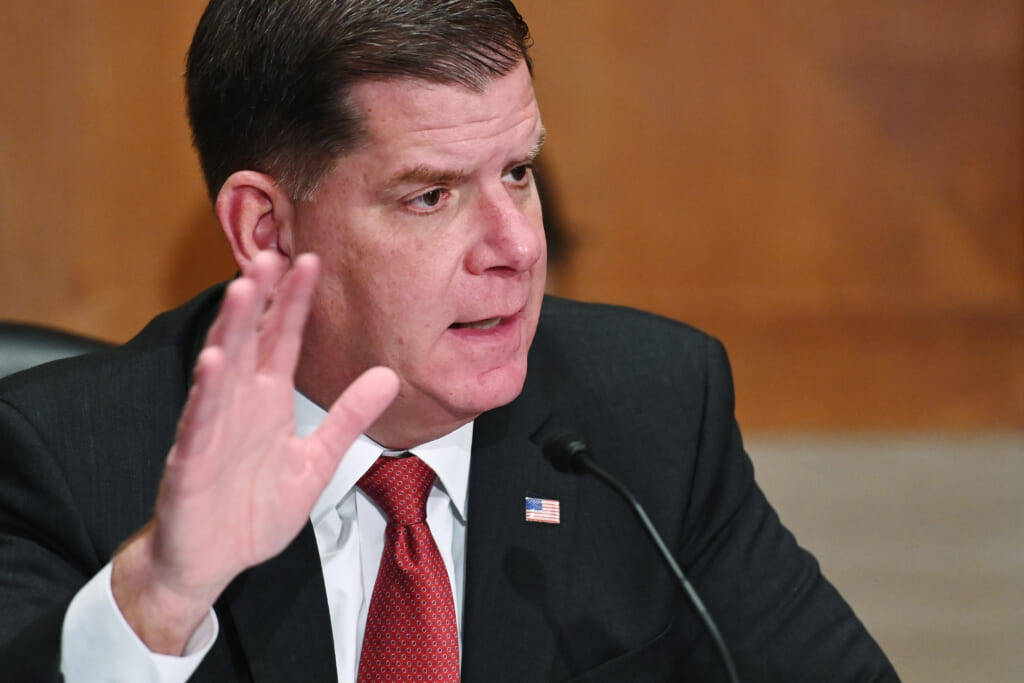 While spending time in her great grandmother’s home in the city’s South End neighborhood, Janey was also exposed to the city’s political culture as she watched a neighbor — Black community activist and former state Rep. Mel King — launch a bid for mayor in 1983, losing to Ray Flynn, an Irish-American city councilor.

During the second phase of Boston’s tumultuous school desegregation era, Janey would recall the rocks and racial slurs she said were hurled at her as an 11-year-old girl riding the bus to the largely white neighborhood of Charlestown. She would later take part in a program that allowed her to attend school outside the city.

Janey began her career in advocacy with Massachusetts Advocates for Children, pushing for policy changes she said were aimed at ensuring equity and excellence for public school students in Boston.

In 2017, she won a 13-candidate race and became the first woman to represent her district, which includes most of Roxbury, parts of the South End, Dorchester, and Fenway areas of the city.

Although she hasn’t said yet if she’ll run for mayor in the fall, there is precedent for an interim mayor using the temporary post as a stepping stone to winning the seat outright.

When former Mayor Raymond Flynn stepped down to become President Bill Clinton’s ambassador to the Vatican, then-city council president Thomas Menino stepped in as interim mayor in July 1993, won the mayoral election later that year, and ended up serving in the office longer than anyone in the city’s history.