The company also donated products including washers, dryers, and TVs for the new film room

The generous donation will fund a scholarship that will help pay for repairs to the basketball court and gym which were damaged by a fire last Thanksgiving, Nola.com reports. 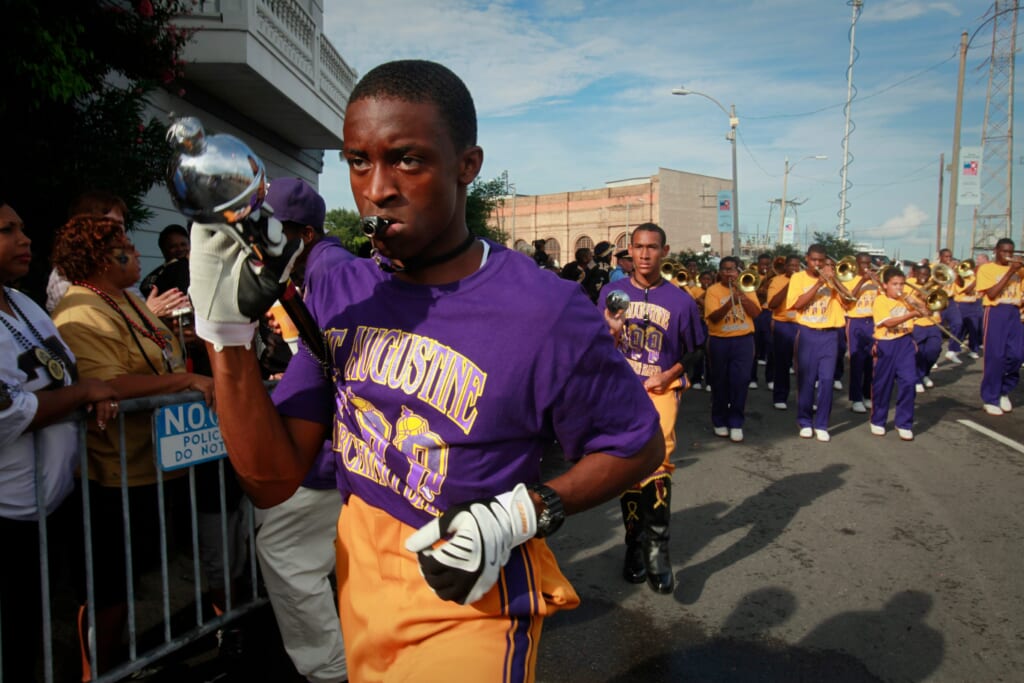 “Today is an exciting day as we have been embraced by a new friend and partner, LG Electronics, and we are thrilled to share this amazing good news,” St. Augustine High School President and CEO Aulston Taylor said of the Life’s Good Endowed Scholarship Fund during a ceremony at the school Thursday afternoon.

In addition to the financial commitment, LG electronics donated products such as LG OLED TVs for the new film room and washers and dryers for the new laundry room.

“We are truly grateful for this inspiring commitment from LG,” said Taylor. “The St. Augustine community is thrilled that LG has decided to invest in the future of our students and our school.”

The film room is located in the school’s Health & Wellness Center. LG air purifiers have also been supplied for use throughout the high school. The basketball court will be named after legendary coach Bernard Griffith.

“Our basketball court and Health & Wellness Center are a symbol of resiliency at St. Augustine, as it has emerged stronger after Hurricane Katrina, Hurricane Ida, and most recently a fire on Thanksgiving Day last year,” said Taylor. “With the help of friends like LG and many other supporters of our school, we are on the path to rebuilding our facility to its former glory. We will prevail!”

LG Electronics USA is an official NCAA partner and the donation to the all-boys Catholic high school came amid the NCAA Final Four basketball tournament in New Orleans.

“As a proud partner of the NCAA, LG wanted to give back to the host city of the Men’s Final Four and help inspire the next wave of student-athletes in New Orleans,” said Peggy Ang, senior vice president of marketing at LG Electronics USA.

“When our partners at the NCAA, Turner Sports and CBS Sports, brought to us the story of St. Augustine and the positive impact that school has in its community, we wanted to help them continue their tradition of inspiring students to succeed in the classroom and on the field of play.”