The Detroit native had been hospitalized with cardiovascular disease

Jazz vocalist and blues legend Barbara Morrison has passed away at age 72.

The Detroit native and daughter of a doo-wop singer had been hospitalized with cardiovascular disease and died Wednesday morning due to an undisclosed illness, NBC Los Angeles reports. Morrison had type 2 diabetes and had lost both legs due to the disease. 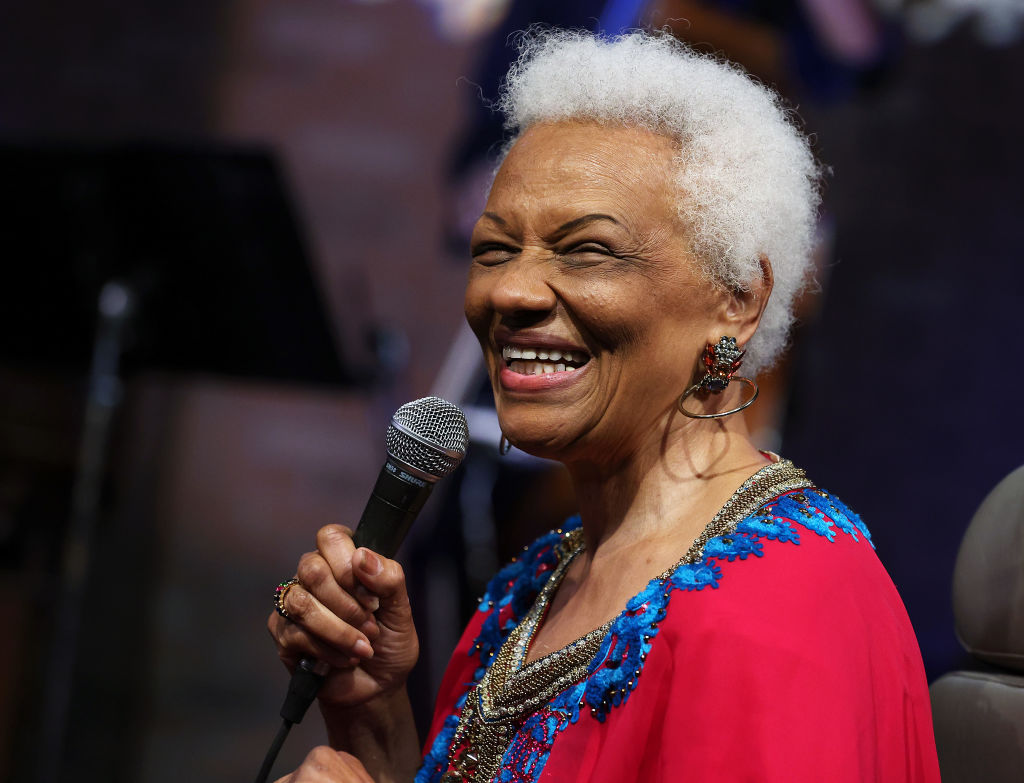 The three-time Grammy-nominated singer was known as the soul mother of LA’s historic Leimert Park Village. She made Los Angeles her home in the early 70s after moving from Detroit.

Morrison would go on to become one of the top jazz vocalists in Los Angeles, spending most of her life recording, touring, and performing at jazz festivals and countless Southern California jazz venues.

Morrison was a staple at Pip’s on La Brea Avenue for more than a decade, eventually establishing the Barbara Morrison Performing Arts Center and then creating the California Jazz & Blues Museum.

Morrison appeared as a guest vocalist on several projects, working with many music legends throughout her career, including Ray Charles, Ron Carter, Joe Sample, Dizzy Gillespie, Keb’ Mo, Mel Tormé, Nancy Wilson, Joe Williams, Etta James, and blues icon Eddie “Cleanhead” Vinson. She found steady work with Vinson after moving to LA at age 21, and as a performer on The Johnny Otis Show, according to MSN.

“Eddie used to tell me, ‘Get your own sound, girl!’ ” she told the Los Angeles Times in 2011, per Yahoo. “Johnny said, ‘Why are you singin’ like Barbra Streisand? You need to learn your own people’s music!’”

#RIP #Queen #BarbaraMorrison Our hearts are heavy hearing of the passing of this triumphant #Blues & #Jazz legend at 72 years. Amazing vocalist she founded the Barbara Morrison Performing Arts Center & opened the California Jazz & Blues Museum. May her legacy continue to vibrate pic.twitter.com/vwbZfOqDQk

Morrison shared her musical wisdom and expertise as an adjunct associate professor of global jazz studies at UCLA. In 2020, the university launched the Barbara Morrison Scholarship for Jazz, MSN reported from The Los Angeles Times.

“She helped a lot of young people … her classes often were free … if you wanted to learn the music business or jazz, Barbara Morrison was there to teach. If you didn’t have the money, no problem,” KBLA host Tavis Smiley told NBC Los Angeles.

After her mother, father, and grandmother all died in 1983, Morrison immersed herself in her music.

“If I hadn’t had singing, I would have lost my mind,” she told the Los Angeles Times in a 1996 interview, via Yahoo. “It’s just a lifesaver. I found something I like, that I never get tired of.”

A tribute concert will take place Wednesday night in Leimert Park to honor the late jazz and blues artist.

A GoFundMe was launched for Morrison earlier this month to “carry on all the worthwhile community projects and establishments that she has created” when the singer was first hospitalized. The platform raised more than $15,000.