Michelle Obama Flips Jimmy Kimmel’s Sex Question Back On Him 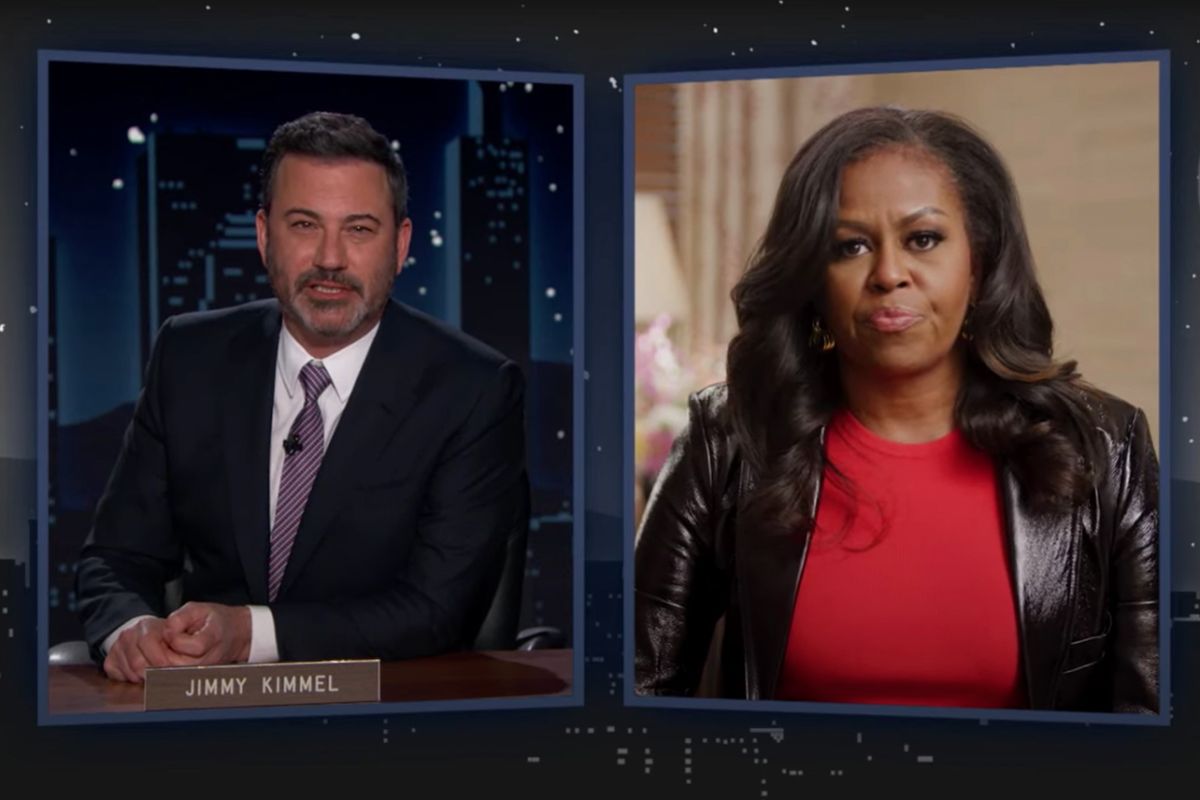 Michelle Obama gave a master class in swerving around awkward questions when she turned a query about her sex life back on the late night host Jimmy Kimmel.

In an interview on Tuesday’s episode of “Jimmy Kimmel Live!” Kimmel repeated a question he once asked the former first lady during a book tour stop: whether she made love with her husband, then-President Barack Obama, to celebrate on the May 2011 night that U.S. forces killed al Qaeda leader Osama bin Laden.

Kimmel remembered asking Barack Obama the same question in November, when the former president answered that his wife was likely already asleep by the time he finished work.

“You know, I have to tell your audience that, for some very sick reason, you are very obsessed with this portion of that major historical event,” she said.

“In a way that no one else, no one, in the history of all of the conversations I’ve had, has anybody ever drilled down on this particular point like you, Jimmy Kimmel,” Obama continued.

“So I turn that back on you,” she said. “You’re still that little boy in your bedroom, under the cover with the flashlight, going, ’I hope nobody sees me.”

Watch the exchange at the six-minute mark here: