To celebrate the forthcoming event, Michelle Obama shared an empowering message on social media and revealed the words that will be added to the exterior of the building in three different languages, PEOPLE reports: “You Are America.” In her post, Obama noted the significance of the message and spoke about how the center aims to inspire and support “young leaders.” 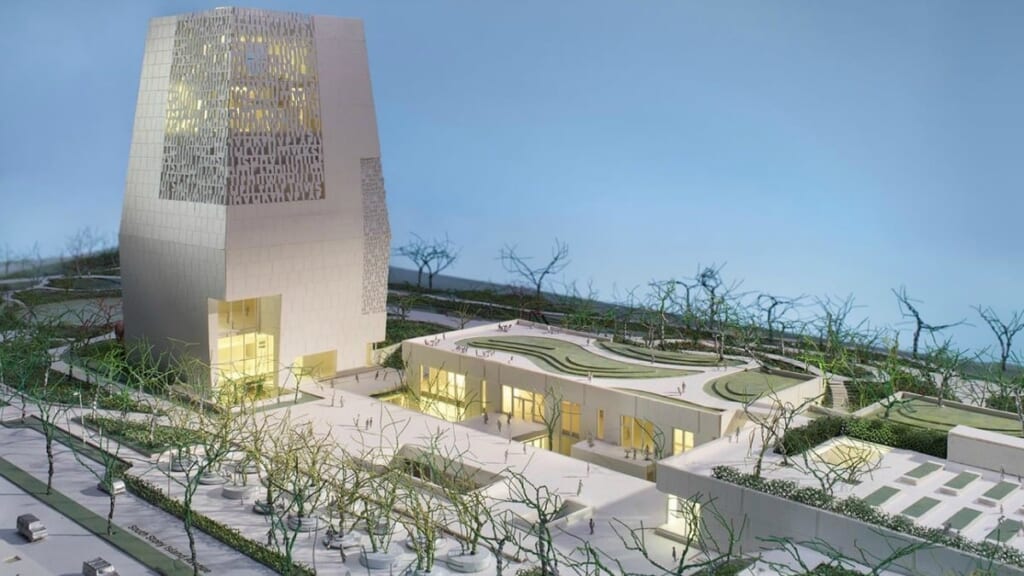 “Growing up on the South Side, it was easy to feel removed from the corridors of power—in Washington or even at City Hall,” Obama wrote. “Today, we unveil the words that will appear on the exterior of the Obama Presidential Center as a reminder that we stand on the shoulders of those who marched in Selma and all those who came before us and that the task of progress is now in our hands.”

The former first lady continued, “That’s why Barack and I started the @ObamaFoundation—to provide inspiration and support to young leaders looking to make change. My hope is when young folks from my old neighborhood look up and see the words ‘You Are America,’ they never question whether they belong or whether they have the power to shape this country’s future.”

When young people from my old neighborhood on the South Side see the words “You are America” on the exterior of the Obama Presidential Center, I hope they believe it. Because they matter. They belong. And they have the power to shape this country for the better. https://t.co/qIiMJZTVsM

Barack Obama announced on social media last month that construction on his presidential center will finally get underway after some delays.

“I’m proud to announce that the Obama Presidential Center (OPC) will officially break ground in 2021,” Obama said on Twitter. “Our hope is that the center will breathe new life into historic Jackson Park while delivering jobs, growth, and much more to the South Side,” he continued. “Let’s get to work.”

Obama previously stated that he wants the center to be “meaningful and fun,” and have a significant impact on the community, according to theGRIO.

The Obama Foundation unveiled plans in 2017 for the $500 million lakefront presidential center in Jackson Park, located along Lake Michigan. The center will reportedly include a museum, Obama Foundation offices, a public library branch, an athletic center, and an outdoor recreation space.

The Obama Foundation announced in February that the construction of the center comes after “the conclusion of a robust four-year-long federal review process.”

Mayor Lori Lightfoot previously noted in a statement that “Chicago is now officially the home of the presidential center for our country’s first Black president.”

“The Obama Presidential Center and nearby capital improvement projects will undoubtedly distinguish our city’s historic South Side as a world-class economic and cultural hub,” she added.

The post Michelle Obama says ‘You Are America’ will be written on Chicago Presidential Center appeared first on TheGrio.

Source: Michelle Obama says ‘You Are America’ will be written on Chicago Presidential Center