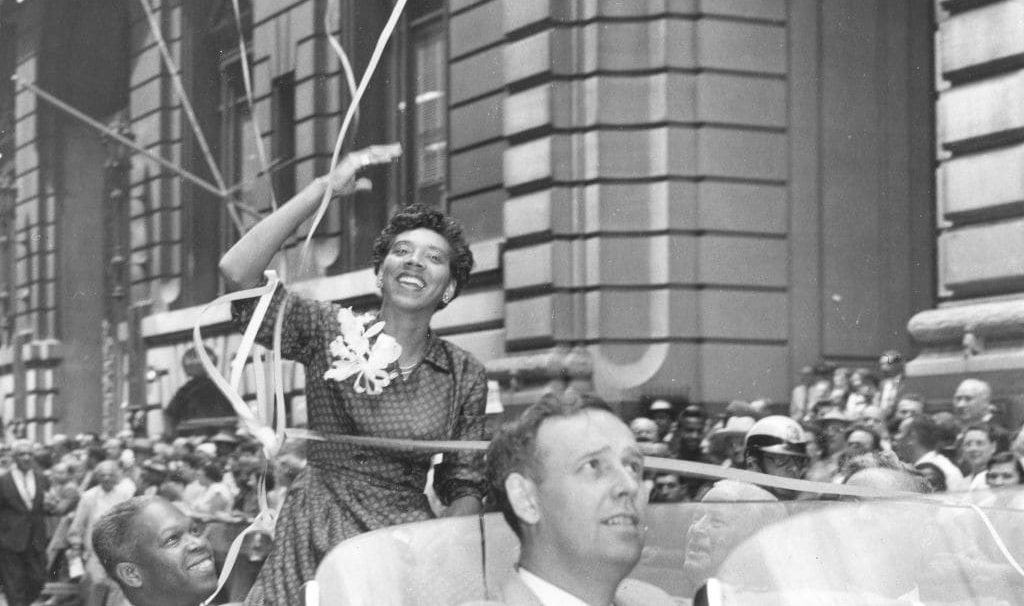 Gibson’s childhood home was near the Malcolm X Boulevard and West 143rd Street intersection, which is now known as Althea Gibson Way.

Before there was Serena and Venus Williams or Naomi Osaka, there was Althea Gibson.

Gibson, the first Black Grand Slam winner, broke down barriers in tennis. And on what would have marked her 95th birthday, August 25, New York city renamed a street in her honor to celebrate the day, according to NBC News. Gibson was raised at the Malcolm X Boulevard and West 143rd Street intersection, which is now known as Althea Gibson Way.

“It is imperative that we keep her name alive,” Katrina Adams, former president and CEO of the U.S. Tennis Association, said during Thursday’s ceremony, as reported by NBC. “It’s the next generation that needs to know that before Coco, Venus, Serena, Chanda, me, Lori, Zina and Leslie, was Althea. Why? Because Althea came first.”

Althea Gibson, the first African American to become tennis champion of the world by winning the Wimbledon match in England, waves from an open car during the parade on Broadway in the city’s official tribute to her in New York July 11, 1957. (Photo by PhotoQuest/Getty Images)

According to History.com, Gibson, born in 1927, was a sharecropper’s daughter from South Carolina who relocated to Harlem in 1929. Her success in tennis began with her winning several local tournaments in Harlem, including those sponsored by the American Tennis Association, an African American group founded to promote and sponsor events for Black players.

As a result of her success in ATA championships, Gibson attended college on a sports scholarship. Initially, tennis’ segregation in the U.S. frustrated Gibson. A turning point came in 1950 when Alice Marble, a former No. 1 tennis player, publicly criticized the sport for denying a player of Gibson’s caliber the opportunity to compete in the biggest tournaments in the world. According to the Journal of Sports History, Marble, in a letter to American Lawn Tennis, urged Gibson get a chance to play.

Gibson made history in 1951 when, following Marble’s letter, she became the first African American player to receive an invitation to Wimbledon. Later, she made history by becoming the first Black player to win Wimbledon, as well as the French and U.S. opens.

She was inducted into the International Tennis Hall of Fame in 1971.

According to NBC, some of Gibson’s family members believe many people aren’t familiar with her name or her groundbreaking achievements. Even so, the family is proud of her legacy.

“She was just auntie to us,” said Gibson’s great-niece Sonia Melvin, as reported by NBC. “I mean, she wasn’t this big icon to us – but we loved her.”

In addition to the street renaming, the city of New York intends to erect a statue of Gibson in her Harlem neighborhood. As previously reported by theGrio, she already has been honored with a statue outside of the Arthur Ashe Stadium at the Billy Jean King National Tennis Center.