Poll: Most Republicans believe discrimination against whites is ‘as big a problem’ as anti-Black racism 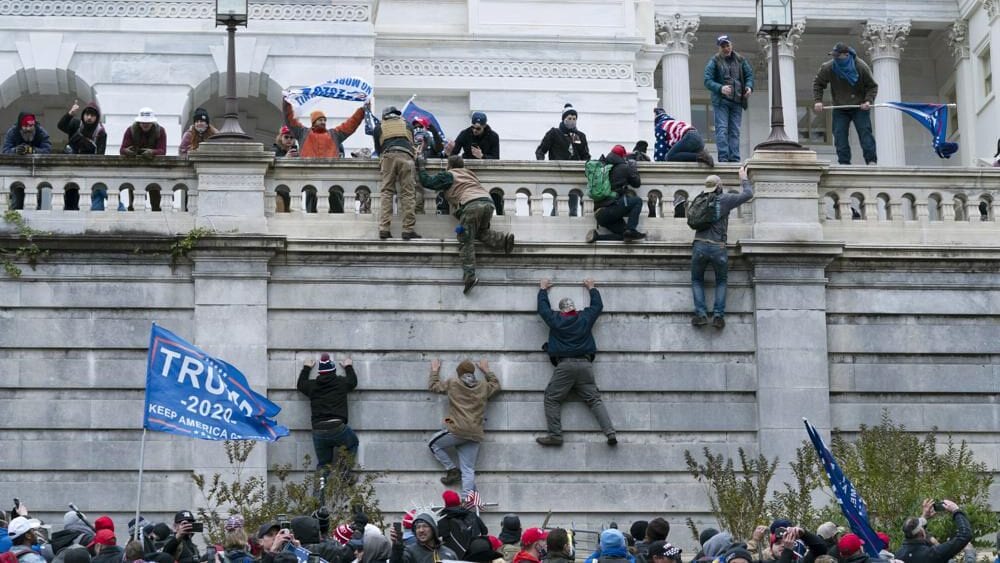 An overwhelming number of Republicans believe discrimination against white people is “as big a problem” as the anti-Black hate the permeates the nation, according to a new poll.

Meanwhile, 54% of Republicans and 53% of Fox News viewers agree with a core tenet of the alt-right “great replacement” theory, that “a group of people in this country are trying to replace native-born Americans with immigrants and people of color who share their political views.”

The survey was conducted from May 19 to 22 —following the May 14 massacre police say was carried out by 18-year-old suspect Payton Gendron at a Buffalo, New York, grocery store where 10 Black people were gunned down. The alleged gunman said in a 180-page manifesto attributed to him that he was motivated by replacement theory, an idea that Fox News host Tucker Carlson has amplified on his popular primetime show.

Kathleen Schrum holds a sign protesting white supremacy at the location of a planed pro-Trump rally that didnt occur on Jan. 16, 2021 in Salem, Oregon. (Photo by Nathan Howard/Getty Images)

Per a recent New York Times report, “in more than 400 episodes of his show,” Carlson pushed “the notion that Democratic politicians and other assorted elites want to force demographic change through immigration, and his producers sometimes scoured his show’s raw material from the same dark corners of the internet that the Buffalo suspect did,” the publication writes.

The poll also highights the partisan divide in the aftermath of the Buffalo mass shooting. While 77% of Biden voters cited racism as the leading cause for the massacre, only 42% of Trump voters agreed and 40% blamed the “liberal media (such as MSNBC)” as a contributing factor, per the report.

Asked to choose which of eight issues played the “biggest” role in the shooting, most Trump voters pick mental illness (56%), followed by racism (15%) and liberal media (14%). Just 2% say “too many guns.”

The post Poll: Most Republicans believe discrimination against whites is ‘as big a problem’ as anti-Black racism appeared first on TheGrio.