“Tiffany, that is news to me. You have broke the news to me,” King says reacting to MSNBC’s ‘Cross Connection’ host Tiffany Cross

Regina King learned over the weekend that she is being considered to direct the new Superman movie and is just as surprised as anyone else.

Oscar award winner King was a guest Saturday on MSNBC’s Cross Connection and appeared taken aback when host Tiffany Cross mentioned that she was a possible contender to direct the eagerly anticipated movie.

Cross referred to a recent report in The Hollywood Reporter that mentioned the famed actress’ name as one of the possible directors for the Black Superman project. THR claimed that Warner Brothers wants to ensure that the film has an authentic Black perspective. 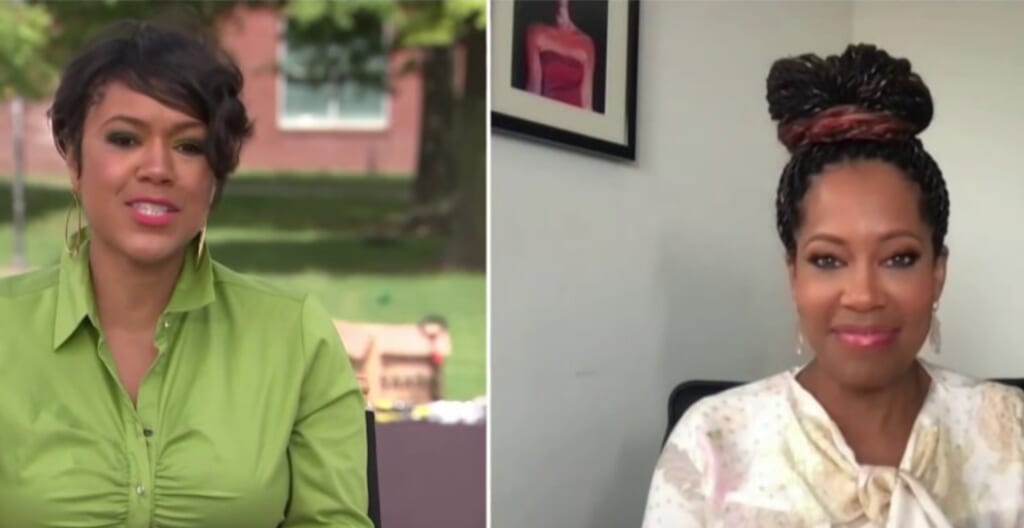 Read More: Regina King to direct ‘Bitter Root’ — Jump on the bandwagon before it gets full

“I’m curious, because there’s a little bit of gossip. You’re rumored to be on the short list to direct ‘Superman,’” Cross said.

“You and Barry Jenkins, both of your names have been thrown out there. Anything you want to tell us? Is there any news you can break this morning about those conversations?”

“Tiffany, that is news to me. You have broke the news to me. News break! Live on MSNBC!” King said. “Yeah, no, I have not heard that until just now. Oh wow.”

“I think there are people who want to see you, particularly because you’re directing Bitter Root,” Cross said.

King has been in demand as a director since she made her debut with the Oscar-nominated One Night in Miami that premiered on Prime Video last December. Her next project is Bitter Root, the comic book series set during the Harlem Renaissance.

King is also a favorite to get behind the lens after she captivated audiences in HBO’s Watchmen, which transformed her into a superhero during the Tulsa race massacre. Still, she is not yet signed on to the reimaging of The Man of Steel of which Ta-Nehisi Coates will write the screenplay.

Coates recently told Polygon what he hoped to accomplish with the reboot.

“Now, look, there’s a point where you have trailers and things where I’m going to have to talk about it, but if it were up to me, I wouldn’t say anything ever until it’d been out and seen and consumed and all of that. I don’t want to get in the way. I want Superman to have his chance,” he said.

“I really want him to live. I want him to be greeted. I don’t want me and whatever baggage the narrative of me has to overshadow that,” Coates continued. “As much as possible I really would like to recede and hopefully make something that folks feel is worthy.”

The post Regina King surprised by news she is on short list to direct ‘Superman’ appeared first on TheGrio.

Source: Regina King surprised by news she is on short list to direct ‘Superman’