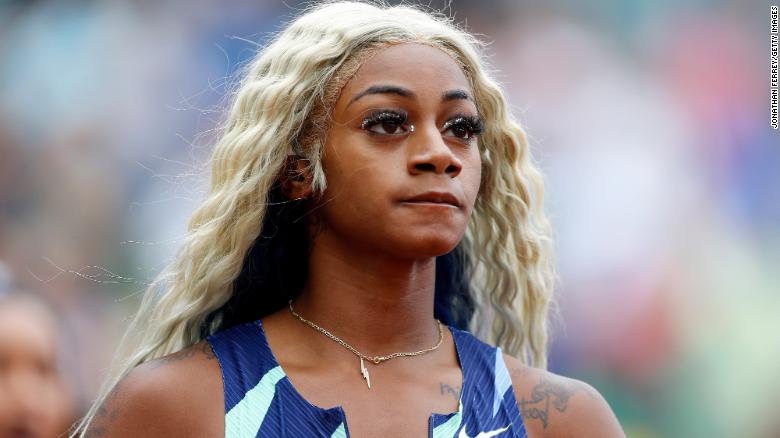 When it was revealed that figure skater Kamila Valieva, the Russian national champion and Olympic gold medal favorite, for a banned substance in December at a Russian competition, many wondered what she was doing at the games. Specifically, U.S. sprinter Sha’Carri Richardson, who found herself in a similar situation in 2021 before the Tokyo Summer Olympics.

As we previously reported at , after wowing fans, and winning the Olympic Trials in July 2021, Richardson tested positive for cannabis, which led to her win being stripped and her suspension. She was no longer eligible to compete at the Olympics. Following the Russian Olympic Committee’s win in the figure skating team event, news broke that Valieva previously tested positive for the banned substance trimetazidine, a heart medication generally prescribed to those much older than the 15-year-old skater.

Under normal circumstances, a positive for a banned substance—like cannabis, for example—leads to an immediate suspension. Of course, the athlete is allowed to appeal, but Richardson accepted her fate, revealing she was grieving the death of her mother when she smoked marijuana. But with the in the women’s event, and the fate of the Russian Olympic Committee team golds still undecided, there are a lot of questions about why Richardson’s punishment was so swift and severe, while Valieva is being treated differently.

reports, Richardson shared her feelings on Twitter, writing “Not one BLACK athlete has been about to compete with a case going on, I don’t care what they say!!!”

I’ve been watching figure skating a long time, there aren’t very many competitive Black skaters, but trust me the few who’ve popped up are always held to a different standard in terms of style, costumes and look. It’s worth noting that Richardson was 21 when she made her mistakes and Valieva is a minor surrounded by adults who clearly care about winning more than her well-being. That being said, yes let’s get into it.

Richardson was ridiculed and vilified in a way that a white female athlete never would be. People could not wait to get jokes off at her expense, but somehow Valieva has been treated to a compassion Sha’Carri was never afforded. I’m in no way saying the internet should be dunking on a child who lives and skates in a system that doesn’t necessarily allow for freedom of choice, however, let’s also not act like everyone makes the best decisions when they’re 21.

This situation also raises questions about how Valieva was able to be at the Olympics in the first place. Those answers may never come, as Russia isn’t really providing any. Though if rumor and speculation are to be believed, the country allegedly just didn’t report the test. In Richardson’s case, the United States did everything they were supposed to, and she was suspended.

Why would Russia do such a thing? Valieva is one of the best skaters in the world and a presumptive gold medalist. In fact, Russia has three of the top women in the world, with a legitimate chance at a medal sweep. As if that wasn’t enough, the Court of Arbitration for Sport spent a full week trying to decide if Valieva could still compete.

Another serious difference Richardson took note of, tweeting “Failed in December and the world just now know however my [result] was posted within a week and my name & talent was slaughtered to the people.”

According to , IOC member Denis Oswald said that Valieva’s lawyers argued to the Court of Arbitration for Sport that it was an accident with her grandfather’s medicine.

“Her argument was contamination which happened with a product her grandfather was taking,” Oswald said

And here I thought the rules were pretty simple. Test positive for a banned substance, you don’t get to skate. This is yet another example of how the deck is stacked against Black athletes, because there is no way Sha’Carri could have said she wasn’t smoking, she was just in the room and a random Court would have said, “Sure, go ahead and race.”

As usual, the only recourse for Black athletes is to not only be the best but also be perfect while you’re doing it. By the way, following the short program, and if she gets on the podium there will be no medal ceremony, so basically everyone is being punished for her team’s rule-breaking.