“For more than 20 years, the BET Awards have been a celebration of Black creativity, art and excellence,” the Oscar-nominated actress said.

Taraji P. Henson knows how to secure the bag.

On Monday, it was announced that that the Oscar-nominated actress is set to host the 2021 BET Awards. Black Entertainment Television will also honor Golden Globe-winning and Academy Award-nominated actor Queen Latifah with the prestigious Lifetime Achievement Award. 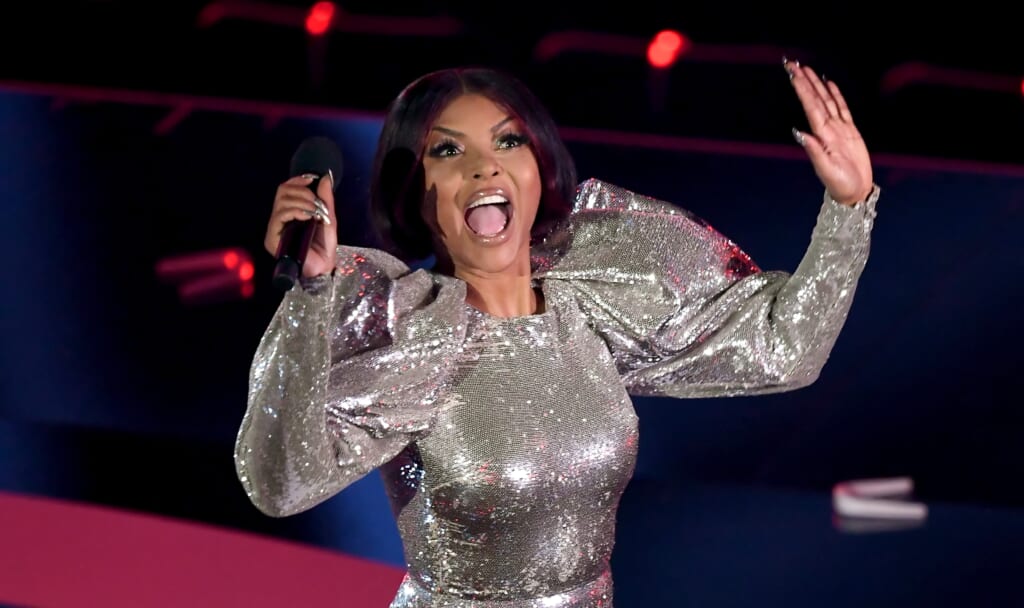 Taraji P. Henson at the 2020 American Music Awards at Microsoft Theater on November 22, 2020. (Photo by Kevin Winter/Getty Images for dcp)

“For more than 20 years, the BET Awards have been a celebration of Black creativity, art and excellence,” Henson said via press release. “Returning live, this year’s show will be unlike anything we have ever seen before, and I am honored to be sharing the stage with so many powerful and prolific women in music and entertainment. The BET Awards will once again be at the forefront of Black culture.”

The prominence of women at this year’s awards is not by accident, according to BET executives.

“Black women have been essential drivers of change throughout history, from the political sphere to the cultural zeitgeist,” said Connie Orlando, EVP Specials, Music Programming & Music Strategy at BET.

“The BET Awards is the ultimate celebration of Black culture, and we are looking forward to spotlighting and celebrating Black women during this year’s show, recognizing them for everything they’ve accomplished and applauding them for what’s to come.”

Henson, who is known for her iconic role as Loretha “Cookie” Lyon in Fox’s Empire, among others, also just signed on to play Miss Hannigan on NBC’s holiday production of Annie Live!

“Latifah has had amazing success since her career began in Hollywood and became the first hip-hop artist to be crowned with a star on the Hollywood Walk of Fame in 2006. She received rave reviews, industry recognition, and accolades for her roles in feature musical Chicago and cable films Life Support and Bessie, which she also produced,” read the press release.

It adds: “Additionally, Latifah starred in the hit comedy Girls Trip and has also taken to the stage and small screen as the title character in the television musical, The Wiz Live!.

Flavor Unit Entertainment, the production company owned and operated by Latifah and Shakim Compere, was behind the hit comedies, Bringing Down the House, Beauty Shop and The Perfect Holiday. Latifah currently stars in and is an executive producer on the CBS series reboot of THE EQUALIZER, which quickly became TV’s #1 scripted series this year.”

The 2021 awards show will be live, unlike the 2020 virtual show. Folks can now vote for the 2021 BET AWARDS ‘Viewers Choice Award.’ The theme of this year’s show is “Year of the Black Woman” in honor of their contributions to the culture.