In the wake of her recent book announcement, Tarana Burke has signed a new deal that allows her another chance to tell stories.

The founder of the #MeToo movement has teamed up with CBS Studios to develop scripted and unscripted documentary-style content for the company’s streaming platform and TV network.

Burke’s producing partner Mervyn Marcano will also collaborate on the deal. Their Field/House Productions is focused on highlighting underrepresented stories and releasing content that tells the stories of  “the rest of us.” 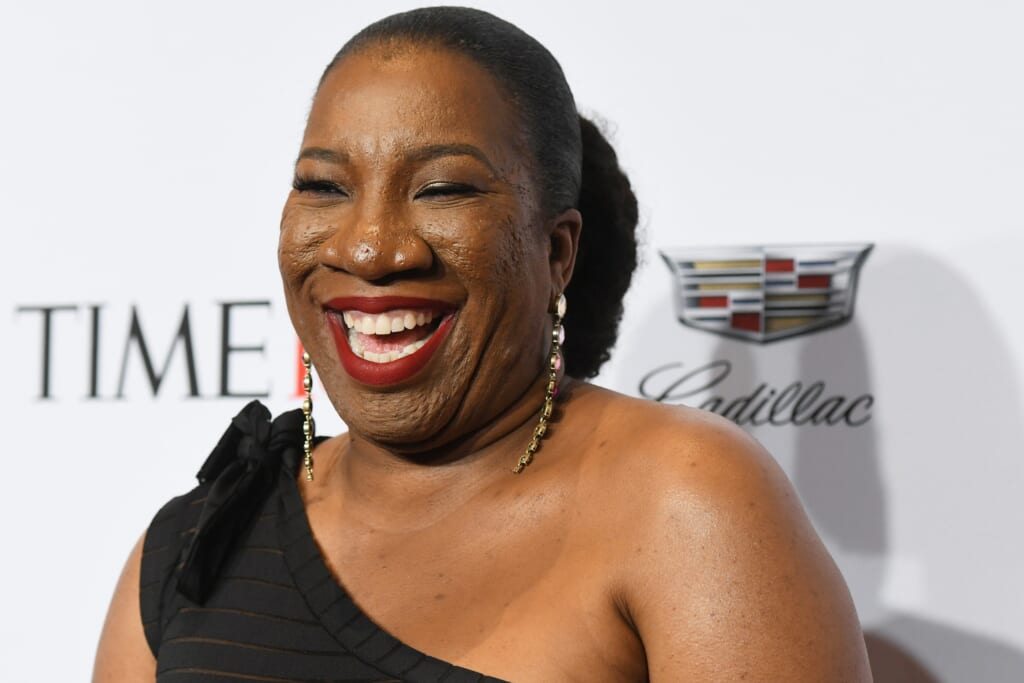 “In our quest to partner with compelling storytellers, Tarana and Mervyn stand out,” David Stapf, president, CBS Studios said in a press release obtained by theGrio. “Their drive and leadership as stewards of change bring a powerful and distinct voice to advancing stories of inclusion and impact. They are clearly magnets for many whose voices need to be heard and we’re excited to work alongside them in this new venture.”

Marcano is a storyteller, a producer, and a communications strategist who has worked on several TV projects such as BET’s Finding Justice. He also sits as the head of communications at Blackbird, a strategic hub for social justice and racial movements.

“We’re thrilled to be building a powerful vehicle for inclusive stories with CBS Studios,” said Marcano. “Our goal has always been to create a pipeline of culturally progressive programming with our diverse network of creatives and storytellers. We look forward to working with the team at CBS Studios as these stories find their homes across the media ecosystem.”

Through arts and culture, Burke, a native of the Bronx, New York, has dedicated the last three decades of her life to combating racial injustice, violence, and gender inequity. She began using the term  “Me Too,” in 2006, to shed light on sexual abuse and assault.

The phrase went viral in 2017 after the Harvey Weinstein sexual abuse allegations began to surface. Burke’s memoir Unbound,  is set to drop this fall.

“Creating space for new narratives has always been an integral part of cultural change work,” said Burke. “Field/House is a platform for those new narratives. This partnership gives us the reach and scale to ensure that we build new audiences for new voices.”

Mashariki has snagged the role at the audiobook company. Audible recently announced she will lead the company’s original content team, per The Wrap.

“Audible is an industry leader and the go-to home for extraordinary creators and gifted auteurs,” said Mashariki in a statement. “I’m absolutely thrilled to join a best-in-class team to lead content creation, evolve our strategy, amplify original voices – both emerging and established – and deliver imaginative, immersive, and high-quality audio narratives to audiences everywhere.”

Mashariki is a graduate of Harvard Law School. She spent 15 years working at Fox Searchlight Pictures as an SVP of production where she oversaw films such as 12 Years a Slave and The Secret Life of Bees.

“Audible is in the business of fearlessly creating unparalleled audio experiences that showcase the best in storytelling. With Zola, a profoundly gifted executive, we are poised to conquer this important moment in audio–a pivotal time when creativity and originality are at a premium and we deepen our commitment to re-imagine what audio experiences can mean for audiences,” said Rachel Ghiazza, head of US content, EVP, in a statement.