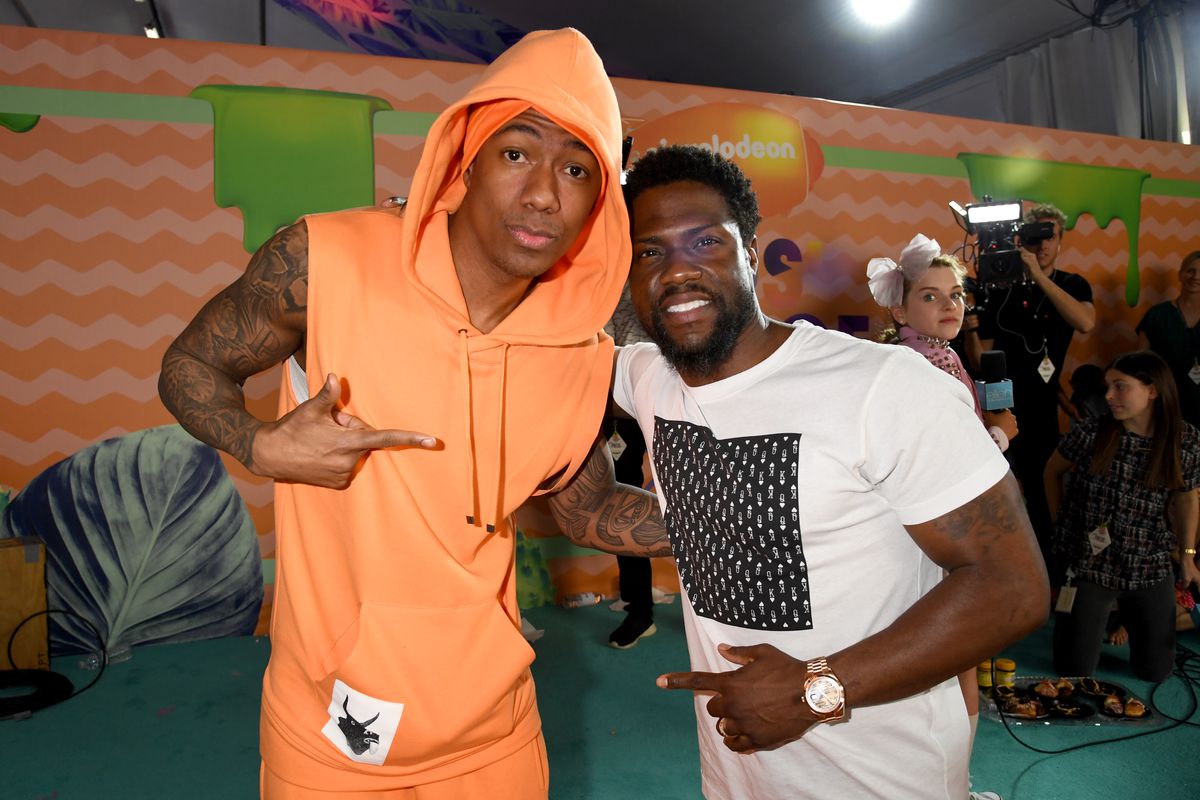 It appears the ongoing “prank wars” between Nick Cannon and Kevin Hart have reached new heights—literally.

As reports, the two have been engaging in this back-and-forth for a while now, with Cannon and Hart each trying to up the ante on one another with each prank. Now, it seems the war has been elevated, thanks to Cannon’s latest prank, which saw a promo poster for his new talk show The Nick Cannon Show wrapped around Hart’s Leer Jet.

“Snuck into @kevinhart4real private hanger over the weekend and personally with my whole Face!” Cannon showing off the new look. “So now everywhere he flys [sic] he will be promoting my New Show!!! Gotcha Back Byaaaach!!!”

It was later revealed that the stunt was a part of a LARGER plan to get the Jumanji star on Cannon’s new show as his very first guest, so the joke really was on Hart, after all. Poking fun at his “frenemy,” Cannon said:

“I know you gotta catch a flight but that don’t come off for like a month. It’s forever. My face is on your shit, you gotta keep it.” To which Hart responded, “I’m throwing this plane in the trash. This plane won’t get ne’er another ride from me, I promise you that. And I’m not going on my business trip, you’ve ruined my day. It’s over.”

Before this latest attempt, Hart bought a handful of digital billboards across Los Angeles, Atlanta and New York City, each and a caption that read: “For any advice on fatherhood call me best friend Nick. Hey guys, here’s his cell #.” Prior to that, Cannon sent Hart for his birthday back in July.