Check out theGrio’s favorite series from ‘Underground Railroad’ to ‘Insecure’

As 2021 comes to an end it’s time to reflect on the best (and Blackest) things we’ve seen on the small screen this year. With so many notable projects released during a year where TV time remained one of the most safest things we could binge on, there was a lot to sift through this year.

Check out our list of the Best 10 TV shows of the year: 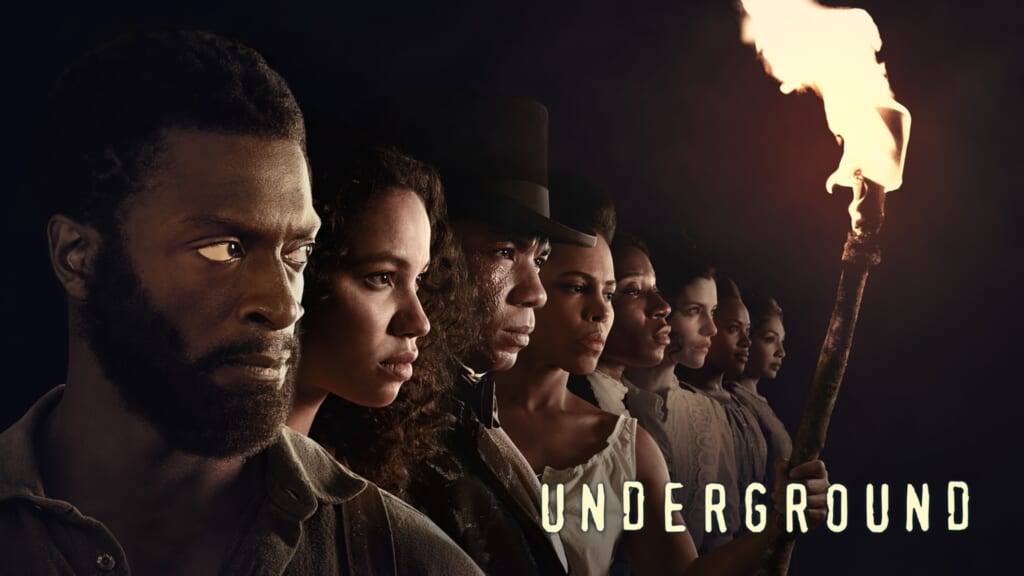 Based on the 2016 book by Colson Whitehead, the beautiful and brutal limited series from Barry Jenkins was easily the best thing on TV this year. While it wasn’t promoted the way it should have been, and requires a certain amount of commitment to get through, this is a slave story told through the eyes of a true genius and the result is a depiction of our people that we have never seen before. Thuso Mbedu is absolutely amazing as Cora and her talent is matched by a laundry list of incredible performances from William Jackson Harper, Aaron Pierre, Chase DIllon, and others.

Where to watch: Amazon Prime

Jasmine Cephas Jones stars as Ashley in the series that’s a spinoff of the 2018 film from Daveed Diggs and Rafael Casal, who returns sporadically as her partner/babydaddy, Miles. This time around, he’s behind bars and Ashley is forced to figure out her future while living with his deliciously difficult mother and sister, played by Helen Hunt and Jaylen Barron. A long list of talented actors including Candace Nicholas-Lippman, Atticus Woodward, and Anthony Ramos round out the cast of this unique series whose score is almost as addictive as its script.

Where to watch: STARZ 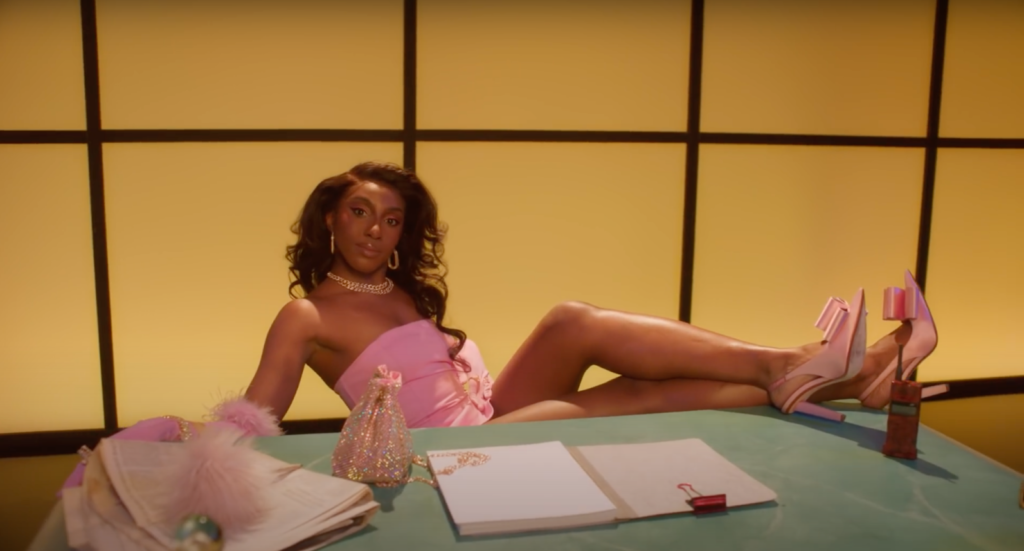 Watching Ziwe Fumudoh take her rightful place at the top of the comedy game has been one of the biggest joys of 2021 and if you still don’t know her name; what are you waiting for? As the star and executive producer of this deeply satisfying variety series that puts her knack for satire on full display, Ziwe has proven she’s a force to be reckoned with ad has no problem making her unsuspecting guests squirm every chance she gets. Those guests range from political giants like Stacey Abrams to folks like Eboni K. Williams and Lil Rel Howery whose uncomfortable interviews are punctuated by hilarious musical numbers that touch on race relations, politics, and more.

The second season of this rom-com anthology stars William Jackson Harper as Marcus Williams, a book editor who realizes he and his white wife aren’t meant to be and finds himself suddenly singe again. Jessica Williams shines as Mia Hines, one of the many love interests we get to watch Marcus court as he navigates this new single life and gets to know himself. Punkie Johnson plays Marcus’ sister, Ida Watkins and the dynamic between her and her brother is an added bonus to the show that’s as funny as it is introspective. 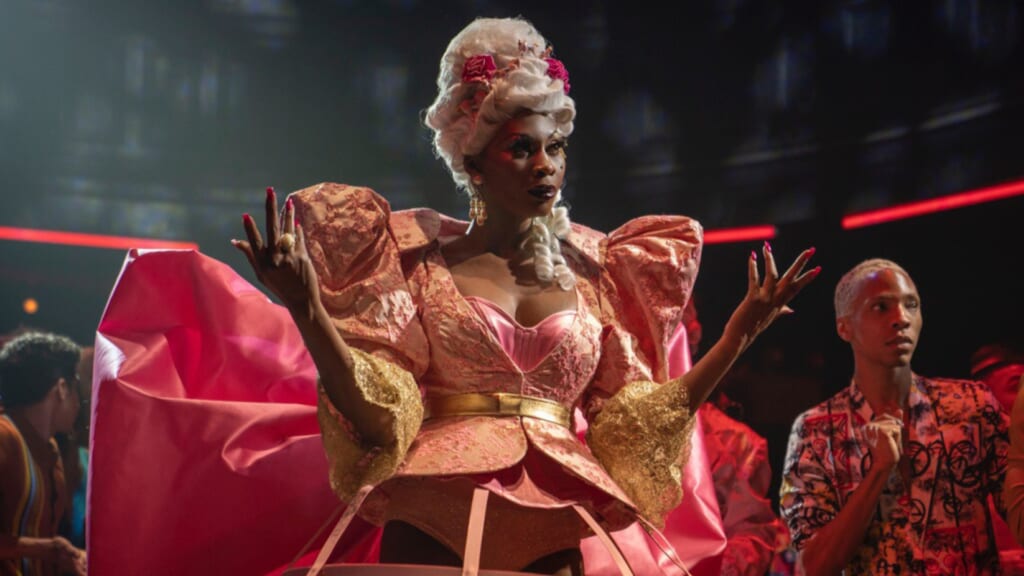 Dominique Jackson, starring as Elektra Abundance Evangelista, in a scene from the FX show, “Pose,” which just ended filming its final season. (Photo by Macall Polay/FX)

This groundbreaking series came to a close after three seasons and while it’s hard to say goodbye to such am important piece of television, this crew left on high note for sure. MJ Rodriguez, Billy Porter, Dominique Jackson, Indya Moore, Dyllon Burnside and so many other talents left it all on the ballroom floor and delivered a heart-wrenching and inspiring experience to viewers who were captivated by the raw, compelling drama that illuminated so much for so many. Few projects will make as big of a mark as POSE did when it comes to representation and while we’re still waiting for more shows to follow in its footsteps, the impact it has had on the culture is truly immeasurable.

Where to watch: FX 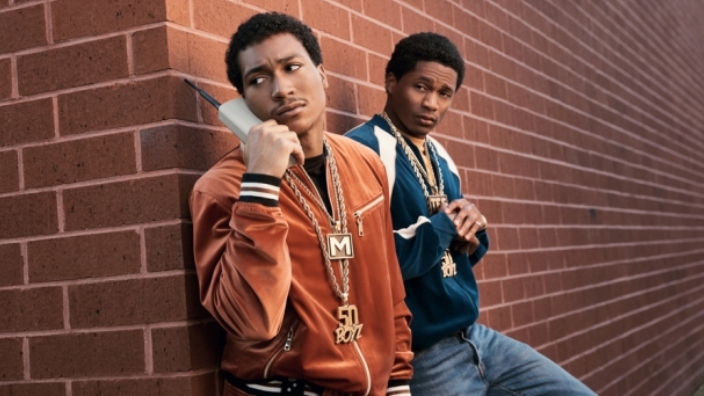 When Black Mafia Family (BMF) burst onto the scene this year, no one could have expected for it to be such a captivating drama that’s less about crime and more about family than we imagined. Anchored by a powerhouse cast that includes Russell Hornsby, Michael Briana White, Wood Harris, Ajiona Alexis, Eric Kofi-Abrefa and Da’Vinci, this show has the heart and the grit to keep us coming back. The first season revealed how infamous, real-life kingpins, Demetrius “Big Meech” Flenory and his brother Terry ‘Southwest T” Flenory got their start in the drug game and eventually became one of the most prolific American crime families this country has ever seen. Executive produced by Curtis “50 Cent” Jackson and Tasha Smith and written by Randy Huggins, the show delivered dose after dose of drama that had us on the edge of our seats. Even more impressive is the fact that the character of Bug Meech is portrayed by his real-life son, Demetrius Flenory Jr., who was just five years old when his father was sent to prison.

Where to watch: STARZ

Master of None Presents: Moments in Love

One of the most pleasant surprises of the year came from the third season of Master of None. The series deviated from its usual format and shifted its attention from Aziz Ansari’s character to focus on his friend, Denise (Lena Waithe) and her wife, Alicia (Naomi Ackie). Up until now, Denise was kind of a side character whose main contribution to the show has been comic relief, but this season, it’s all about the drama that comes with finding success and building a life with another person. The 5-episode season is beautifully shot and expertly acted by both leading ladies who manage to portray a lesbian love story like we’ve never seen before.

Where to watch: Netflix 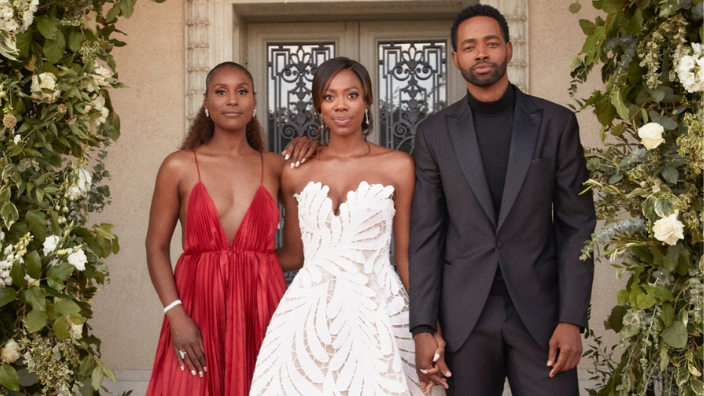 Even though some folks may have been deterred by a slow start to the final season of this monumental series, most fans agree it finished hella strong. The show that shot Issa Rae into superstardom and changed the landscape of television forever stayed true to its roots and centered on the love story between Molly (Yvonne Orji) and Issa while serving up the romance drama we all came to crave.  The entire cast brought their A-games to their final bow and the show even shed light on the harsh realities of co-parenting and kicking imposter syndrome to the curb.

Where to watch: HBO

The second season of this practically perfect comedy served up even more laughs than the first and raised the bar for all of its competition. Created by Bashir Salahuddin and Diallo Riddle, the show follows Simon and Kareme, two friends pursuing their post-college dreams in the Chicago neighborhood they call home. Those dreams often amount to schemes to get rich quick and the antics these two get into had us in stitches. The stellar cast includes Sultan Salahuddin, Kareme Young, Chandra Russell, Lil Rel Howery, and Zuri Salahuddin, among other standouts.

With so much fantastic kids content hitting the small screen this year, we had to highlight one of the year’s best new offerings. Created by Chris Bridges aka Ludacris, the animated series is full of instantly lovable characters, mesmerizing music, and stories the whole family can get into. The titular character, Karma, is smart, confident, and creative and her friends look like kids you would see on a real playground with your little ones. While all of the episodes of the first season are great, a special shout out goes to the one that shows lots of love to Karma’s natural curls.

Where to watch: Netflix

Have you subscribed to theGrio podcasts “Dear Culture” or “Acting Up?” Download our newest episodes now!