Tony Rock denies that Chris Rock, Will Smith have reconciled after Oscars slap

The comedian’s brother also denied that the slap was staged

Chris Rock has not yet spoken publicly about Will Smith slapping him at the Academy Awards on Sunday, but the comedian’s brother has reacted to the controversy.

Tony Rock condemned the incident in a series of tweets on Tuesday telling his followers that Chris is “fine” after the assault. He also rejected Smith’s apology.

Chris Rock and Will Smith at the 94th Academy Awards at the Dolby Theatre at Ovation Hollywood on Sunday, March 27, 2022. (Myung Chun / Los Angeles Times via Getty Images)

During the 94th annual Academy Awards ceremony, Rock roasted Jada Pinkett Smith’s bald head when he joked, “Jada, I love you! G.I. Jane 2, I can’t wait to see it.”

As reported by theGrio, the joke did not go over well with Jada, 50 and her husband Smith, 53, as the actress has previously spoken about her hair loss due to alopecia. The couple appeared at the ceremony for Smith’s Best Actor nomination for his performance as Richard Williams in King Richard. 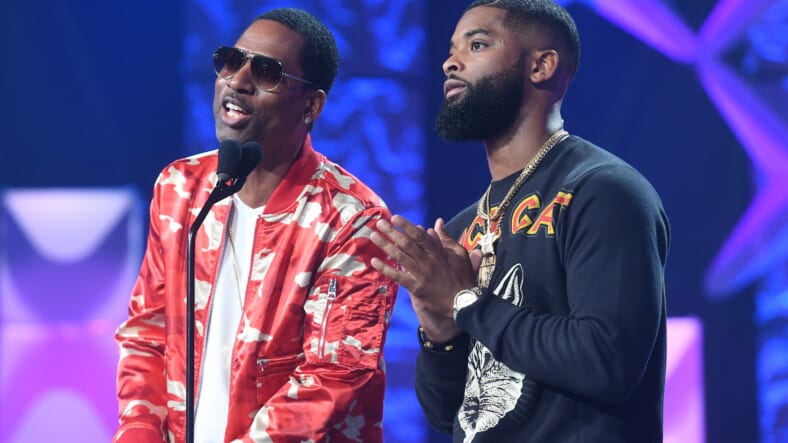 Sean ‘Diddy’ Combs said Chris and Smith settled their differences at an Oscars after-party, but Rock claims that didn’t happen. In fact, he says the Rock family is still waiting for Smith to reach out to Chris directly to discuss the incident.

A friend of Diddy’s clarified that the music mogul spoke to both men separately after the debacle but neither of them spoke to one another.

“He went up to them both privately to have a few words,” a source told PEOPLE. “Chris was in shock and Diddy tried to give him encouraging words, and then he went over to Will at his seat.”

Rock slammed the notion that the slap was staged. When one Twitter user asked if he plans on being respectful when he responds to Smith directly, or “fight fire with fire,” Rock said, “It’s on, bro.”

After answering about 20 questions as is his Tuesday night habit, Rock concluded with, “Be sure to watch Good Hair since the narrative is now changed to all my bro does is disrespect women of color.”

Several Twitter users reacted to this message by noting the numerous moments that Chris has disparaged Black women and Black people in general.

The veteran comedian declined to press charges against Smith. It’s likely he will address the slap during his stand-up show at Boston’s Wilbur Theater on Wednesday night as part of his Ego Death World Tour.

“Violence in all of its forms is poisonous and destructive. My behavior at last night’s Academy Awards was unacceptable and inexcusable,” Smith wrote. “Jokes at my expense are a part of the job, but a joke about Jada’s medical condition was too much for me to bear and I reacted emotionally.”

“I would like to publicly apologize to you, Chris. I was out of line and I was wrong. I am embarrassed and my actions were not indicative of the man I want to be,” he continued. “There is no place for violence in a world of love and kindness.”

Pinkett Smith also shared her thoughts on the incident on Tuesday in a post that read, “This is a season for healing and I’m here for it.”

The post Tony Rock denies that Chris Rock, Will Smith have reconciled after Oscars slap appeared first on TheGrio.