They’re calling it ‘A night for the QUEENS.’

R&B legends Chaka Khan and Stephanie Mills are set to face off on Verzuz for a holiday season special the platform is billing as “A night for the QUEENS!!!”

Verzuz TV, Triller and the Fite TV streaming platform will broadcast the Nov. 18 show live from the Theatre at Ace Hotel in downtown Los Angeles at 8 p.m. ET Thursday. Ticket prices to see the show in person range from $50 to $150.

“My sister @ChakaKhan and I are spreading love and positive vibe, with amazing music,” Mills said Sunday morning in a tweet about the matchup. “This is truly for the #Culture.”

It appears Mills had a change of heart about doing the Verzuz battle after allegedly being snubbed by the platform’s managers, according to an interview she did with The Breakfast Club in June. The seven-time Tony Award winner, whose fame skyrocketed while playing Dorothy in the hit 1970s Broadway musical The Wiz, said she and Khan’s managers initially proposed booking the battle to the Verzuz team earlier this year, but were told there was no interest, according to Complex.

I wouldn’t do it now anyway,” Mills told host Charlamagne tha God in June before her manager approached a studio mic and informed the audience that he and the Verzuz crew were developing plans for a show.

“Breaking news … We’re working on it now,” Mills’ manager said during the interview.

“We’re gonna do it,” her manager responded with a playful laugh. 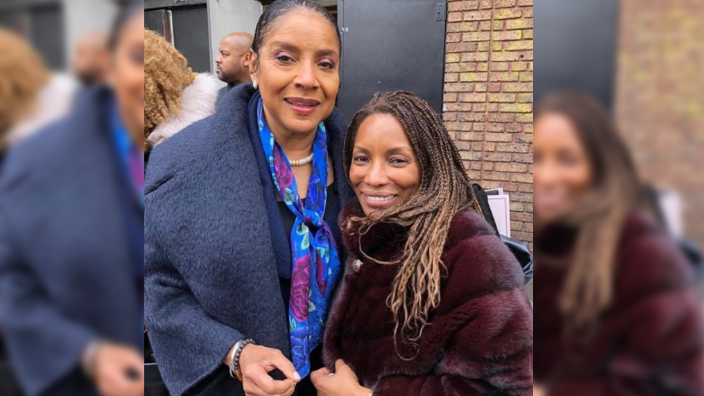 “Make sure you tune in, and tell a friend,” she tweeted Saturday.

Verzuz is the webcast series that pits the music catalogs of R&B and hip-hop icons against one another in competitive yet friendly battles to see which chart topper has the superior set of hits. Hip-hop producers Swizz Beatz and Timbaland founded the series on Instagram in spring 2020, when the COVID-19 pandemic resulted in the shutdown of non-essential businesses, including the live music venues most music artists rely on to host concerts and earn a living.

Initially, Verzuz was as a way for artists to entertain fans who could no longer venture out to see their favorite performers live. Soon after, the platform became a pandemic success story, with millions tuning into Verzuz on Instagram Live to see matchups like Brandy vs. Monica, Snoop Dogg vs. the late DMX and Gucci Mane vs. Jeezy.

Major brands and politicians such as Stacey Abrams, Bernie Sanders and Kamala Harris have used Verzuz as a marketing platform for their products and political campaigns. In March, streaming platform and Tik Tok competitor Triller acquired the rights to broadcast Verzuz events for an undisclosed amount. Peloton, the home exercise equipment company, also announced a partnership with the Verzuz team earlier this year.