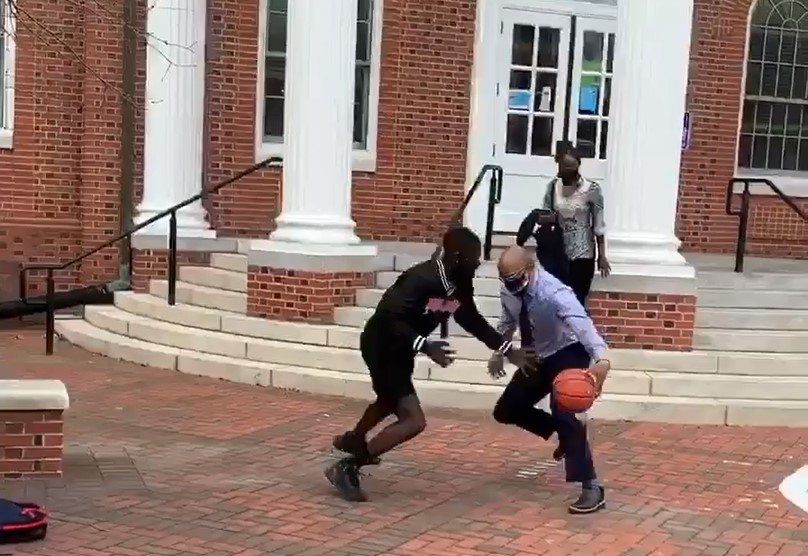 A Virginia State University student met his match when the president of the historically black university showed up during a basketball challenge.

A video going viral on Twitter shows graduate student Afolabi Oyeneyin bamboozling one person after another with the ball. But VSU President Makola Abdullah proves he’s in a different class when he steals the ball, bounces it off Oyeneyin’s head and then crosses him up.

I was walking around Virginia State & the President of the school just embarrassed me..?? pic.twitter.com/1hAh5MUISL

Oyeneyin shared the footage on social media Tuesday, admitting, “it took a lot for me to post this.”

“He definitely got me tho,” he joked of Abdullah in the tweet, later promising a rematch.

The clip has now garnered more than 3.9 million views.

“I knew it was going to be big,” Oyeneyin told local station WTVR. “But this is insane, to be honest. I’ve never seen that happen before. People are seeing it from all over the world.”

Abdullah appeared to enjoy the exchange, tweeting, “You already know it’s all love. I can’t wait until everybody is back on campus.”

You already know it’s all love. I can’t wait until everybody is back on campus. pic.twitter.com/xajTnTwR7A