Will It Ever Happen? Two Senators Halt A Voting Rights Bill 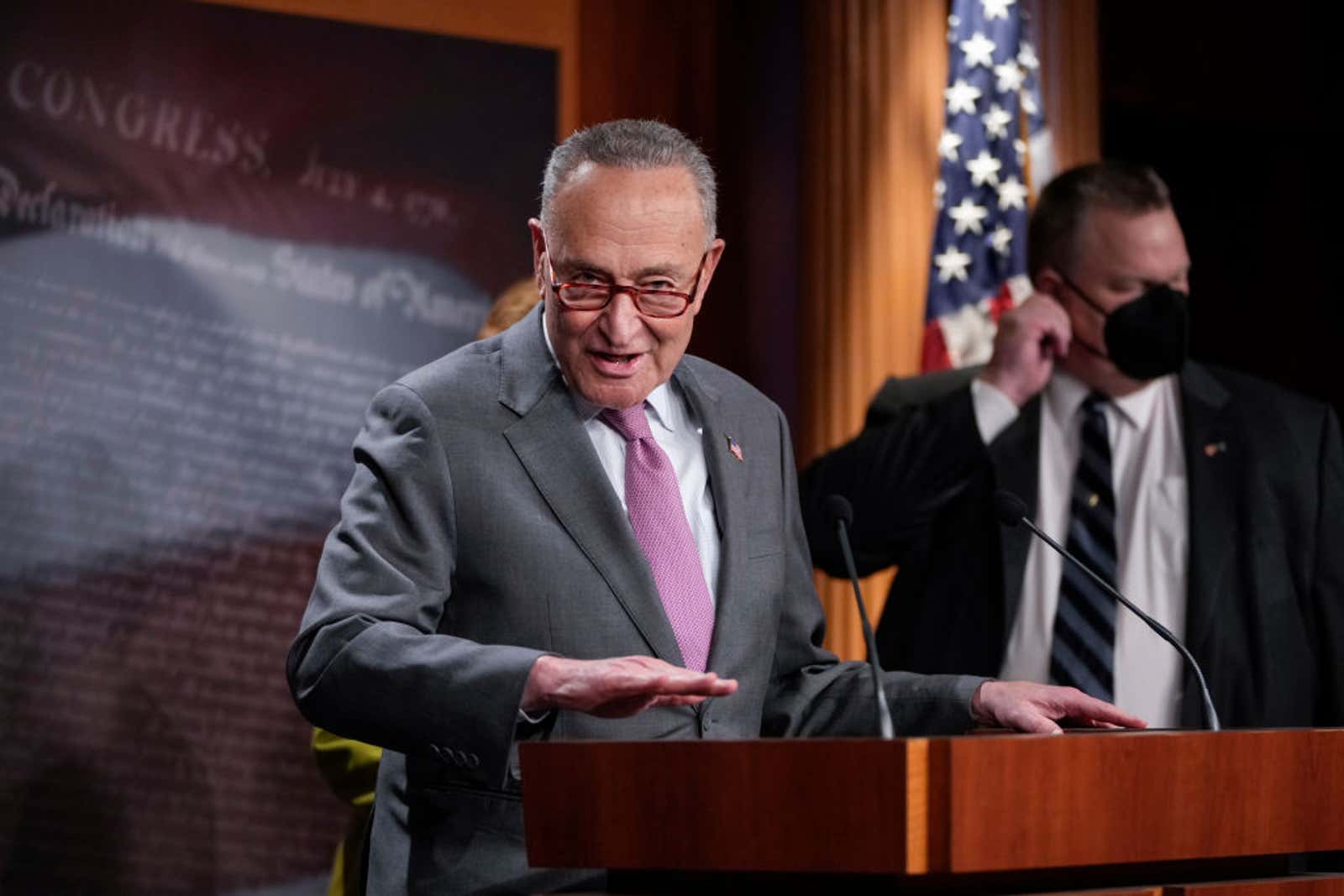 On the latest episode of… “Will We Get Voting Rights Legislation Passed?” Democrats tried a new approach on Thursday. They combined parts of the John Lewis Voting Rights Act and Freedom to Vote Act into one single bill. On Thursday, it passed along party lines in a 220-203 vote, according to the .

The new combo of legislation contains the Freedom to Vote Act provisions that would expand and protect voter access, reform redistricting and campaign finance and protect against election subversion.

In her best John McCain impression, Sinema praised the voting rights bills, but can’t quit her love for the filibuster.

Of course, Senate Republicans who won’t even take the voting rights bills up for argument in the chambers praised her speech according to :

As she spoke, several Republican members sat in the chamber, including those in GOP leadership: Senate Minority Leader Mitch McConnell, R-Ky., and Senate Minority Whip John Thune, R-S.D. Thune at one point nodded at what she said and looked over at a group of his GOP colleagues.

“What she was speaking to is kind of what I think the desired state should be here in the Senate, and it’s hard but it’s, it’s doable. If people of good faith can sit down together,” Thune said.

That’s not all. Sen. Joe Manchin decided that he couldn’t quit the filibuster either and put out a statement backing it yet again:

“Senator Byrd testified that, ‘the right to filibuster anchors this necessary fence.’ He concluded with, ‘We must never, ever, ever, ever tear down the only wall, the necessary fence, that this nation has against the excesses of the executive branch and the resultant haste and tyranny of the majority,’” Manchin said.

President Joe Biden had a meeting with Senate Democrats to get everybody on board. You can see how visibly frustrated he is:

I’m frustrated, as well as most Americans are. Two people who have this distorted image of bipartisanship continue to hold the line for a party who will step over it if they take back power. There are voting rights restriction bills in Sinema’s own state waiting to get passed. How does she think she would have a chance at re-election? Unfortunately, it looks like we are right back at a stalemate with time running out.

Source: Will It Ever Happen? Two Senators Halt A Voting Rights Bill