The Academy of Motion Pictures Arts and Sciences said that Will Smith was asked to leave to Sunday’s Oscars after hitting Chris Rock but refused.

Many have questioned why Smith was allowed to remain seated front row at the Academy Awards after the incident. On Wednesday, the academy suggested that it attempted to remove the actor from the audience. 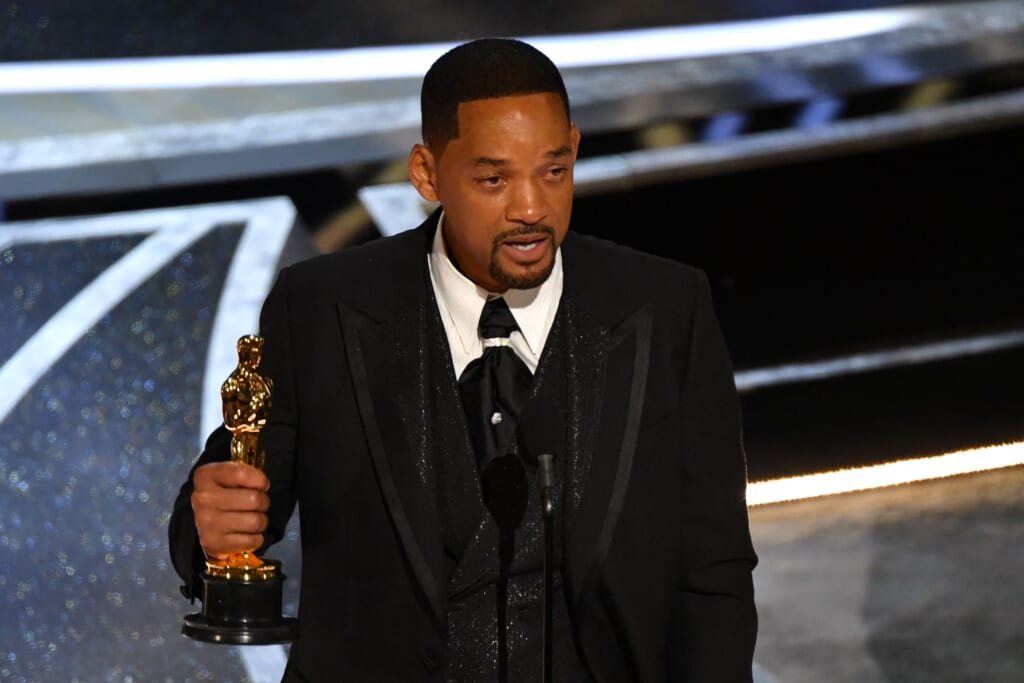 Will Smith accepts the award for Best Actor in a Leading Role for “King Richard” onstage during the 94th Oscars at the Dolby Theatre in Hollywood, California on March 27, 2022. (Photo by Robyn Beck / AFP) (Photo by ROBYN BECK/AFP via Getty Images)

“Things unfolded in a way we could not have anticipated,” the academy said. “While we would like to clarify that Mr. Smith was asked to leave the ceremony and refused, we also recognize we could have handled the situation differently.”

The academy’s board of governors met Wednesday to initiate disciplinary proceedings against Smith for violations against the group’s standards of conduct. The academy said Smith has the opportunity to defend himself in a written response before the board meets again on April 18. The academy said disciplinary action for Smith could include suspension, expulsion or other sanctions.

Chris Rock and Will Smith onstage during the show at the 94th Academy Awards at the Dolby Theatre at Ovation Hollywood on Sunday, March 27, 2022. (Myung Chun / Los Angeles Times via Getty Images)

“Mr. Smith’s actions at the 94th Oscars were a deeply shocking, traumatic event to witness in-person and on television,” the academy said.

“Mr. Rock, we apologize to you for what you experienced on our stage and thank you for your resilience in that moment. We also apologize to our nominees, guests and viewers for what transpired during what should have been a celebratory event.”

On Monday, Smith issued an apology to Rock, the academy and to viewers, saying “I was out of line and I was wrong.”