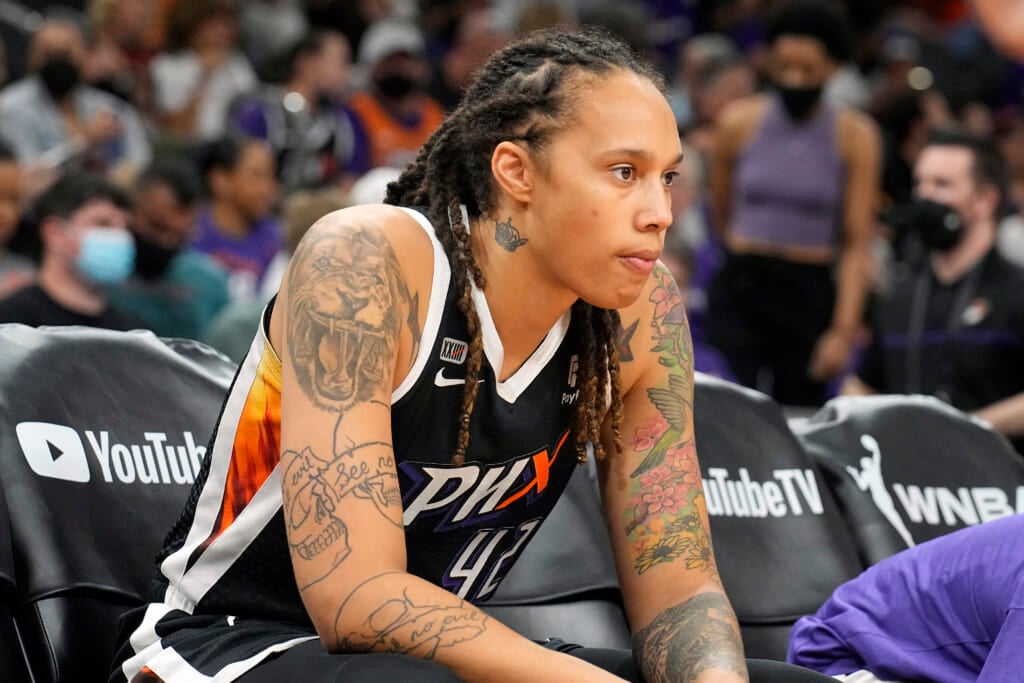 On Saturday, the 100th day of Brittney Griner’s detention in Russia, the Women’s National Basketball Players Association (WNBPA) called for increased action from supporters and fellow athletes in their bid to bring the player home.

As reported previously by the Associated Press, the Phoenix Mercury center has been detained since Feb. 17 after vape cartridges containing oil derived from cannabis were allegedly found in her luggage at an airport near Moscow. The 31-year-old Griner — a two-time Olympic gold medalist for the U.S. — is facing up to 10 years in prison on drug smuggling charges.

The WNBPA is encouraging fans and supporters to sign a petition calling for Griner’s release. The organization also wants players from professional sports to hold media blackouts in an effort to bring attention to the issue, CNN reports.

“Brittney Griner is our teammate, our friend, and our sister. She is a record-breaker, a gold medalist, a wife, a daughter, a champion, a role model, an all-star, and so much more,” the WNBA said in a statement on Saturday.

“To our sisters, brothers and colleagues in professional sports: sign the petition, hold your own media blackout, please. Help us reach the White House,” the organization continued.

“To athletes, of any age, ability level, team, sport, or country: this is OUR global sports community, we need to stand up and stand together to call for her release. Speak up, speak out, and do not stop until BG is home,” the statement said.

The WNBA is also urging President Joe Biden to meet with Griner’s wife, Cherelle Griner, who on Saturday posted on her Instagram pleading for Biden to take action. “100 days of being wrongfully detained, @potus bring BG home,” she wrote.

The @TheWNBPA is urging all to sign the https://t.co/vPbO5fjz7D petition to help free WNBA star Brittney Griner, and is asking all athletes in professional sports to hold their own media blackouts to bring attention to the matter. pic.twitter.com/rKg4CUoVLF

“Cherelle NEEDS to meet with President Biden. Her person, our sister has been wrongfully detained for 100 days. You’ve heard our pleas. You have heard BG’s wife Cherelle’s pleas. And now more than ever, we need you to stand with us, and get her person home,” the WNBA said in the statement.

Cherelle Griner spoke to ABC’s Good Morning America on Wednesday and noted that she wants to speak to Biden directly about her wife’s detainment.

“I just keep hearing that, you know, he has the power. She’s a political pawn, ” said Cherelle, who became emotional detailing what little she knows about Griner’s detainment, per the AP report. “So if they’re holding her because they want you to do something, then I want you to do it.”

Here’s a link to the WeAreBG.org petition.

The post WNBPA renews call to action for Brittney Griner’s return to US appeared first on TheGrio.