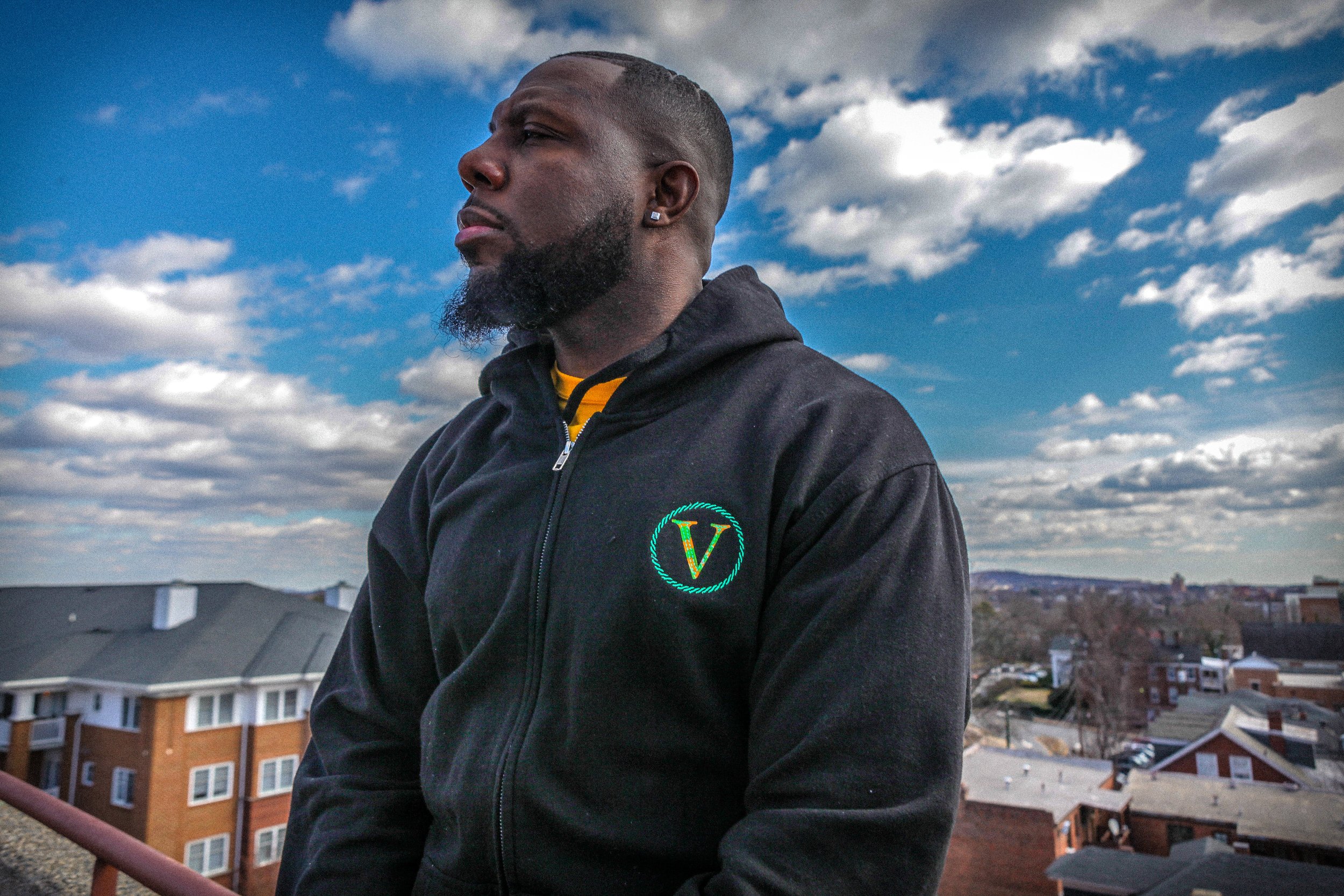 It was just across the border in Matamoros, Mexico where Wes began to realize that he was different. While on a missions trip to help build homes for families, Wes stated, “That’s where I realized I was a leader.”  He remembered and relayed the story in a way that seemed to even surprise to himself.  Wes was one of the seventh-grade students on the trip, and one simple request by his pastor was enough to send his life on a trajectory that many may never have expected.

His pastor asked the group, “Who would like to speak on behalf of the youth?” The way Wes explained it, it was as if it was an outer body experience, and he watched himself rise to the occasion and utter the words, “I will.”  “I’m not sure what came over me,” said Wes. “Something just rose up inside of me.” One thing is for certain about Wes, whether you agree with him or not, he is going to stand up and speak.

Lest this article go into the depths of what we already know or think we know about Wes, I wanted to ask him about who he was beyond that of an activist and leader.  What we discussed ebbed and flowed in and out of the subject of his public life, but I really wanted to look at the more personal aspects of Wes and who he is on a very human level.

So, I started with the often unearthing and existential question, “Who are you Wes?” He laughs and sighs in seeming discomfort but relief at the same time, and says, “I ask people that question all the time.”  I sense that he is buying time to collect his thoughts.  After he laughs a few more times in a way that seems to help him relax, he says vociferously, “I am a child of God.” You see the thing is, once Wes gets going, he gets going. “I am a person who understands his blackness and is comfortable in his blackness.”  He keeps releasing. “I am guided by my family, my wife, my children.” I’m like slow down homie, I’m trying write it all down. He keeps going and says something consequential. “I speak up for what’s right regardless of the blow back. I’m okay with the highs and the lows. I don’t look to others for confirmation. I look to God.”

What I notice very early as we are having this conversation is that what people may not necessarily see on the surface is that Wes is deeply rooted in his faith and in his family.  “My family means the most to me.” But Wes even wants to extend that idea of family beyond those he is related to. He says, “When I say family, I mean more than blood relatives. I mean big brothers, sisters, aunties, and uncles. God has sent people in my life to help me and to guide me, and I wouldn’t be the person I am without them.”

It would be no surprised to you that Wes has been accused of being cocky and egotistical, but Wes indicates that family is what keeps him ‘grounded’ and humble.  “I have great people around me. There is always somewhere I can go.”

Somehow, we make a sharp turn back to the past where Wes reminisces about his childhood again. He remembers being about eight years old when Spike Lee released the film Malcolm X starring Denzel Washington.  At the end of the movie, if you remember, there is a montage of video with young people stating proudly, “I am Malcom X.”  Wes often laughs between thoughts. “I used to walk around saying that everywhere I went. I would be like, ‘I am Malcolm X.’ That movie had so much of an impact on my life and who I am today.”

Those who know a little about Wes’ narrative know that he is an avid reader. (Side note, I let him borrow one of my Howard Thurman books, several years ago, and I haven’t seen it since.) Wes began this journey of reading as a middle schooler, first to impress a girl, then he inadvertently fell in love with reading. One of the books he speaks of that impacted him during those years was abolitionist author Harriet Beecher Stowe’s, Uncle Tom’s Cabin.  If you know Wes, he is quick to remind you that the character, Uncle Tom, was not the equivalent of what we think an Uncle Tom is today—but the opposite. 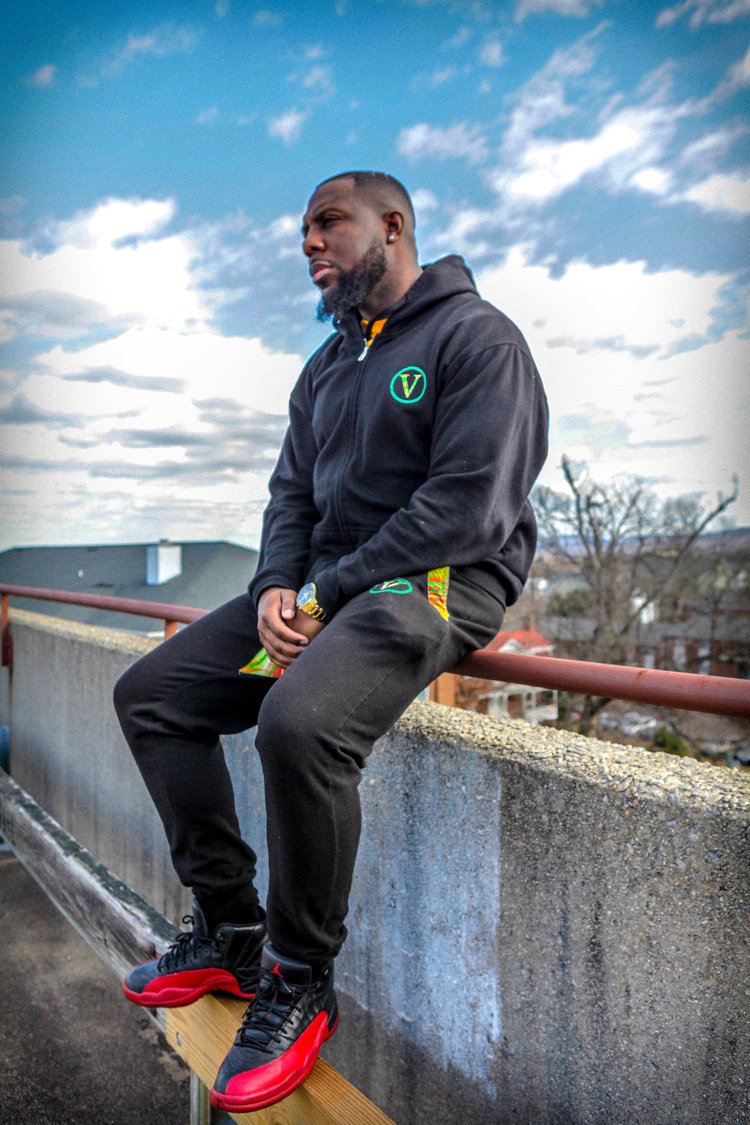 While growing up in Techwood Homes in Atlanta, Georgia, Wes remembers times of great danger and all the negative aspects of living in urban poverty. He said, “Yeah man they used to call our neighborhood Baghdad. That’s how rough it was.”  But Wes spoke of how he read his way out of poverty and how people encouraged him from all walks of life. He acknowledged the support given to him by his school teachers and mentors. But he also honored those who weren’t always on the straight and narrow and how they too encouraged him and recognized his light.  Even when he had an itch to enter the street life, the real street guys reminded him that he was different and had a higher purpose.

So, I told him we should get to the book because people are going to want to hear more about it.  “The truth is, I wrote the book as a form of therapy.” He laughs again.  “There is an uncut version of the book that will never be released.” He is still laughing. “My therapist suggested that write the book to get some things out and to speak from my own perspective and from my vantage point.”  People don’t miss that, the great Wes Bellamy said he has a therapist.

I want to pause right here for a second to commend Wes for his transparency and for his courage to seek therapy when it is often a taboo subject in the African-American community.  The fact that he has a therapist, and is open about it, is transformational and can only contribute to the health of others who are following him on the many platforms that he stands on.  I just wanted to take the time to salute him for this and encourage folks to overcome the stigma associated with therapy and mental health in general. Now, off my soap box.

So, in observing this aim at uncovering the more personal side of Wes, I asked him about his sense of style.  “Style is very important to me.” He goes on to talk about how when he first came into public life, he felt like he had to wear suits every day and bowties and what not. But he said, “The last two years, I’ve become very comfortable.  I used to want to dress up and present a certain image, but I learned that if I wore a suit or sweats, certain people were going to feel the same way about me regardless.” He went on to discuss how much hate mail he receives and how people used to send him letters addressing him as ‘Dr. Nigger.”

Wes goes on to say that, “I want to let the kids know that you can wear whatever you want to wear.  We can be free and our clothes don’t define us.  I want kids to know that you don’t have to be like everyone else.  As long as you have the credentials, just be yourself.”  Wes here places a high premium on being capable as opposed to looking capable. He closes his thought by saying, “They are going to call you what they want to call you, just be yourself.”

If you follow Dr. Wes on social media you’ll see that he is serious about his fitness.  This too is a part of his holistic approach to life and having balance while in the throes of the movement. “I’m very selfish with my time…taking care of my mental and physical health. I’m not going to apologize for taking care of me.”  While I’m listening to him speak, I’m like young Dr. Wes is wise beyond his years.  He doesn’t laugh much during this segment.  “On Tuesdays and Thursdays, I ball and lift weights. I do this because we often take on everyone else’s issues but don’t care of ourselves.”  Dang, he preaching. Preach, Dr. Wes!

He goes on, “I’m at prayer service every Wednesday morning at 6:00am.  I talk to my therapist, my friends especially my friend Will and the brothers at His Image Barbershop. I make sure I’m present for my family. I’m selfish with my time.”  I see his through-line.   Quality of life and balance matter to brother Wes.  “I’m more thoughtful about what I put in my body.” I thought he was going to hip me to this new nutrition regiment but nah, he says, “I’m talking about who and what I listen to.  I’m trying to protect my energy.  At this point, I’m trying to transition and grow. The energy I bring in is what a put out.” Nuff said Dr. Wes.

Connect with Dr. Wes Bellamy on social media at @DrWesBellamy on Twitter and @dr.wesbellamy on Instagram.  Be sure to purchase his new book Monumental: It Was Never About A Statue 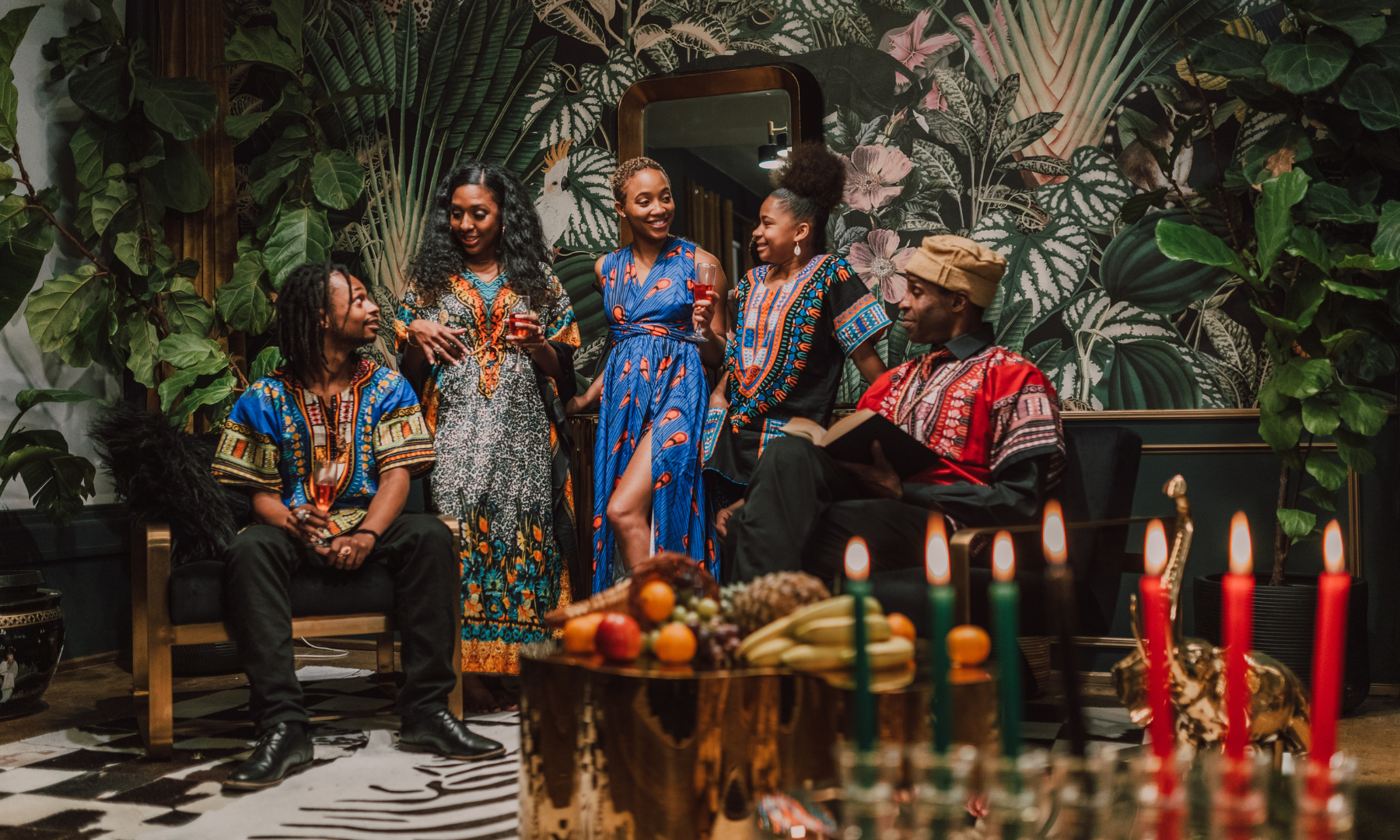 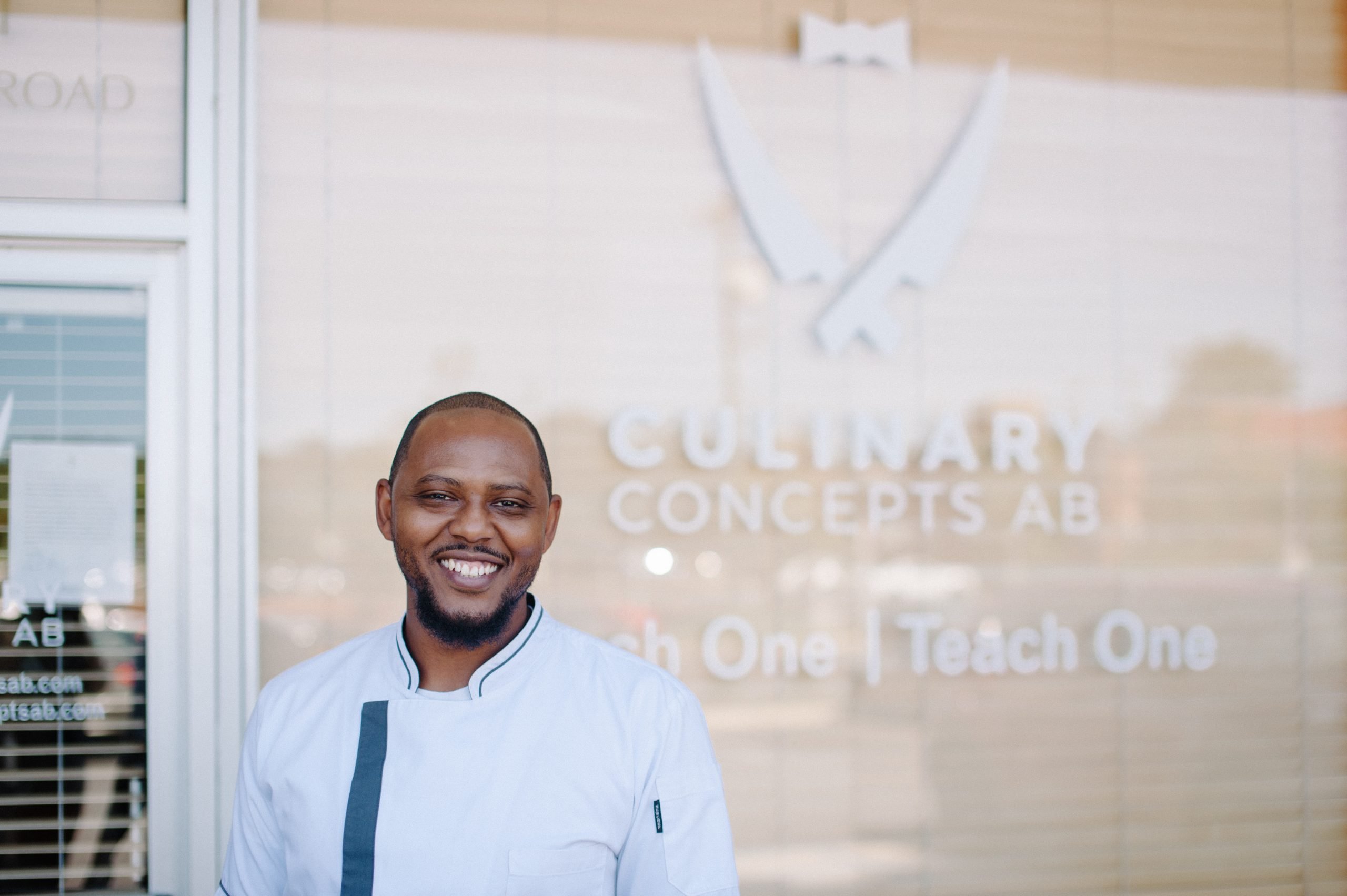 by Katrina Spencer Stage play director Jessica Harris’ endless passion for empowering her community through theater arts has led her to stage Stephen Sondheim’s award-winning 1986 musical Into the Woods at Live Arts Theater this July. Just as Broadway has renewed its...