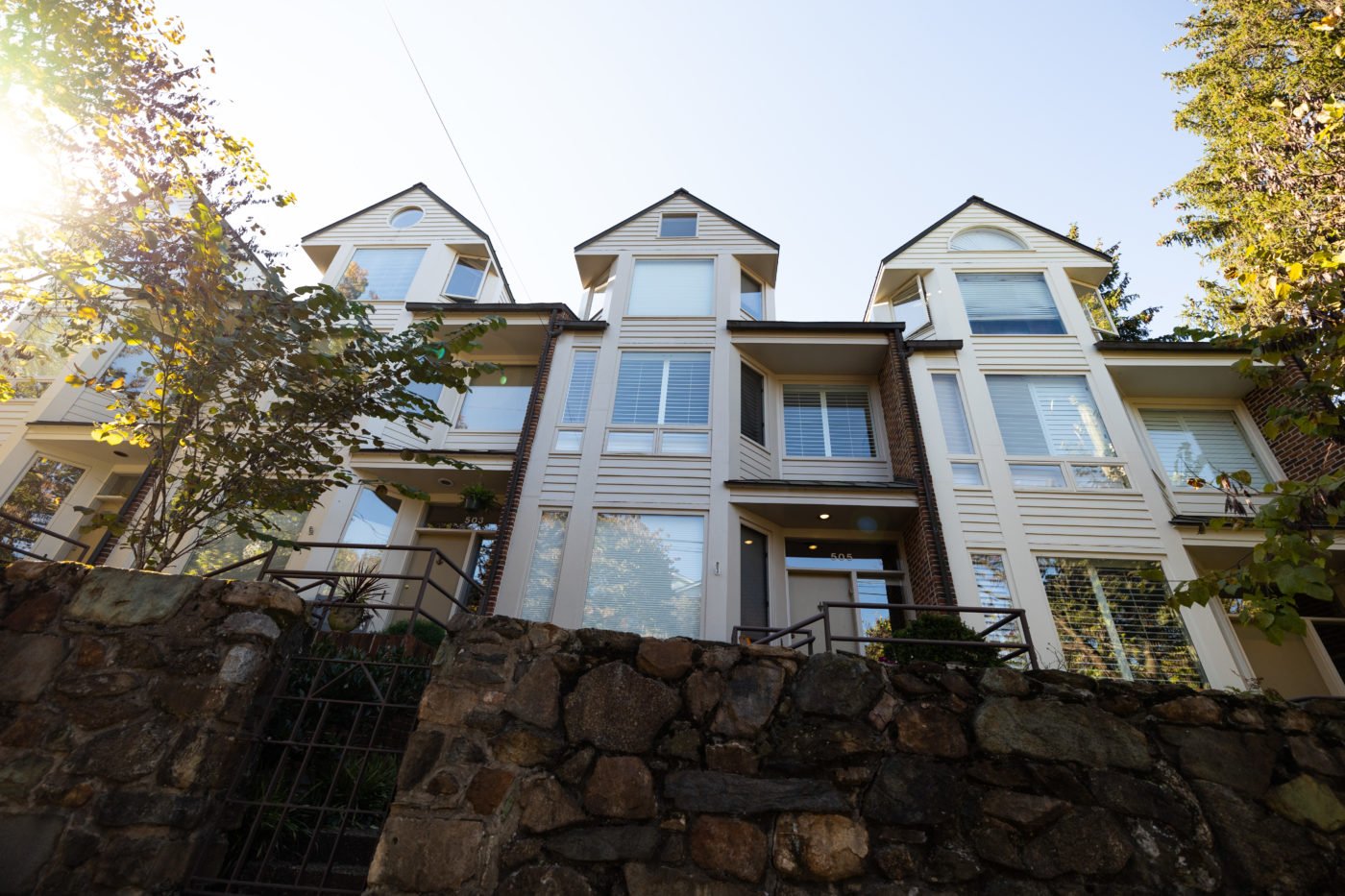 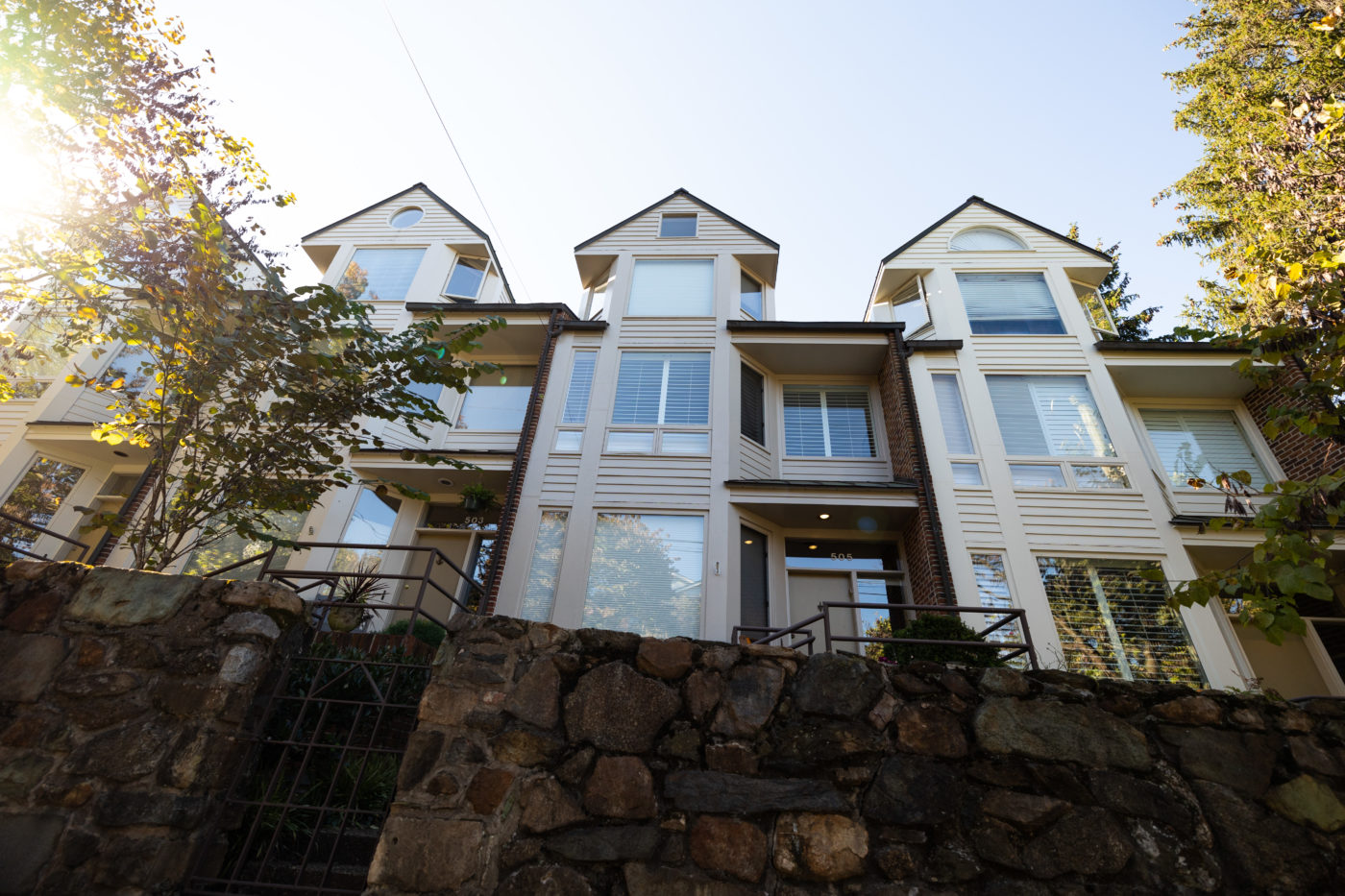 One major component of Charlottesville’s Comprehensive Plan update is creating more, and more affordable, housing of many types throughout the city, including quadplexes, like this one on the corner of Second St. NW and Hedge St.

After all, the topic of discussion — the update to the city’s Comprehensive Plan — has been in the works for nearly five years. But just before the meeting began, City Manager Chip Boyles announced that he would step down from his position effective October 29, and the news that came out of the Planning Commission session was overshadowed by that and other concerns over the stability of the city government.

That news, however, is major: Late last Tuesday night, Solla-Yates and the rest of the Planning Commission unanimously voted to pass the Comprehensive Plan, with a few amendments, on to City Council for two public hearings and, the commission hopes, adoption.

It will be supported by functional plans, such as the Affordable Housing Plan, the Bicycle/Pedestrian Plan, Streets That Work and the forthcoming Climate Action Plan, as well as Small Area Plans (such as the Cherry Avenue Small Area Plan).

The Comprehensive Plan also contains the Future Land Use Map, one part of one chapter of the overall plan; that single map has been extremely contentious in recent months.

The necessarily lengthy Comprehensive Plan states its purpose in the first few pages: “This renewed process, called Cville Plans Together, looked at the update process with a focus on affordability and equity, taking an intentional, critical look at the way that land use decisions have been made over time. This plan begins to address the injustice in distribution of housing opportunities and access to affordable housing options throughout the city as well as other critical community priorities related to land use, transportation, the environment and climate, economic development and wealth building, and more.”

In other words, the Comprehensive Plan is a self-improvement plan. It guides forthcoming city government activity in just about every way, laying out what the city expects to do over the next five years. It’s also a way for the city government — and its citizens — to hold itself accountable for creating and enacting policies and budgeting for programs that make progress in identified priority areas, which are:

Make sure all people have access to shelter, food, job opportunities, and other resources they need to thrive and succeed;

Work to both mitigate and prepare for the impacts of climate change;

Make it safer, easier, and more desirable to walk, ride a bicycle, utilize public transportation, or use other non-single-occupancy vehicle transportation options;

Keep Charlottesville green, make it greener, and protect the natural environment and the many benefits it provides;

Continue to evolve and improve communication and collaboration.

It’s also overdue. Charlottesville last updated its Comprehensive Plan in 2013, and by law, every locality in the Commonwealth of Virginia must have a comprehensive plan, and must update it every five years (as in, this one was due in 2018).

So, last Tuesday night, when Planning Commission Chair Lyle Solla-Yates made a motion to approve the Comprehensive Plan, with four agreed-upon amendments, and send it to City Council for its first of two hearings for approval, all seven commissioners had the chance to share their votes, “aye” seven times.

“Aye, with a dance,” said commissioner Jody Lahendro, who has served on the commission for more than seven years.

Commissioner Hosea Mitchell asked Lahendro and Taneia Dowell, another long-serving member of the commission, what they were thinking. “I’m thinking this is a long time coming,” Dowell said. “I’m thinking I’m glad we’ve gotten to this point. I’m thinking that I’m appreciative of all the hard work and dedication that’s put into this, not just from staff but from the citizens of our community that have chimed in, that have been chiming in since we started this process. […] We’ve been at this for quite some time […], and sometimes it felt like we weren’t making much progress. But here we are.”

Dowell closed her statement with the hope that City Council will vote to adopt the changes.

Lahendro then expressed a desire to accomplish even more before he and Dowell roll off the commission in August of next year.

Commissioner Stolzenberg added that the simultaneous housing and climate crises — which the plan seeks to address — have worsened in the time since this process began, and he’s happy to “deliver the very first step of the guiding plan to start to think about making changes that will actually have real-world effects.” He also mentioned that he wants to continue educating the community about what’s in the plan as a whole.

Stolzenberg also urged City Council to not remove the medium-intensity category from the Future Land Use Map, something they’d all discussed in a City Council and Planning Commission work session the prior evening. Removing that land use category “would be seen as reflecting the demands of people thinking about their own neighborhoods and their own backs when we really need to think about […] the people who make our city run, who are being forced out of the city day by day right now” due to the unavailability of housing, particularly truly affordable housing, in the city. “I think this plan is a big first step to do that, and I hope to see council pass it in full,” he concluded, to an echo of support from commissioner Karim Habbab.

Now that the Planning Commission has approved the Comprehensive Plan, there are two more checkpoints in the approval process, Jennifer Koch, an urban planner with RHI and project manager for Cville Plans Together, said in an interview with Charlottesville Tomorrow.

The first is a first public hearing and first reading for City Council during the council meeting on November 15. Koch and others from RHI will give a presentation similar to the one they gave last week, explaining how they created the plan for council to consider.

The second is a second reading, currently planned for December 6. Theoretically, that’s when City Council would vote to adopt the plan, said Koch. 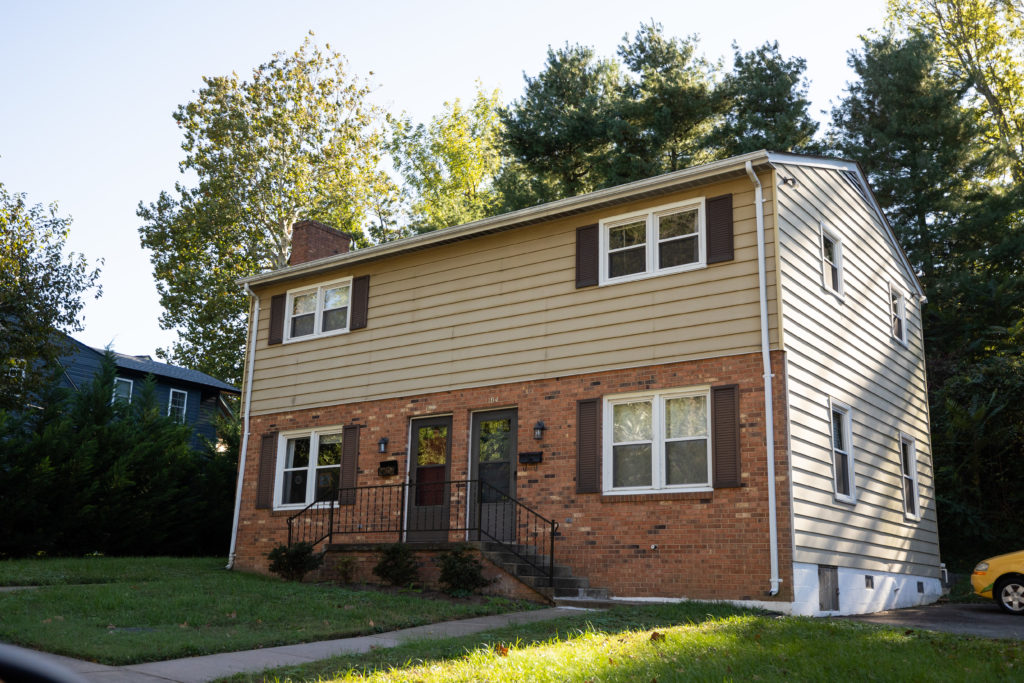 This Perry St. duplex is yet another type of housing that the Comprehensive Plan update hopes to encourage throughout the city.

Before that first City Council hearing, Koch said that the consultants will talk with Neighborhood Development Services to think through the timeline on the zoning rewrite project, which will include information gathered through an inclusionary zoning study.

Koch said that she expects some tweaks to be made to the Future Land Use Map once the rezoning process is complete. A zoning code is much more detailed than a land use map, and it’s inevitable that the planners will find some new things when they start looking parcel by parcel, street by street, to outline what’s truly feasible, where.

Now that the Planning Commission has approved the Comprehensive Plan, it’s out of its hands for the time being, Solla-Yates said in an interview with Charlottesville Tomorrow. “Council, I believe, has the ability to make adjustments as needed as well,” he said, so, “we may see additional changes at that step.”

For instance, commissioner Stolzenberg proposed 11 different amendments to the FLUM, but he did so with no advance notice, he told Charlottesville Tomorrow in an interview. They’re “minor tweaks, each of which are small improvements to an overall good map,” he said.

“Adding them would have made the map marginally better, and more effectively incorporated the feedback we received about prioritizing growth on underutilized and vacant land (without developing our city parks), but by no means was the quality of the map dependent on those changes.” What’s more, Stolzenberg added, all 11 of his proposed amendments “together are less substantive than several of the amendments that did pass on Tuesday.”

Stolzenberg and other commissioners could still discuss these tweaks with Neighborhood Development Services, and City Council could consider them, but he isn’t sure if, or how, they’ll be considered for incorporation in the final rezoning map (which, remember, will be guided by the FLUM).

Solla-Yates, speaking for himself and not the Planning Commission, noted that Stolzenberg had mentioned the approval felt rather anticlimactic after years of intellectual and emotional effort from so many people; he felt that, too.

Solla-Yates also feels “troubled” by the way equity — declared a guiding principle of the Comprehensive Plan Update — has fallen out of the conversation, which instead has focused lately on preservation, infrastructure, building heights, and other parcel-level concerns and considerations.

“I fear we’re forgetting why we’re doing this, which is to make actual steps toward our equity and affordable housing goals. We’re not doing this for fun. We’re doing this to make people’s lives better. I think that’s worth remembering.”

“It’s not real until council approves it,” he added. “I’m concerned about the idea of [council] excising large chunks of it. If it is chopped up, it will not be an effective document. I hope it will survive council. That is very much my hope.”