OPINION: David Love writes that the 2021 elections demonstrate why the time is now for Democrats to act on police reform

The 2021 election results have proven that policing remains a frontburner issue in light of the George Floyd protests last year. The efforts and failures to enact police reform, the pressing needs in the Black community, and the Republicans’ continued exploitation and racialization of the police all take place under the backdrop of Democratic inaction on policing on the federal level.

Meanwhile, Adams said he “protected Black and Brown and low-income New Yorkers” from police abuse, and noted his son was a victim of the practice, adding that he calls for “appropriate police tactics” rather than “aggressive police tactics.” Adams — who took a measured approach to the issue of policing during the campaign and called for cutting waste in the department — said he would select a woman of color for the role of police commissioner.

New York City Mayor-elect Eric Adams holds his hands together as he takes the stage during his election night party at the New York Marriott at the Brooklyn Bridge on November 02, 2021 in the Brooklyn borough of New York City. (Photo by Michael M. Santiago/Getty Images)

Adams, who himself had been beaten by police as a teen and later became a critic of the police as an officer, did not endorse “defunding the police,” reducing police budgets, reinvesting in communities, and diverting resources toward social services and intervention.

Minneapolis, which was ground zero in the protests and where George Floyd was murdered by police officer Derek Chauvin, had the opportunity to vote for a ballot measure to replace the police department with a department of public safety and treat public safety as a public health matter. The measure was defeated by 56% of the voters — a blow to the movement for Black lives.

“Let’s work together for increased safety for all, instead of pursuing reckless policies which only empower criminals,” read a statement from the Minnesota Police & Peace Officers Association.

However, police reform was victorious in a number of races. For example, Pittsburgh just elected its first Black mayor, Ed Gainey, who advocates for police reform — including demilitarizing the police — and affordable housing, said he wants to make the city the most “safe, affordable and diverse” city in the country.

Further, in Cleveland, which just elected its first new mayor in years, outsider and nonprofit executive Justin Bibb, voters approved of a reform to the city charter which creates civilian oversight of the police. Bibb supported the measure and ran on police reform and accountability to “improve law enforcement, save taxpayers’ money, rebuild trust, and most importantly save lives.”

However, the elephant in the room, other than the apparent nail-biting victory of New Jersey Gov. Phil Murphy, is the victory of Republican gubernatorial candidate Glenn Youngkin over former Gov. Terry McAuliffe, and the apparent Democratic loss of the Virginia House of Delegates. The Trump-endorsed Youngkin — an Ivy League graduate who positioned himself as a reasonable Republican, albeit perhaps a white supremacist with a smile –nevertheless leaned hard on the Southern Strategy of boogeyman racial politics in the form of critical race theory.

Although Virginia Democrats have had months to strategize and counter the narrative coming from the segregationist astroturf campaigns descending upon school board meetings, they squandered their time and failed to craft a strong message. McAuliffe could not even effectively attack Youngkin’s leadership at the Carlyle Group, a private equity firm accused of predatory practices, because the Democrat invests in the firm. In addition, Youngkin, who received broad law enforcement support, opposes eliminating qualified immunity for police officers and profits from the sale of military weapons used by police. Support for more police funding was one of the issues that attracted voters to the GOP.

And Virginia, home of the Unite the Right rally, has some unaddressed problems around race and policing. Nikuyah Walker, the first Black woman elected mayor of Charlottesville, has resigned because she could not stand the white supremacy. This comes after the city manager fired Dr. RaShall Brackney, Charlottesville’s first Black female police chief who sought transformative change and racial equity. 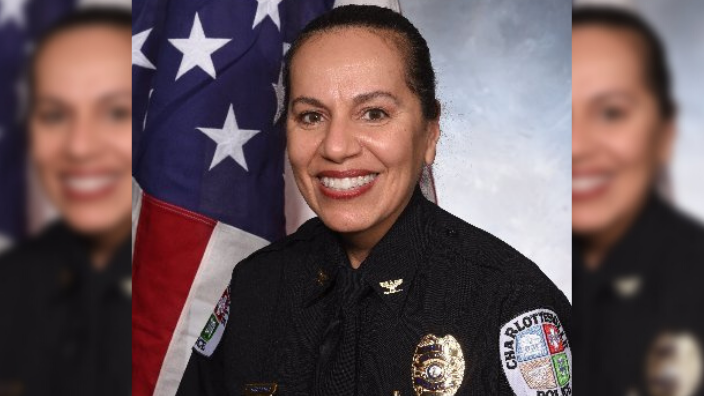 Rather the problem is milquetoast moderates who do not respond to the needs of their strongest constituents such as Black folks, while always currying favor with white voters whose support they will never win. White moderates are perhaps in the worst position to save us from white supremacy, fascism and Jim Crow authoritarianism, even as they have had nearly 60 years since the 1964 Goldwater presidential campaign to learn and fight back against the Southern Strategy.

Kentucky Senate candidate Charles Booker summed up the election results with a tweet: “In all of the political analysis, there is a truth that must be understood. Republicans win by weaponizing racism, and Democrats lose by trying to ignore it.”

And as Charles Ellison, host of Reality Check on Black talk radio station WURD in Philadelphia noted, “The incompetence of Democrats, the cartoonish failure of those parading as capable (& well paid) strategists, & the lack of fight from those *calling* themselves warriors against racism, all on full display, is just …. Infuriating.” He added, “This isn’t a game, fam. Course correct in 2022.” 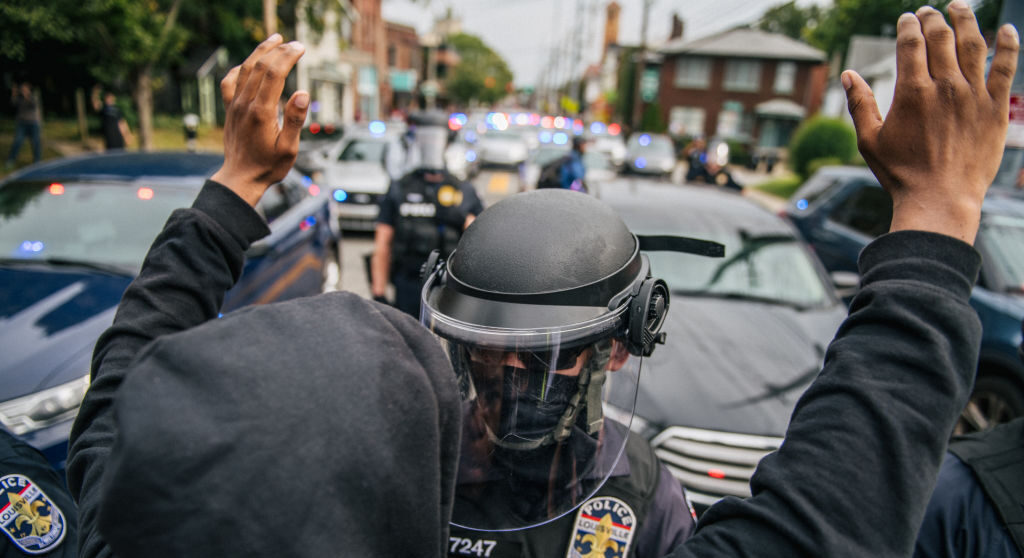 A protester raises his hands in the air during a standoff with law enforcement on September 23, 2020 in Louisville, Kentucky. (Photo by Brandon Bell/Getty Images)

The Democrats, afraid of their own shadow and compromising with themselves, have not enacted police reform, nor have they passed a number of measures including voting rights, infrastructure and the other elements of the Biden agenda that enjoy overwhelming support. Meanwhile, Trumpism is on the ballot in 2022 and 2024, and you should be afraid. As James Baldwin once said, “It is certain, in any case, that ignorance, allied with power, is the most ferocious enemy justice can have.”

On police reform, community control of law enforcement and so much more, the Democrats must reframe strongly and deliver a message for their constituents without compromise. They must have Black people’s back and speak out against racism, or there will be trouble with enthusiasm and turnout. They must support policies to make Black people safe and secure, with social initiatives that address the underlying issues of wealth and economic inequality — not more police, and not more police with weapons, but alternatives to police and a redefinition of public safety.

The protests last year were not for nothing, and the GOP only cares about law and order when it means more dead and imprisoned Black people. With the Republicans poised for a redistricting and voter suppression bonanza and the gutting of multiracial democracy in the midst of Democrats’ inaction, they will happily oblige.

Have you subscribed to the Grio podcasts, ‘Dear Culture’ or Acting Up? Download our newest episodes now! 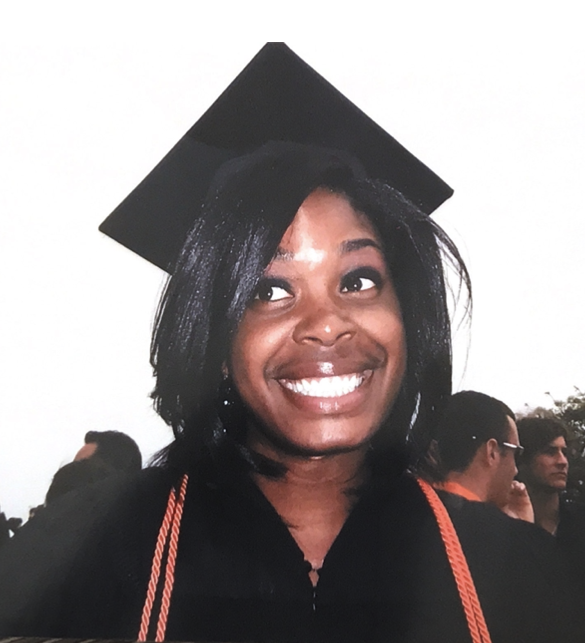