From Height to Musical Height with Tim Wicks 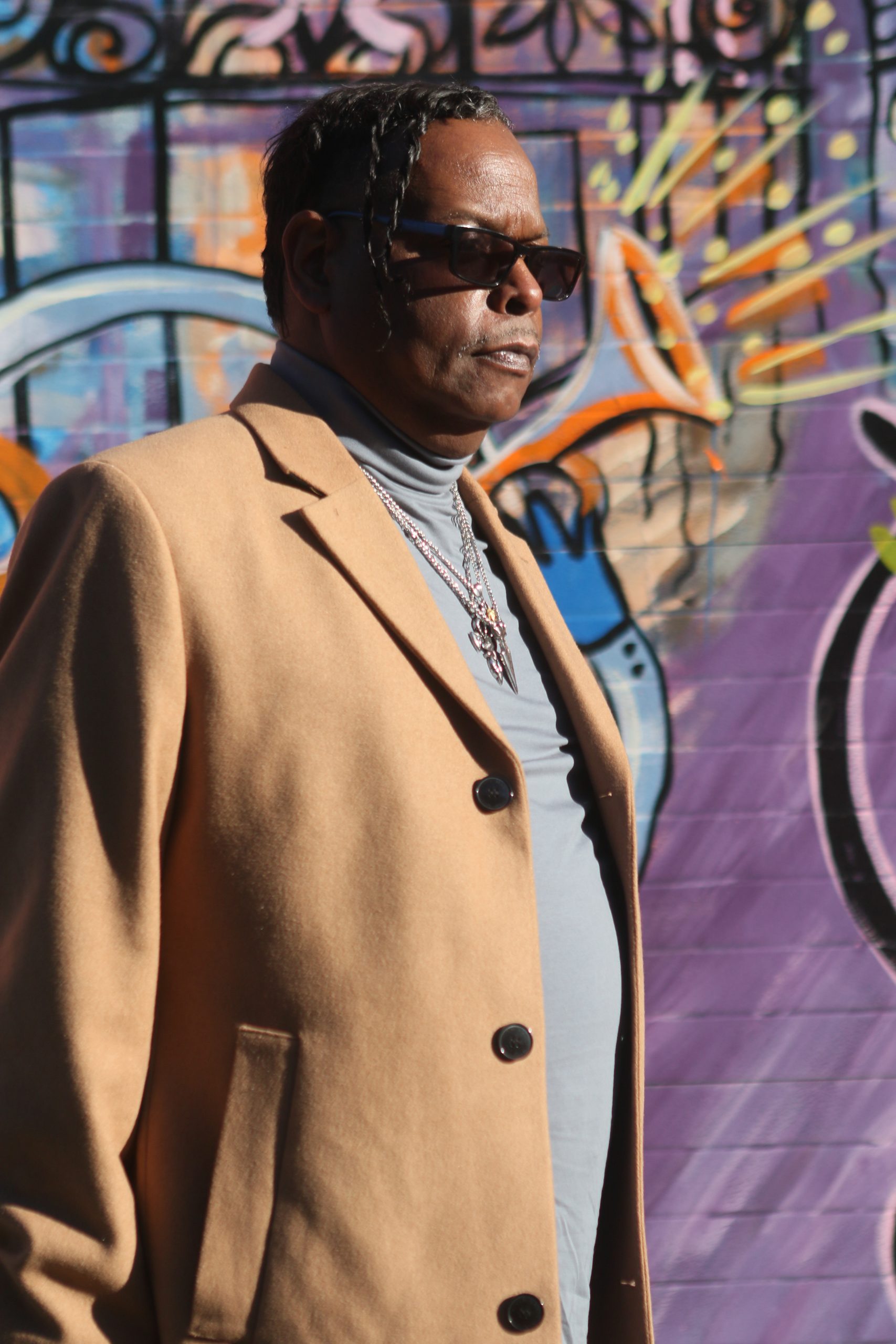 The truth is that the history of rich music Charlottesville has really yet to be told. Tenor Saxophone player Tim Wicks is a part of that rich history and spoke with us from his residence in Bedford Stuyvesant, Brooklyn or as he states it, ‘Do or die Bed Stuy.” Tim recalled that music was to him a calling or a gift of sorts, “And one the things I knew the Lord has given me is music. I enjoy music.” Even as we are talking, brother Wicks speaks in a rhythmic cadence and it obvious that he’s thinking ten steps ahead. And he probably is.

“My uncle once told me, Randolph is his real name, Randolph Wicks, and he was a reverend. He told me that I was going to be a reverend one day.” Tim recalled a childhood experience at a family reunion where his uncle thought he would become a man of the cloth. “ I think he meant going to the music bandstand, I just wanted to have a good time. But I think he was talking about that in that way of spreading your musical message and touching people.” This is to say that Tim believes that his gravitation to music was an extension of his family’s deep spiritual roots. 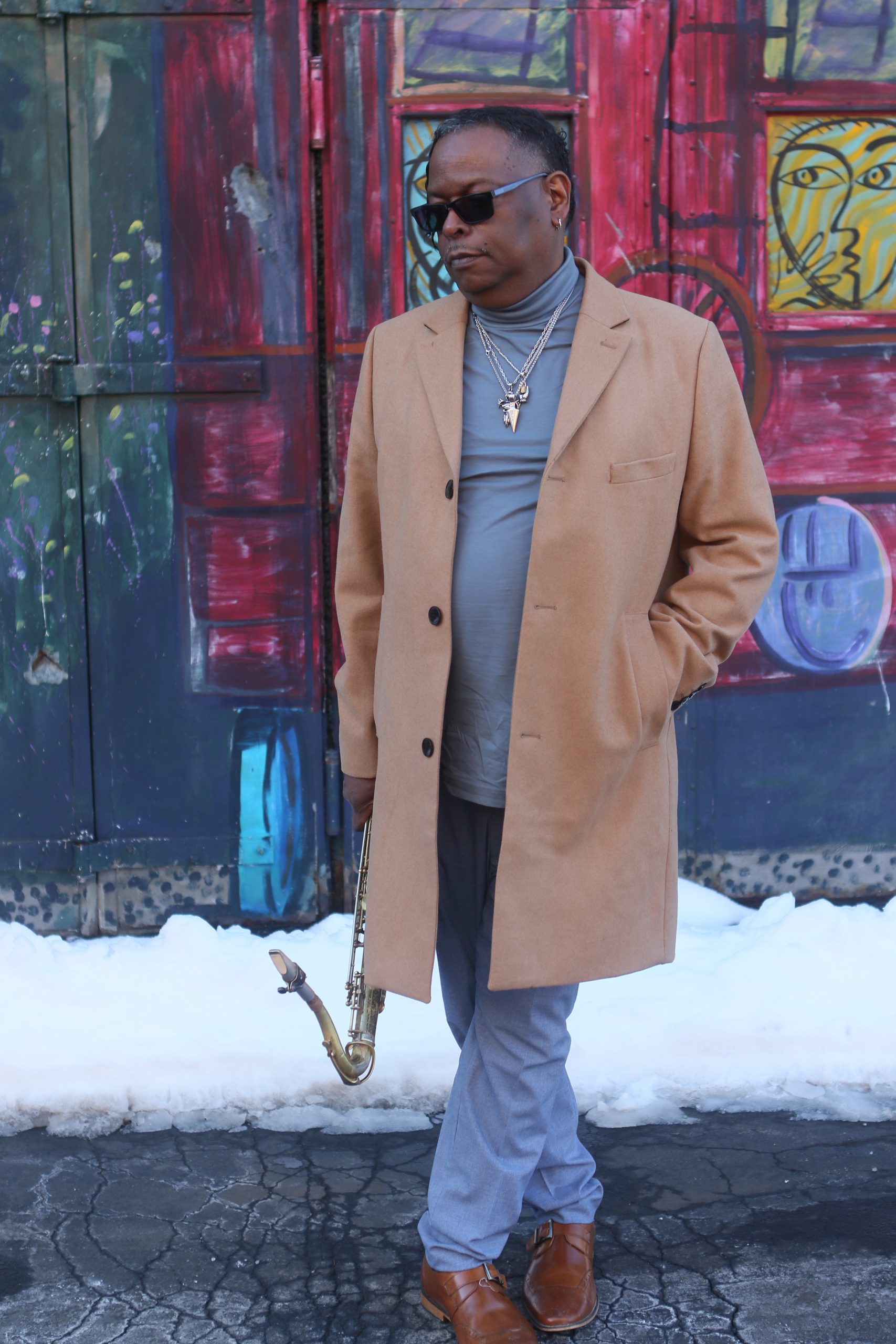 Tim Wicks is representative of the deep musical heritage of Charlottesville because he studied under renowned band director Calvin Cage when he was at Jefferson School. Mr. Cage for those who don’t know was reared in the deep musical and spiritual tradition. He was born in Memphis, Tennessee and after graduating from Dillard University in New Orleans, came to Charlottesville to teach music, first to the segregated Black schools. Mr. Cage poured all of this genius into the children of Charlottesville to include Wicks.

After being under the tutelage of Mr. Cage, Tim went on to explore his musical gift in ways that other children just did not. “When I went to 7th and 8th grade at Walker Junior High School, I played in the Symphonic Band and the Jazz Band,” said Wicks. 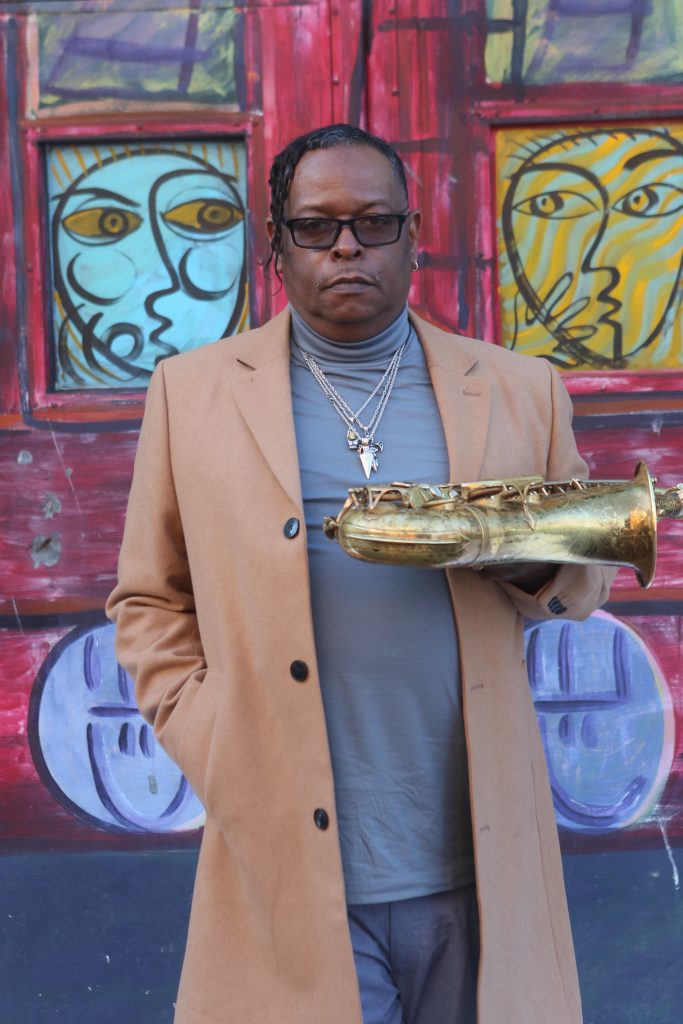 As much as Tim was deep into his music, he was still just another around-the-way kid. He lived on Preston Avenue near Zion Union Baptist Church in what was then called the ‘Heights’ or the Preston Height neighborhood. Wicks lived on Preston Avenue until 1971 and then moved to Cambridge Circle ( Rugby Hills). “I stayed at the swimming pool,” he said paying homage to Washington Park Pool where Black youth from all over the city came to cool off and see their friends during the summer months.  Wicks played baseball in the Jackie Robinson Baseball League at Washington Park also and even played Junior Varsity Football and on the 9th Grade Basketball team at Charlottesville High School—but that was when everything changed. That was when music became more serious than anything for him.

Speaking of his family, Tim said, “All the Wicks could sing. We were a musical family. We used to practice at the house. There were always instruments lying around the house and we had one of those organs. I heard James Brown play in my home.” Wicks let off this litany to let me know that a life of music was inevitable for him and he would inevitably craft his life’s work through music.

I was in the marching band at Charlottesville High School. For two of those years, I was the drum major. For those who didn’t have a good technical definition for a drum major, he or she is the field commander and the leader of a marching band, usually positioned at the head of the band. The drum major is responsible for providing commands to the ensemble, leading them while marching, and directing them what to play, when to play, and what time to keep. To do this and become this at a time when the Charlottesville City Schools were only recently desegregated, was a monumental feat for this young Black man from Preston Heights to achieve.

The thing about Charlottesville is that there is this myth that Black children aren’t accustomed to achieving at the highest levels, yet there is a long history to the contrary. After graduating from Charlottesville High School, Tim enrolled at Virginia Commonwealth University in Richmond and became a Business major. It was a practical choice but he knew that his true love was music.

“I continued to play music in bands,” said Wicks. “I played in this band called ‘Dangerous Intersection when I was 14 years old’. We had the Johnny Gilmore on drums. We were tight. A guy named ‘Granger’ was our manager at the time. I think he ended up becoming a police officer,” he recalls. His love for music is what prompted him to change his major at VCU to music and become a professional musician. “I was playing with the group and having a great time.” He later played with a band named ‘Common Knowledge’ which included Carter Beauford on drums and LeRoi Moore on Sax, founding members of the Dave Matthews Band.

Inevitably, Tim left VCU saying, “I left school. I wasn’t happy at VCU. They didn’t show me no love.”  But there was someone there who showed him love. He met the woman who would eventually become his wife, packed up everything, and moved to New York City. “I always had the dream of living in New York. My first gig was at the Apollo Theater. We were just playing at Mount Morris Park in Harlem. A group named Bodacious out of Harlem.”

As if that wasn’t enough, Wicks, a kid from Charlottesville was making it as a professional musician in New York City. “I played in the pit band for an off-broadway play called ‘Characters’ for Doug Ashley. I started from the bottom and made it to the top.” One of Tim’s most recent accomplishments is having renowned, seven-time Grammy-nominated Jazz saxophonist Gerald Albright join him on his recent album Relevant playing bass guitar. “I found him on Facebook. We reached out. We talked. He wanted to know my vision. He said, “I see it.” 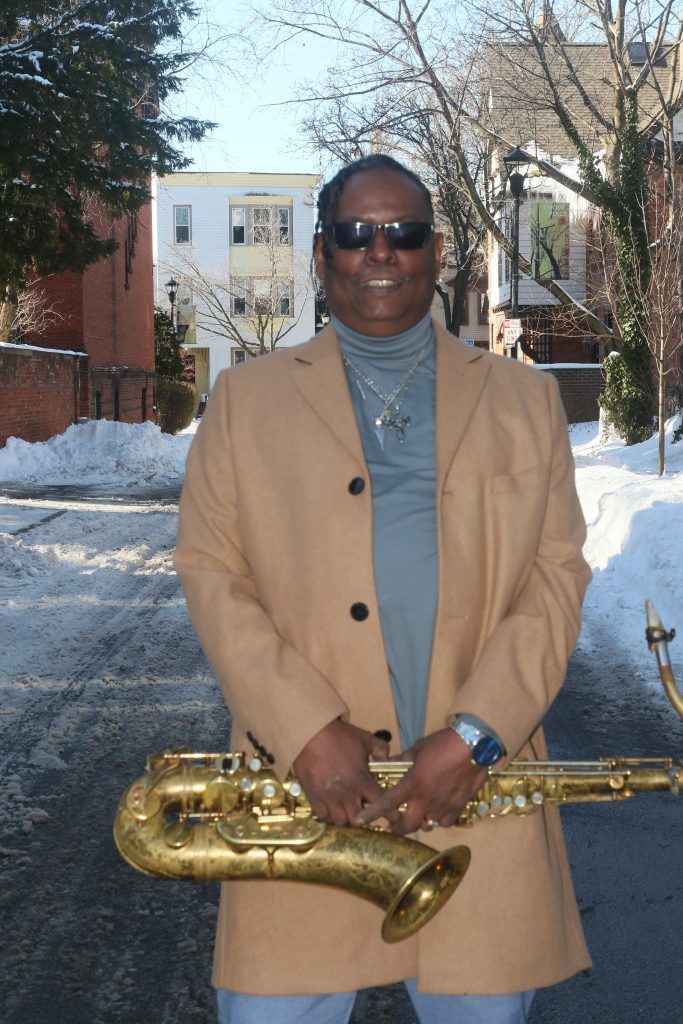 Not only did Tim play with many of the A-list artists in the world, but he also went back and finished his degree.  He went to the City College in New York and received his undergraduate and Jazz Performance in Music with Honors. He then went on to get a master’s in education so that he could help keep the musical tradition alive for the next generation much as Mr. Cage did for him. Tim said, “I went and got my master’s in education. I’m armed and dangerous in all kinds of ways.”

Tim sees music as a healing ministry of sorts. “A person said they were going through a troubled time. My music helped them get through it. There is only one true essence through this. The Lord has given me music. My uncle Randolph Wicks used to say, ‘You know you gone be a reverend one day.’ “He was just talking about spreading my musical message and touching people.”

Visit and listen to Tim’s music at https://timwicks.net/