By Naila A. Smith, PhD

In 2006, William “Will” Jones III moved to Charlottesville, Virginia. A barber by profession, he started cutting hair at Cavalier Barbers which was located in a predominantly Black neighborhood in Charlottesville. About two years later, he opened his own barber shop, which took him out of the area, and away from daily contact with Black Charlottesville. To regain that sense of community, he started running. 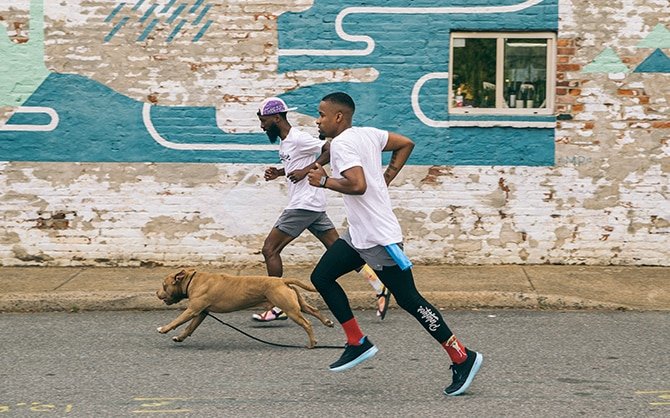 Photo provided by Prolyfyck. Will Jones, James Dowell, and Soso

Will’s first runs included him and his Yorkshire terrier, running through historically Black neighborhoods in Charlottesville. He typically ran around 9 or 10 pm, starting at 1st Street, then to 6th street, to Garrett Square, then Main Street, connecting to Westhaven over 10th Street, into the Prospect area, and finally back on to 1st street. During his runs he shouted greetings to people on the block to show respect as a visitor in their neighborhood. As a C’Ville transplant, Will didn’t know the history of these communities at the time, but he felt that running through these communities was a way to connect with “his people, to see them and to be seen by them.”

Soon Will’s friends and people from his barber shop would join him on these runs. The group slowly grew to about 5-6 people, mostly young Black men. And by summer 2018, they became a running community, eventually named the Prolyfyck Run Crew–a name inspired by a lyric in late rapper Nipsey Hussle’s song “Victory Lap:” “I’m prolific, so gifted. I’m the type that’s gon’ go get it.”

Not long after the crew resumed running after a brief winter hiatus, a 25-year old Black man, Ahmaud Arbery, was shot to death while jogging in Satilla Shores in Glynn County Georgia on February 23, 2020. Ahmaud, though similar in age to many of Prolyfyck’s runners, ran alone in a mostly white neighborhood. His death, followed soon after by the murders of Breonna Taylor and George Floyd, unleashed a “racial awakening” in the United States.

Soon thereafter Prolyfyck found itself with an influx of new people from the community looking to run. Given the historical and contemporary instances of racial violence in Charlottesville’s past, no doubt these high profile acts of racial violence reopened these old wounds.

Will believes that during this time of “racial awakening,” something about a Black-led running crew, intentionally running through Black Charlottesville neighborhoods felt like a safe space for Black people in the community. White Charlottesville residents also joined the running group, seeking ways to show racial solidarity. According to Will, running in community is “a way to get through something hard with somebody.” And during 2020, with the COVID-19 pandemic and racial violence, Prolyfyck became a space to get through these hard things with others.

The group’s main purpose is to work for the empowerment of marginalized Black and Brown communities. They seek to shed light on the impact of racism, reject those who would suppress or co-opt the talent of Black and Brown people, and encourage everyone to find their gifts, tap into their passion and create a world where everyone can be Prolyfyck. 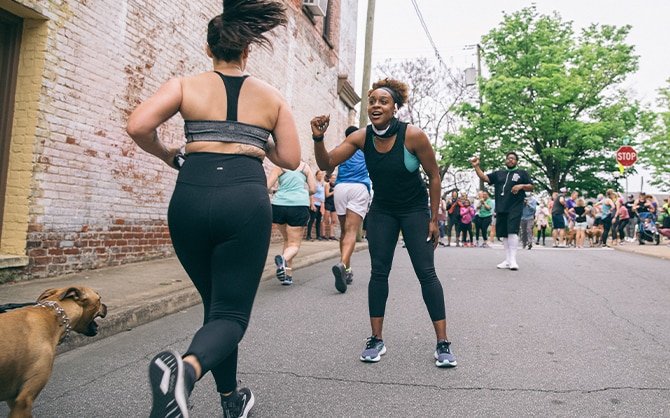 In many ways, Prolyfyck is unique in the national running landscape. In the U.S., recreational running for exercise tends to be an overwhelmingly white sport. For instance, in the 2022 Annual Global Survey by Running USA, only 7% of respondents were Black. There are several reasons for this. For instance, many Black Americans have legitimate concerns about safety outdoors. But Prolyfyck is defying stereotypes and changing the face of running through radical community building.

For example, the group continues the tradition of greeting community members and encouraging them as they run. They also mobilize to help community members as needs arise and a monthly men’s meeting has emerged from the group in partnership with Anthony Hill of Kicks Unlimited. As a barber, Will has always been an advocate for Black men having a space to process a variety of difficulties. The COVID-19 pandemic heightened this need and people in the running community stepped up and helped facilitate this space, once again demonstrating a commitment to helping others get through hard things.

Today the group has over 400 active members in the Prolyfyck groupme, and over 50 men and women completing their first 5k, 8k, half, and full marathons each year. They run about 4.5 miles through Black Charlottesville every Monday, Wednesday, and Friday, beginning and ending at the Jefferson School African American Heritage Center. Walkers start at 5:45 am, sexy pacers at 6:00 am, and runners at 6:10am. At the end of the run, they might take a group picture, make community announcements, or members are given space to share a few words. Participation is free, no registration is needed and all activities are funded by crew members or sales from Prolyfyck merchandise online. 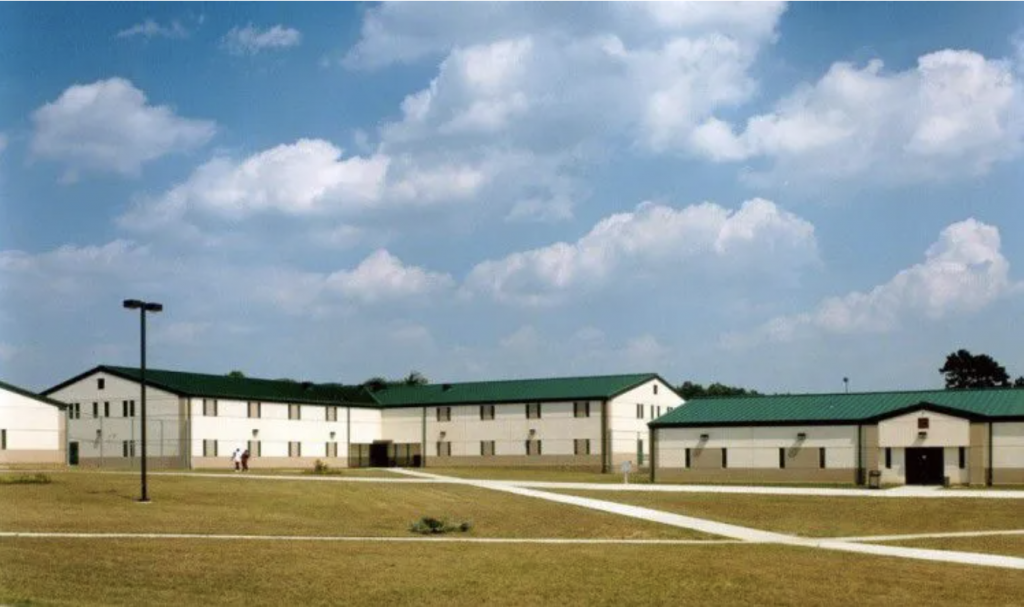 My 14th Christmas in prison

by Mithrellas Curtis “Silent night, holy night. All is calm, all is bright,” I sang softly, harmonizing with my mom and sisters. About 20 years ago, in Saltville, Virginia, Silmarien, Gwynniel and I sat huddled around our mother on a sagging couch. Even in the... 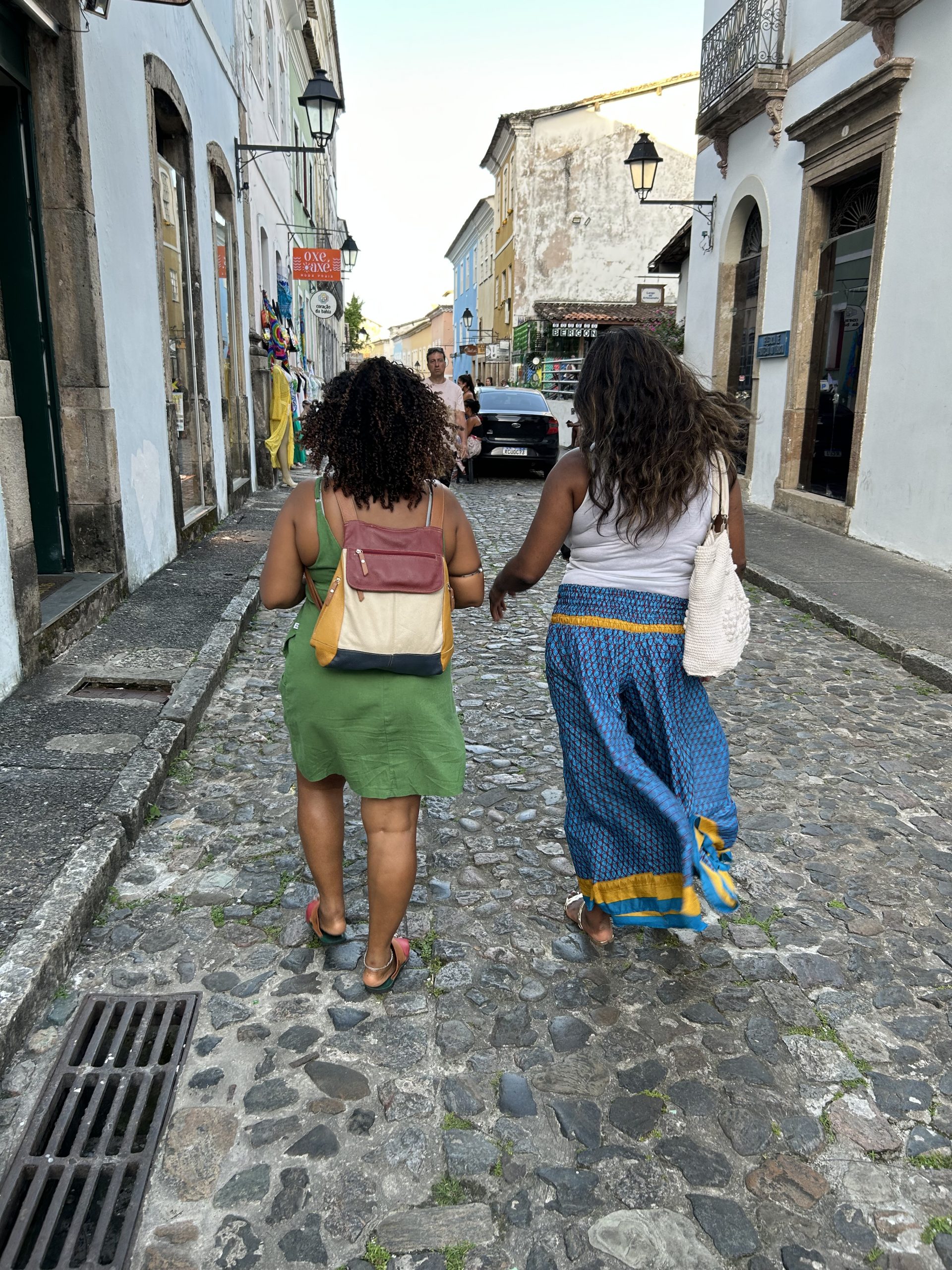