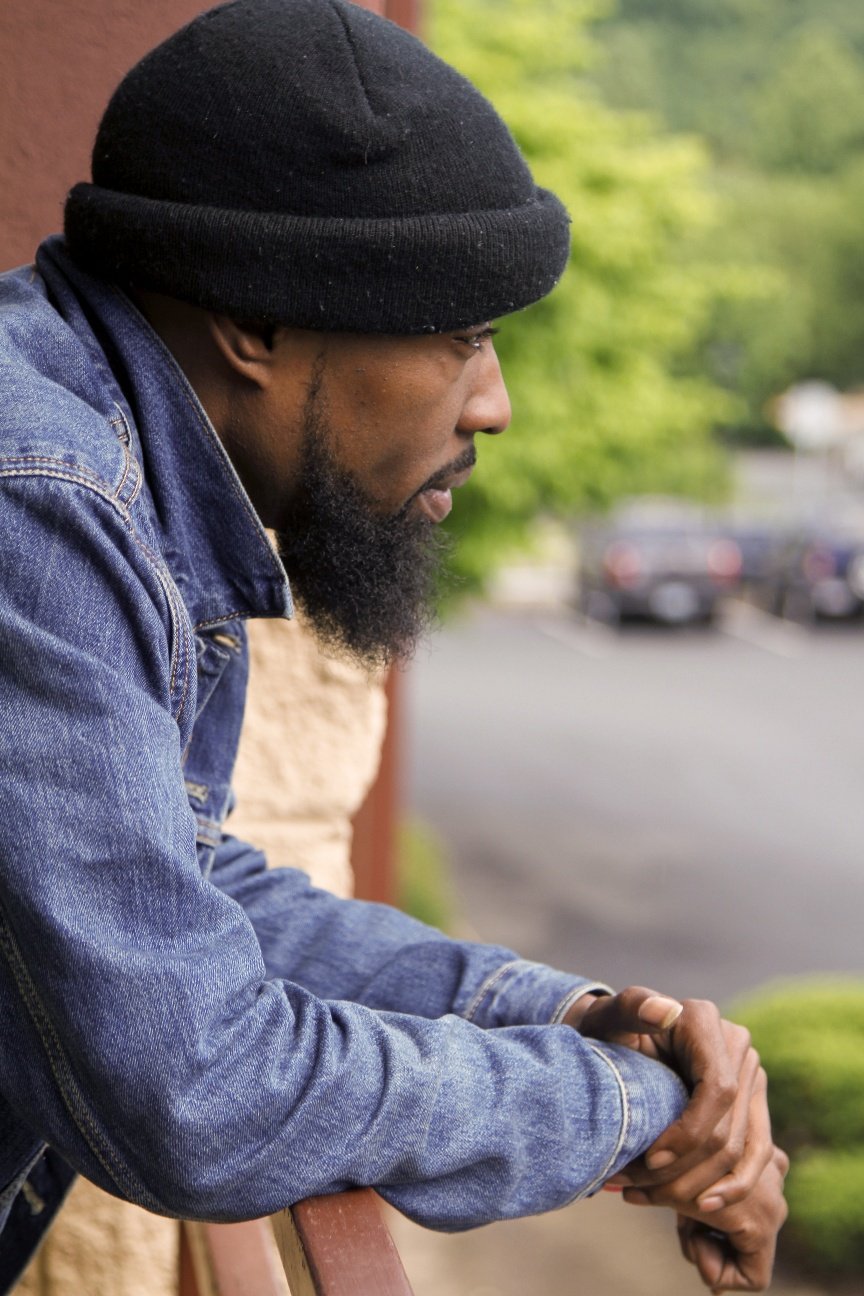 Chris Newman also known as VA DOE, though enjoying the limelight in the Central Virginia region, remembers a time when everybody hated Chris.  “Growing up, I had a real hard time making friends,” he said.

“If your shoes didn’t look like this. If you were poor and not good at sports, back in those days, you were a nobody,” Chris says as he reminisces on the past and how savage kids were to each other growing up in Charlottesville.  For many kids like Chris, growing up in poverty, there is a deep and yearning desire just to fit in and life can be hazardous if you don’t have the flyest gear or a wicked jump shot.

In his desire to be accepted, Chris decided to use what he had to help him to fit-in and create a sense of emotional safety in what could sometimes be a hostile environment. “I started emulating what I saw Bugs Bunny do on the Looney Tune’s cartoon.”  This emulation quickly became what Chris was known for and slowly began to get him some acceptance amongst his peers in the neighborhood and at school. It’s the idea that if you keep them laughing, you can keep the attention off your shortcomings and inadequacies. “They would be like, yo’ Chris, do that thing again.”

Being the resident comedian became Chris’ way of creating space and safety in what were sometimes brutal growing pangs of coming up Black in Charlottesville.  “I began disrupting the class at school and the teacher had to battle to get control back from me.” Chris soon realized that his ability to command the attention of his peers was powerful.  What started out as a coping mechanism for and undersized and ostracized young black male became his source of influence. “I realized that people paid attention to me and always wanted to see what I was going to do next. It was a very powerful feeling.”

The problem with all this newfound attention and acceptance was that it was a slippery slope. It had the potential to lead down a destructive path.  “The things I was doing was getting reported back to my moms and she was beginning to get worried. She was worried because she knew what was waiting for me in the streets if I continued to be disruptive becoming addicted to the negative attention I was getting from others.”

“Chris went through much of what many young black males go through when the educational environment is not responsive to their needs and realities. “I didn’t want anyone to know that I was smart. It took me my whole life to figure out that I’m a fool, but I ain’t no dummy. Never have been.” The truth is that throughout his entire educational career, Chris believes that his genius was never tapped into, at least at school. ”

Chris went through much of what many young black males go through when the educational environment is not responsive to their needs and realities. “I didn’t want anyone to know that I was smart. It took me my whole life to figure out that I’m a fool, but I ain’t no dummy. Never have been.” The truth is that throughout his entire educational career, Chris believes that his genius was never tapped into, at least at school.

Genius runs deep in Chris’ family. He is the nephew of renowned drummer and Charlottesville musical royalty, Johnny Gilmore. “I got my strength from my mom. I got my street smarts from dad, but I got my creativity from my uncle Johnny.”  Chris would go on to discuss how just because he didn’t necessarily connect with the education being offered in the schools, it did not mean that learning wasn’t happening.

“It would be me, my cousin Quin (artist LaQuinn Gilmore), and Bump” (music producer Shawn Brown). “Uncle Johnny would let us just experiment in his room with his drums.  We would just sit in his room for hours and hours and just create.”  This was the school that prepared Chris and so many other musicians and creatives for the road ahead: Uncle Johnny’s laboratory.

In around 1992, John Hornsby and several other musicians opened up the Music Resource Center just off Main Street near the UVA Hospital and Traxx nightclub. It was a place where teenagers could use state of the art equipment to experiment and make music in the afterschool hours. “Although my cousin Quinn and Bump were older than me and were regulars at the music studio at MRC, I told them that they weren’t leaving me out. I was going to be there for that ride too.”

Chris talked about how Quinn had a way of making one prove themselves. Chris spoke of Quinn in high regard as one of uncle Johnny’s primary disciples and like the ‘RZA’ of the group—making beats, creating concepts, and being the thought-leader. “Quinn raised the bar. He helped me to get that mentality of raising the bar.  There are a lot good emcees and rappers around here, but it has been my mission to raise the bar and demand people to be great. That’s what Quin did for me. I just worked at it—and worked at it until he let me know I was ready.”

Word quickly began to travel around town that Chris was a skilled wordsmith and had bars.  “When I would walk through Prospect, the drug dealers would begin to stop me and say, ‘Ain’t you Gloria’s son? I heard you could rap. Spit something for us then.’” Chris talked about how he worked through his nerves and mustered up some heat for the hustlers. “Yo, they gave me like $20.00 for kicking rhymes yo. That became my hustle.”

Chris speaks of his first official project he did with Haitian Pop called ‘To Live and Die in VA.’ “All I remember was that the album cover had a terrible picture but the music was good.” Chris reminisced on another project called ‘Skull and Bones’ which he put out on Myspace back when that was the thing. Now Chris is getting ready to drop his next project ‘The Chris Newman Show Mixtape’ this summer. The listening party is scheduled for 8:30pm July 5th at the Tea Bazar in Charlottesville.

The thing about the Music Resource Center is that once you turn 18 years old, you age out and can’t use the center anymore. Chris remembers this time clearly and how lost many artists felt when they didn’t have access to the facilities to continue to work on and hone their crafts.  The good thing about that time in the Charlottesville hip-hop scene was that the WNRN 91.9 Boom Box was a very flexible platform and allowed Chris and his, then crew, Illicit Army do freestyles live over the airwaves. Chris said, “We was fresh out of the MRC. Everybody was too old now but we had a place to keep the movement going.”

You see, just because you hear Chris on the radio now, many may think that he is new to this. But the truth is that at WNRN 91.9, Chris got his first on-air radio job back in the early 2000’s.  In the radio game, Chris has been being groomed by DJ Ill Scout, DJ Almighty, and DJ B-Easy to name a few for many years. This is not to mention Chris’ work with Doughman from the media network called Doughman Network. So, when the opportunity came for the Chris Newman Show on WVAI 101.3 Jamz, Chris already had a legit resume and history with the leadership of the new enterprise.  He didn’t come out of nowhere.

When you talk about hip-hop culture in Central Virginia, you are always going to find Chris Newman or VA DOE at the center. Whether it’s hosting a party or collaborating with the many people participating in the culture, you will find him raising the bar. You will find Chris trying to push everyone to be better.  Chris was inducted into the 9 Pillars Hip-Hop Festival, Hip-Hop Hall of Fame this year. People may not have accepted him before, but they must accept him now and recognize his legacy and contribution to the arts and culture scene in Charlottesville—forever.

Don’t forget to attend the listening party scheduled for 8:30pm July 5th at the Tea Bazaaar in Charlottesville where he will release his upcoming mixtape: The Chris Newman Show.