Traveling the World with Michaela 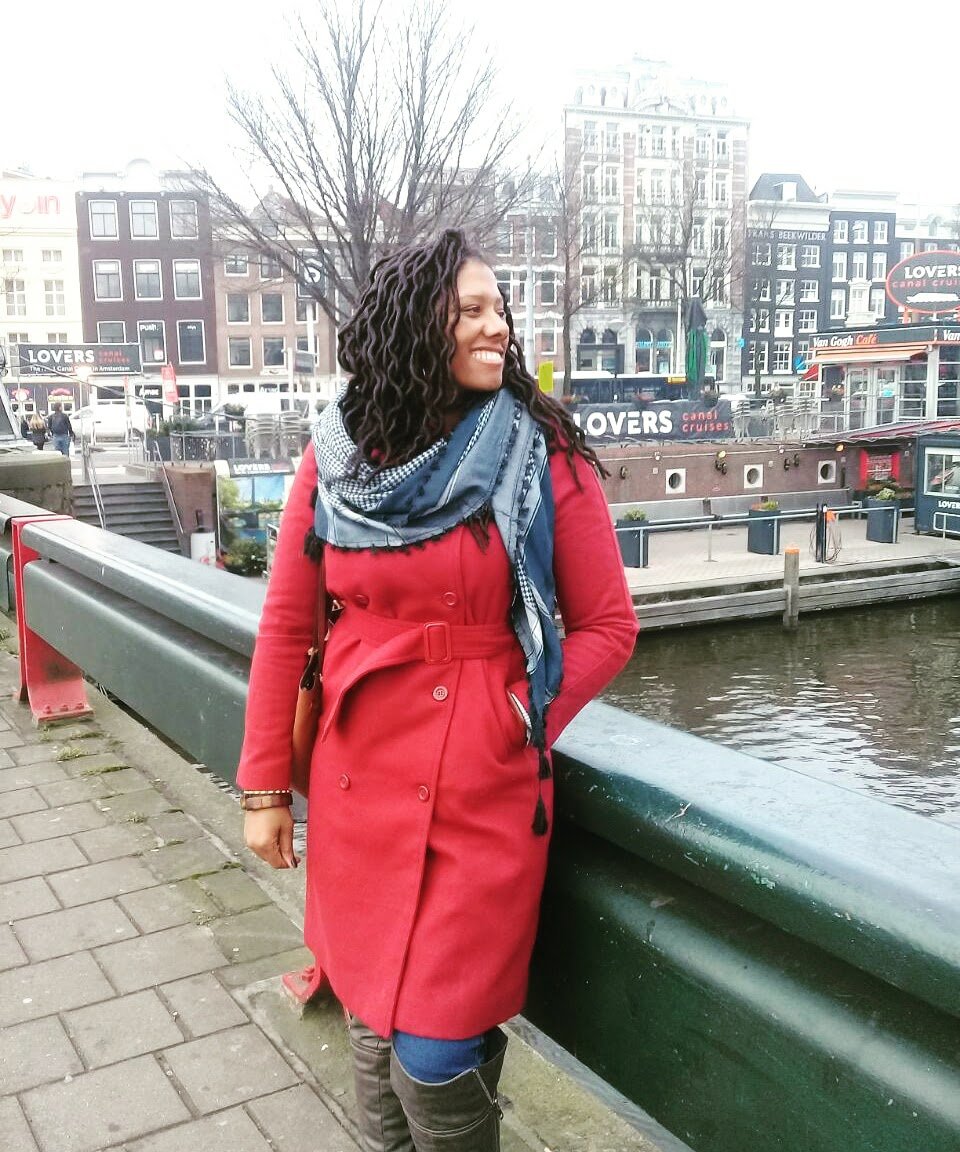 First let me introduce myself, my name is Michaela Stephens and I have been blessed with the opportunity to write a travel series for this wonderful publication. A little bit about myself: I currently work abroad in the Middle East. I have lived in three different middle eastern countries, (Saudi Arabia, Qatar, and most recently, Oman.) I will also be relocating to this little known city called Dubai this upcoming fall. Additionally, I have traveled to over two dozen countries. I’ve’ stayed in everything from hostels, Airbnb, 5 five resorts and a boat. So, it’s safe to say I know a little bit about travel!

About my column: I am all about access travel for everyone, and strongly believe travel enhances your life in a way that no other experience can. Our subjects will cover least traveled places, best countries to travel to for people of color, safest cities to travel for women, and traveling on a budget and more!

Our first country? Oman! I was blessed to call this place home for two years. Oman is such a hidden gem. Tucked next to Saudi Arabian Peninsula, it is the UAE’s lesser known older sister. But that works to your advantage. The great thing about Oman is that despite recent initiatives by the Sultanate to expand tourism, it is largely an untouched country.

What do to: I’m going to divide this into the two categories: The Partier/the Beach Bum, and the Anthropologist.

Shopping: Muttrah Souks. An open-air market with all kinds of tchokes, and cool things to buy. Haggle until your little hearts content at one of the many stands. After you are done, pop over to Muscat Hills Resort for a quick drink or lay out at the beach for a day pass of 10 OMR. ($25 USD)

Excursions: Marina Al Bandar: A popular marina where the majority of boat tours are. Hop on any tour to go Dolphin watching, snorkeling, or visit the Daymanit islands, where you can hang out on the beach and be treated to a nice BBQ at the end of the tour. Prices generally run the gamut between 25-45 rial (68-113 USD) for tours. Tours generally run on the hour every hour.

Sultan Qaboos Grand Mosque-Truly beautiful experience. Located directly in the middle of the city, its very hard to miss. It’s truly an archaeological feat. Expats can visit every day except for Friday, (Holy day) from 8-12 pm. Please be advised to visit the mosque, women must be fully covered(Head, arms) When visiting inside the prayer rooms you will be asked to take off your shoes. Pictures are allowed, but please exercise etiquette when possible.

Al Mouj-or the “Wave” as it’s called by Expats. Lovely large compound with everything from hotels, (the new Kempinski, which is amazing for day passes, and Al Misk a mid range hotel) The area recently finished renovations and expanded to a longer marina. Plenty of restaurants, like the popular Shakespeare and Co. are there. Prices are very doable, with most meals costing between 5-6 OMR. ($13-15 usd)

Kargeen-Hugely popular hookah lounge. Characterized by a “jungle” feel, the facility is surrounded by vines, trees, and sand. The atmosphere is sensual and sexy, so perfect for a date night, or just a great hangout spot for friends.

Day Parties and Nightlife: The best part about Muscat, is the day parties, brunches, and pool pass. The thing to do on Fridays, is to hang out at the pool/beach. Day passes out here generally include access to the pool beach area, some places include lunch, and even a discount of spa and services.

Shangri La Barr al Jissah: A frequent favorite amongst locals and expats alike. For 25 rial, (roughly 70 usd) You have access to the entire property from 9:00-6:00 pm. (Though the end of this varies, as I have been able to stay until 9 pm.) This includes Pool, Beach and lazy river access. This also includes lunch at one of the amazing restaurants on property, and a 15 % percent discount.

W Muscat One of the newest kids on the block. Day pass is 15 rial. Includes access to the beach/pool. Unfortunately, this doesn’t include drinks or food. Just entry only. Try going to their well-known Pink Fridays. An opportunity to take in all of the lovely eye candy. Get some prime real estate, by snagging one of the underwater cabanas, and lay out under the clear skies.

Crowne Plaza Q’rum and Crowne Plaza OCEC: Basically the GOAT of the day parties in Oman. Crowne Plaza is THEE top place to be. Mainly because of its central access to expat haven Q’rum, and easy drives Intercontinental. Also because of its STUNNING pool side and beach views of popular hang out Love Street/and close access to Shatti Al Qurum.

Nightclubs
The Cave Complex is where most people go on a weekend night. Popular clubs include La Vida, Rumba Lattina, and more recently Club NV. Popular nights are Wednesday night, (Afro Beats night) and Thursdays. Another hot spot is Prive, which is known for its dope Hip Hop/Urban Nights. Located right on Shatti Al Qurum it’s a guaranteed good night out. Popular nights are Thursdays.

Most popular beaches: Q’rum Beach, mainly Shatti Al Qurum. Nestled in a cute little cove, the beach is completely open, you can wear a bikini with no shame. Coffee shops, restaurants, shisha spots, and bars/lounges dot the area making it a popular spot for both expats and locals alike.

Ras al Hamra, also known as PDO beach. You generally need be on the guestlist to access, but it’s not hard. Cost is 2 rial, (about 5 bucks) There is a large two story bar with the cheapest alcohol in Muscat. A long beach strip with awesome views, also stretches about two km, with grill and private stations, perfect for a nice brie by the sunset.

Azaiba Beach- Popular expat and local beach. Not usually too crowded, and very easy to get to.

The corniche-Al Khoud. Beautiful for a day of jet skiing. This beach is more popular for locals though, so be careful about busting out the thong bikini and speedos. A conservation one piece will do you well.

Capital Area Yacht Club Popular expat hangout, about 30 minutes outside the city central. About 3 OMR to access, (roughly 8 bucks) but you can bring alcohol and whatever food you want.

Jebel Sifah Super popular location. About an 70 minute drive from city center, it’s truly an oasis out in the mountains. It’s been called the Montenegro of Oman for it’s panoramic views by a large marina, and wide open beaches. The drive is heavenly, and you feel like you are in a completely different country. Stop by The Bank Beach Club which is a popular resort location, serving alcohol and food until late in the evening. Most popular days are Fridays, as they tend to have guest DJ serving beats until late in the night. Stay at the Sifawy Boutique hotel which is located directly on the marina.

Wadi Al Shab- Super popular. Wadi is basically a valley. About a two hour drive from the city. You access it via boat and a two km walk that opens up into a complete water hole. Spending the day cliff jumping, or lounging around by the waterfalls.