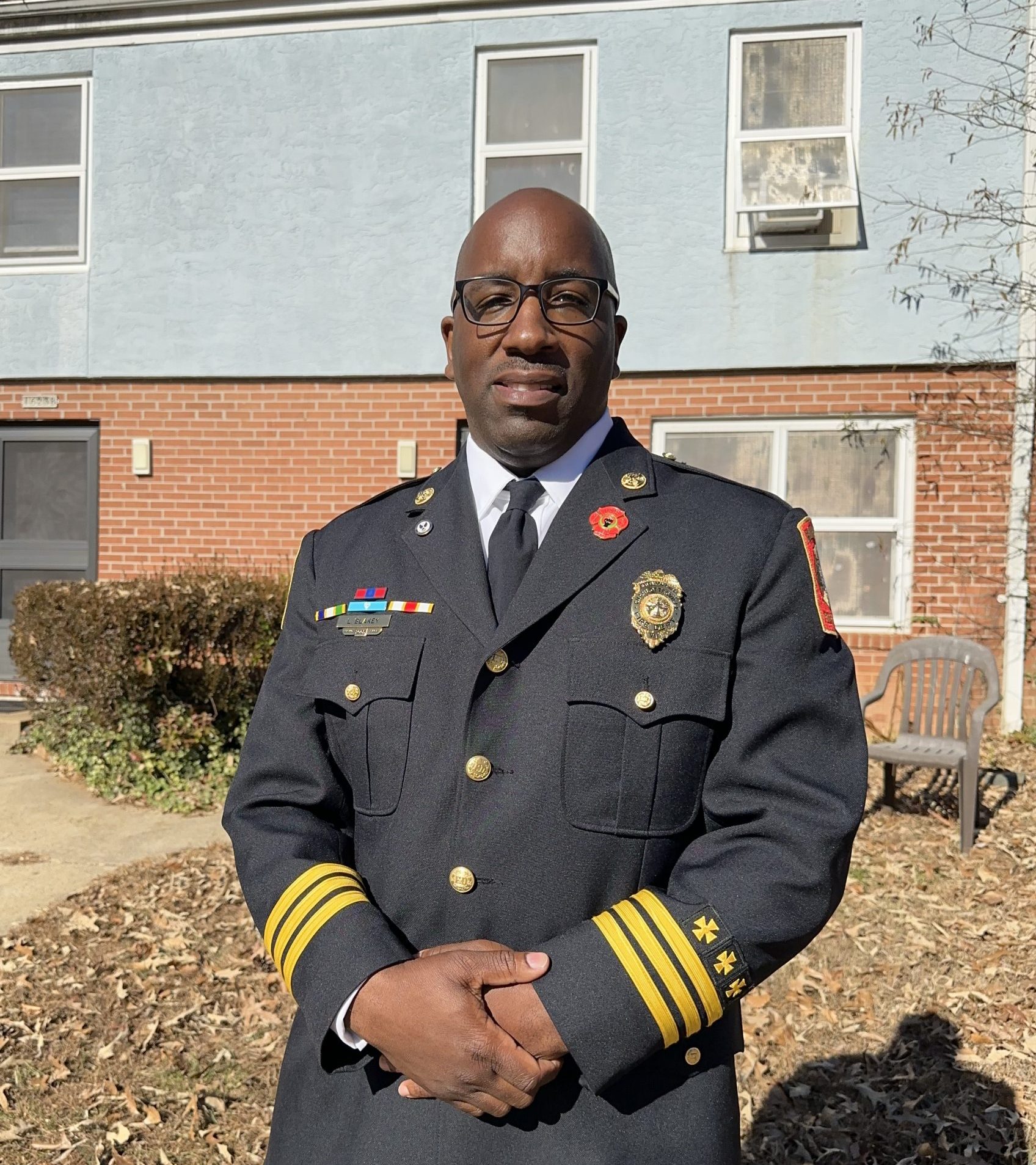 When Lance moved back to Charlottesville in 2003 after finishing his degree at East Tennessee State University in Johnson City, Tennessee, he found a job working at the Atlantic Coast Athletic Club (ACAC). He was just a young man trying to find his way in his hometown and make sense of life in the place he called home after what seemed like a long journey—already.

Lance recalls, “My road to college was not the traditional route. I went to Piedmont [PVCC] for a year, then I transferred to East Tennessee State University.” Lance went on to say that when he got there, he didn’t have any money and no plan to pay for college. “I just showed up,” he said. Without any initial guidance on financial aid or being away from home, Lance decided to tap into what he knew best—his faith.

“It was either give up, turn around or either stay there and figure it out, and I decided to stay,” he said. There he stood with no financial aid or funding for school. Lance’s classes were dropped, but he was determined to finish what he started.

This strong sense of determination was ingrained in him from the earliest years of his life. Speaking of his mother, Lance said, “People knew my mom for walking. My mom doesn’t drive, so she walked everywhere in the city and people knew her—and they knew me because I walked with her.”

Among the places that Lance and his mother walked to on a regular basis was church. “We had a foundation with God. We went to church all the time. We had a Wednesday night Bible Study, we would walk to Commerce Street right next to Jefferson School. We had prayer on Friday and of course church on Sunday.” Lance remembers this being his weekly routine of walking to church on Wednesday, Friday, and Sunday with his mother since he was eight years old. Holding back tears and remembering the moral and ethical framework his mother gave him, he said, “She just taught me how to treat people right.” 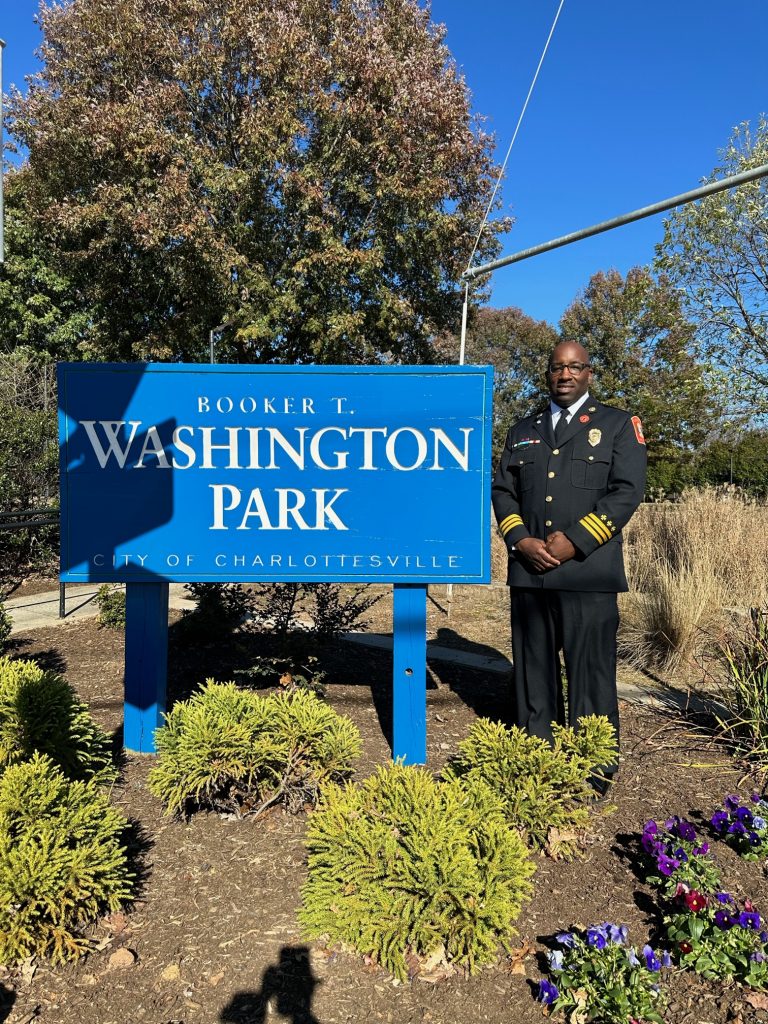 To make things work out in Johnson City, Lance had to pick up a job.  Before going off to school, Lance spent many years working various positions at the Omni Hotel in Charlottesville to include being a bellhop. He emphasized how the training in customer service helps him even today as a firefighter but how it  also helped him find gainful employment when in Tennessee. “While I was in college, I worked at the Carnegie Hotel in Johnson City. I worked my way through college, you know, because I just didn’t have any money.” Lance’s college experience as a young man who came from a low-income family was much different and required him to dig into his experience and strength to work full-time and attend school full-time while miles away from his family and support.

While adjusting back to life in Charlottesville and working at ACAC, Lance had an experience that would change his life forever. At work one day, Lance recognized a friend from high school suited and decorated in a firefighter uniform. Lance remembered, “He came in and he was so happy he had his uniform on. So, I asked him, ‘Hey, what are you doing?’ He said he was a firefighter and that resonated with me.” Lance went on to say how he was intrigued because his friend seemed so happy and excited about his career. That friend mentioned to Lance that the fire department was hiring and that he should apply. That’s when everything changed according to Lance. “I applied and I eventually got the job.”  That was 18 years ago. 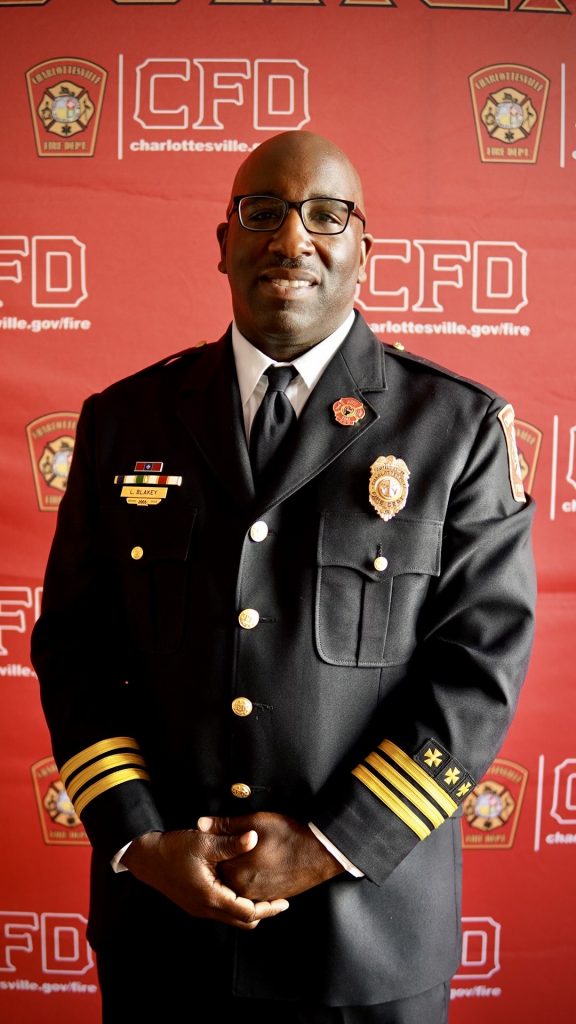 Becoming a Firefighter
Becoming a firefighter wasn’t as smooth for Lance as it may have seemed. Not only do firefighters have to take a written exam, take a polygraph/lie detector test, there are extreme physical requirements that must be met. Lance remembers, “I had to jump through a simulated window and climb a ladder truck. There was lots of walking and running up and down stairs. I wanted the job so badly, so I ran the stairs.”

In a more sobering tone, Lance revealed, “At first, I initially didn’t get hired.” He only learned a few years ago  that a former firefighter advocated for the search to be expanded. If that hadn’t happened, this moment of becoming the first Black battalion chief may never have come..

“If the chief didn’t broaden the search, I probably would have never been hired and promoted to this day. This person encouraged the chief to hire me, a local kid that grew up in the city that deserved a chance.”

A Day In the Life
I wanted to really understand the life of a firefighter, so I asked Lance what a day or shift could look like. The first thing I learned is that firefighters typically work three 24 hour days. There is typically a day between these shifts and the expectation is that there are ten 24 hour days of work per month. (I got stressed as he explained it.) In extreme cases, firefighters can work up to 72 hours straight depending on the needs of the community. At this point, I have a whole new appreciation for first responders.

On these shifts, while at the same time being responsive to community calls at a moments notice, there is structure to the day. Being a firefighter from what I gathered, is a sacred community and much is built on relationships. After a 7:00 am roll call and assignments given, methodical checks and maintenance of the equipment is done. There is also cooperative physical training or PT done.  Lance went on to state that first responders and firefighters in particular are suffering from cancer and heart attacks at high rates and being holistically healthy is a major emphasis. Firefighters have meals together and when they are not on service calls they are showing up at events and schools educating the community on ways to prevent fires and to stay safe.

It’s a lot. It’s a lot for one person but also a lot for the families that sacrifice by sharing these critical servants with us. 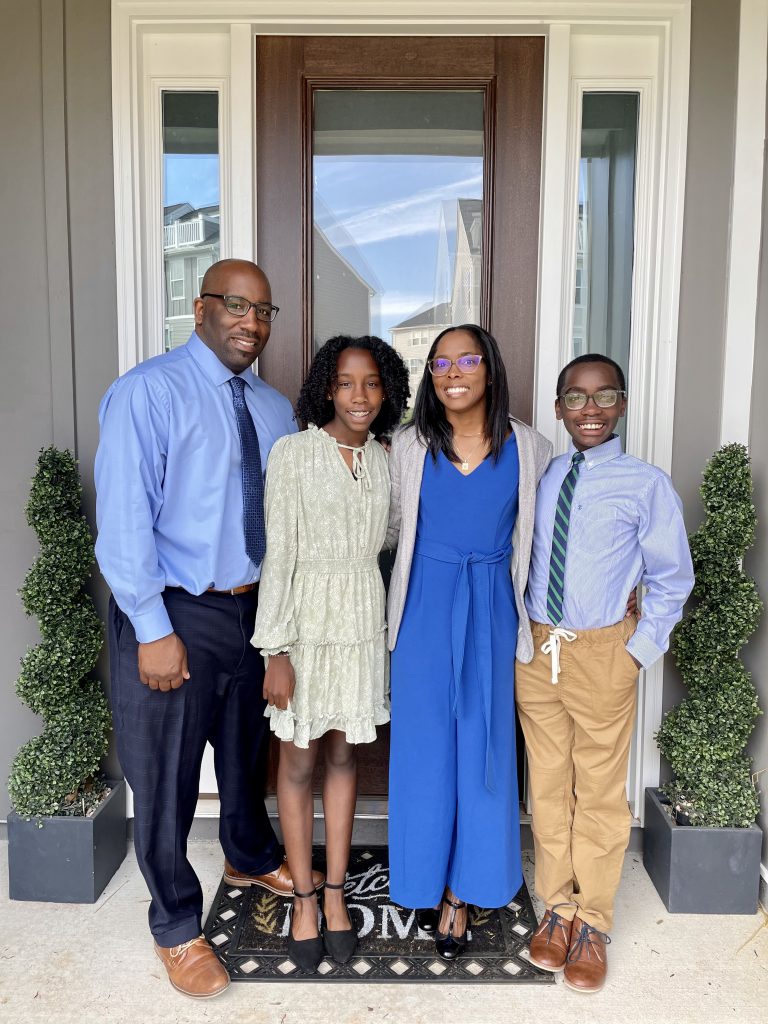 Photo provided by interviewee. Lance and his wife and children.

Work Life Balance
Things were different for Lance when he was a single man and moving up the ranks as a firefighter in Charlottesville. But things changed tremendously when he got married to his wife Shelley and they began a family. “When the twins (Landon and Olivia, now 13 years old) came, it became very difficult to have twins and two parents with demanding schedules.” Lance’s wife Shelley is an athletic trainer for UVA Athletics Department and it was very important to have an extended family who could be counted on to support when the kids were younger. Lance credits his mom, Jennifer Blakey, with a lot of support, “Definitely my mom has been helpful in supporting us through the years.” 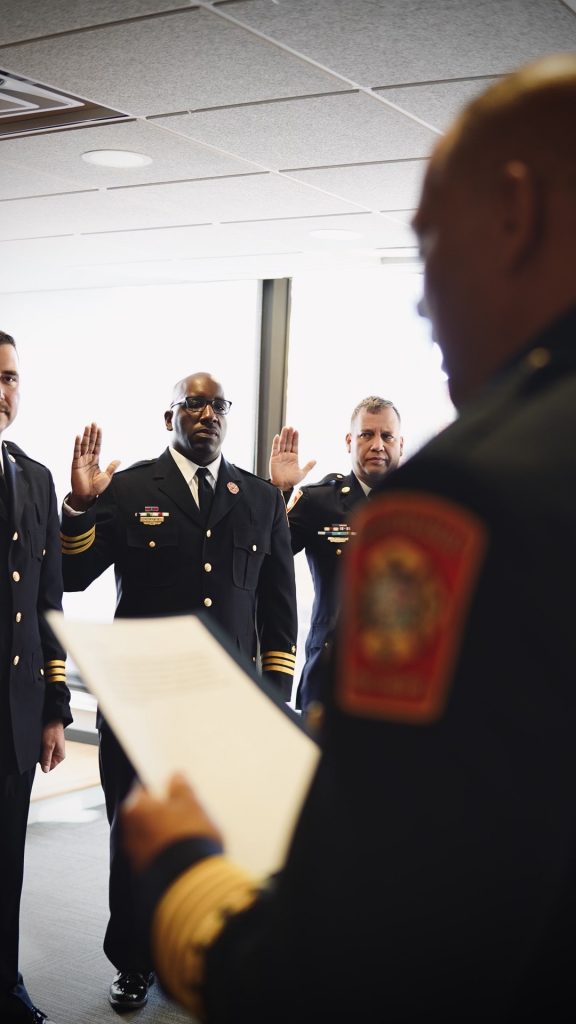 Lance being sworn in as Battalion Chief. Photo provided by interviewee.

Service
Becoming the Battalion Chief and leading all things administrative to include hiring, promotions, and professional development, this is a watershed moment in the history of Charlottesville. In a series of firsts like Celia Thompson becoming the first Black woman firefighter and the first to retire from CFD, this is another significant moment. Among other battalion chiefs, Lance is the first in the 166 year history to be Black. A Black person has never made the second promotional step. It has not always been an inclusive environment for people of color and women, so this is monumental and Lance understands that he stands on the shoulders of others who came before him.

Of this accomplishment, Lance closes, “It is my home. It is where I was born and raised. I went to high school and forged relationships. I’m honored to serve my community in this way.”